Romanian activist: The young woke up when corruption started to kill

Romania is successful in fighting corruption also thanks to the cooperation between the civil society sector and businesses, says Elena Calistru.

In Romania she is in charge of Funky Citizens, an organization which uses its tools to educate citizens and increase their civic engagement. She was invited by the Pontis Foundation to participate in the Corporate Philanthropy Forum in Bratislava.

Why did you choose to name your organization Funky Citizens?

We were inspired by a book titled Funky Business, which speaks about how business should change and adopt a new approach to clients and society. We were thinking if we could do something similar for citizens and the non-profit sector. Our organization is trying to increase the number of “funky” citizens, citizens who are informed, know how institutions work, how their taxes are managed. We focus on young and active people. We are trying to talk about topics like corruption, judicial reforms and taxes in a manner they could identify with.

Are young people in Romania interested in public affairs?

Unfortunately, young people, I mean people between 25 and 40, were not really interested in public affairs. For example, they didn’t participate in elections. However, this generation had quite a substantial representation in the latest demonstration. Last year, we also recorded a rise in interest in public affairs. It was after a big fire at a night club in Bucharest. At that time they found out that corruption is more than a word they can hear on the media, that it really exists and affects their lives. They gained the experience that their friends, brothers and sisters or other close people can pay for it with their lives. It was a wake-up signal for this segment of society.

About thirty people died in the fire in 2015. How was the fire linked with corruption?

The club had a licence for operation. However, the prosecutor later found out that although the enterprise had not complied with required safety standards, it had a permit issued by the city council. The city officials had probably accepted bribes for it. The fire was followed by another scandal. Many injured were taken from the club to a hospital that faced a shortage of medical supplies. Investigative journalists found out that the particular facility had a problem with public procurements. They had been simply rigged. After several days of street protests Prime Minister Victor Ponta resigned. Corruption in the public sector became a hot topic. 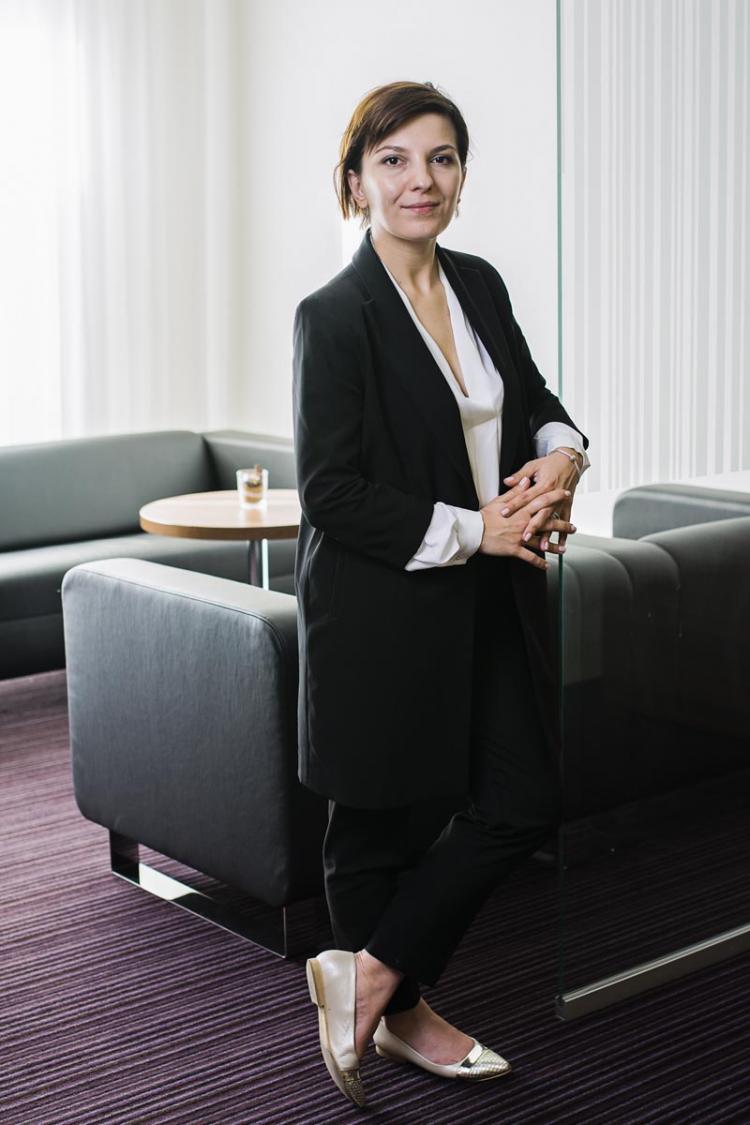 I cannot image I would get grants from the government and at the same time check it.

You try to communicate difficult topics to young people. How do you go about it?

Of course, we go to where young people spend most of their time. We use Facebook a lot. It’s very popular in Romania. But we also organize “offline” events – discussions, gettogethers, we visit secondary schools and universities. I think these events are increasingly more important. Last week I went to a discussion with about two hundred students. When I asked who would like to stay in Romania after graduation, almost nobody raised their hand. That’s a very bad signal. We are trying to deal with this problem. If we involve more young people in public affairs and give them opportunities, they will have hope that things can be improved and they can contribute to strengthening democracy in their country.

Slovakia faces the same problem. According to surveys, one in seven applicants for university studies wants to go abroad.

What partners do you work with?

With municipalities, town and city councils which want to function in a more transparent manner and show how they spend their budgets. Some institutions are fighting back. We are then “trolling” them, using different methods and all means permitted by law. We are writing letters to them, appealing to them on Facebook, inviting their representatives into discussions. I think in all public organizations there are people who would like to be more open to public control, so they need our help to assert themselves. No change can be made in a week or a month, but public pressure is very important. It must be exerted jointly by non-profits, the media, and business.

You had a project with a bank. What was it about?

We wanted to monitor the expenses of three Romanian cities and open them to public control. The private partner was first willing to support and fund a project in the area of financial education. They wanted us to teach people how to manage their own money better. We persuaded the partner that it was equally necessary for citizens to be able to check what was happening with their taxes. At the beginning, they were a bit stressed out. They were afraid that their local branch offices would be under pressure. But after all, they agreed, and everything turned out well. We spent the project’s budget in a very constructive manner. We didn’t gather outside town and city councils to protest, but we sought to involve them in the whole process.

And what about businesses in Romania? Do they get involved in public affairs?

I think it is similar to Slovakia. Several years ago, entrepreneurs kept distance and didn’t want to openly comment on public affairs, corruption, or the functioning of public institutions. However, things have changed recently. Large corporations and business associations are saying quite openly that they want the state to fight corruption, that they want fair conditions and competition. It is a very important development. Until recently, private companies thought they could stay out of these issues and do their business unless they participated in public tenders. Unfortunately, it is not like that. Corruption has an effect on the entire environment, including the market. The private sector in Romania realized it and woke up.

Yes, philanthropy expenses have risen. Initially, companies spent money especially on social issues, children, the poor, or the environment. However, later on there was more willingness to invest in building civil society. For example, a fund of social investments was created. It receives contributions from private companies and is managed by non-governmental organizations. They support small projects, but projects that are innovative. 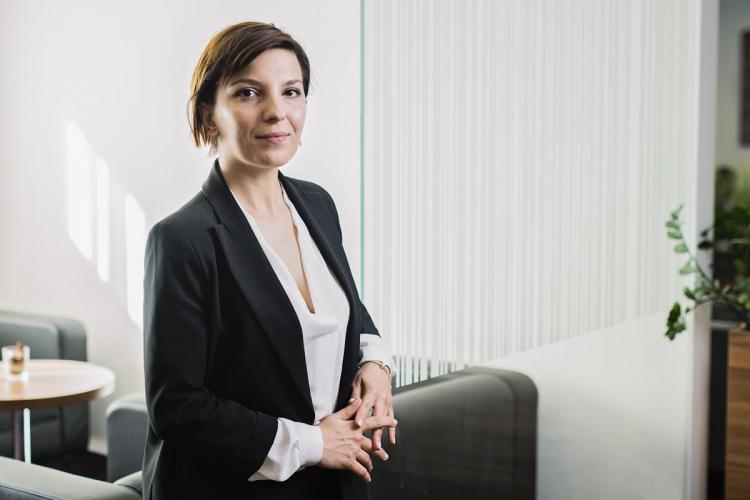 The Slovak government wants to fund the third sector. It is planning to allocate EUR 15 million from European funds for this purpose. Would you accept such funds?

Why do Romanians still consider corruption to be a problem despite the fact that several influential politicians have been convicted?

Paradoxically, the activities of the National Anticorruption Directorate, which is very efficient in revealing corruption cases, might have contributed to this. It informs about corruption cases daily. There has also been a rise in the influence of investigative journalists who reveal corruption cases. There is a general feeling that there is more dirt because the carpet that was hiding it has been lifted. However, everyday life shows there is less corruption now. Of course, there are sectors in which corruption is rooted, especially when it comes to public procurements.

In Slovakia the carpet has not been lifted yet, but we are a country with a high perception of corruption. Is it linked with the legacy of socialism?

Probably yes. Communism was typical for a culture of passivity, disguise, and protectionism. It didn’t expect citizens to be able to exercise their rights. The role of the government was not to serve them. Our democracy is still very young. We are teenagers, our system of checks and balances is not well-developed yet. 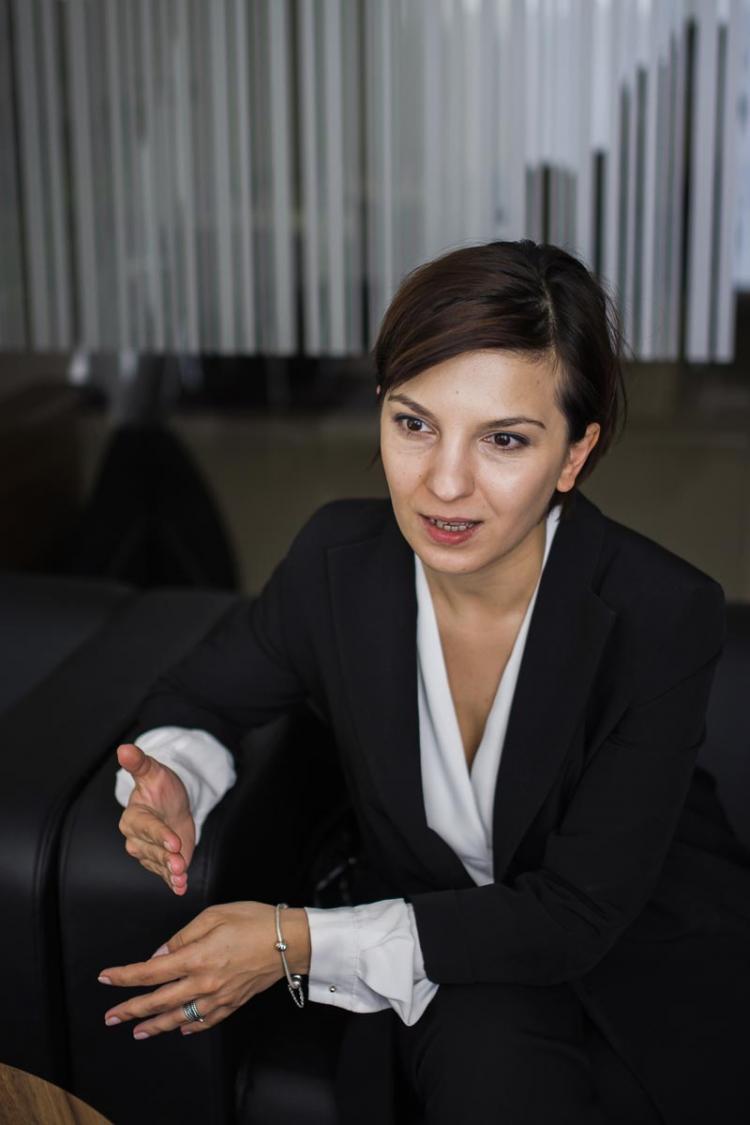 Corruption in the public sector became a hot topic in Romania

Which of the reforms was the most beneficial for Romania in this respect?

The establishment of the National Anticorruption Directorate was of the utmost importance, especially the fact that it is completely independent. Then the judiciary which has experienced a change of generations. The positions of judges and prosecutors have been filled with young people, who are very open to society and don’t think they are gods. What matters to them is reputation, not pay or something else.

Immediately after its appointment, the new Romanian government tried to introduce changes that would have been a step back in fight against corruption. After mass demonstrations, it withdrew the law. Do you think they will attempt something similar in the near future?

They already did, several weeks ago. They might have relied on citizens being tired of protests. The parliament dealt with a proposal which would have mitigated punishments for suspects of clientelism and corruption. It went through a parliamentary committee, and before the other chamber of the parliament started dealing with it, people took to the streets again. As a result, the proposal was unsuccessful. However, in a normal democracy the parliamentary opposition rather than the civil society should hold the mirror up to the government. Yet, the opposition in the Romanian parliament is very fragmented and chaotic. It isn’t working.

Do Romanians like protests? Is it a national tradition that so many people take to the streets?

No, our culture of protests is fairly new. Mass demonstrations became relatively common in 2012 and 2013, and since then this trend has been on the rise. The reason is that our politicians are not only corrupt but also arrogant. This might be different in Slovakia. Our politicians think they cannot be stopped.

Do you think our politicians are less arrogant? Our people voice requirements in demonstrations, but the government won’t listen. It is the other way round in your country.

It depends on the number of people in the streets and the consequences of protests. For example, in the winter a part of the private sector interrupted operations. People didn’t go to work although they weren’t on strike. Imagine hundreds of thousands of workers who are in the streets until late at night and don’t come to work the next day. Labour productivity went down. It also helped that foreign media were covering the events. 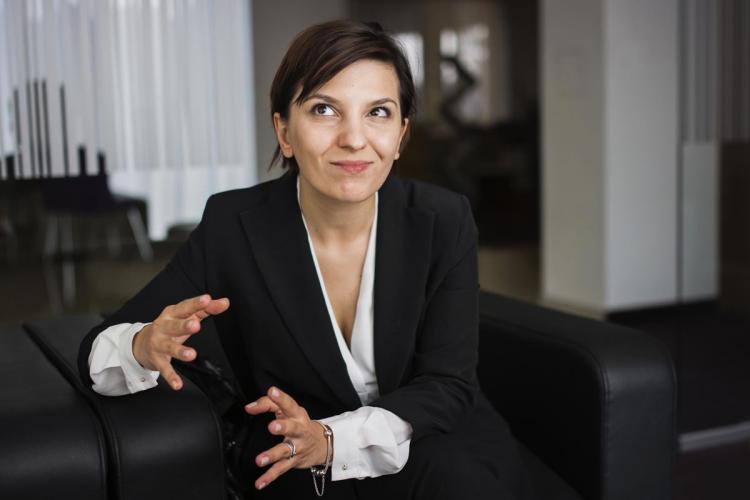 Slovak businessmen complain about corruption. But how can they fight against it?

I think they should focus most attention and pressure on public tenders. Not only on making them more transparent but also on making them more understandable to citizens. It is the public who can exert pressure on this environment. Entrepreneurs who obtained public contracts thanks to bribery are ruining fair competition. In business you cannot compete against someone who has advantages. Romanian investigative journalists have significantly contributed to improving conditions in this area. The quality of investigative journalism has considerably improved in recent years.

Despite the fact that most major media houses in Romania are owned by oligarchs and some of them have been imprisoned?

This article has been published with the courtesy of its author Zuzana Petková. The original article is available at the Trend magazine’s website.