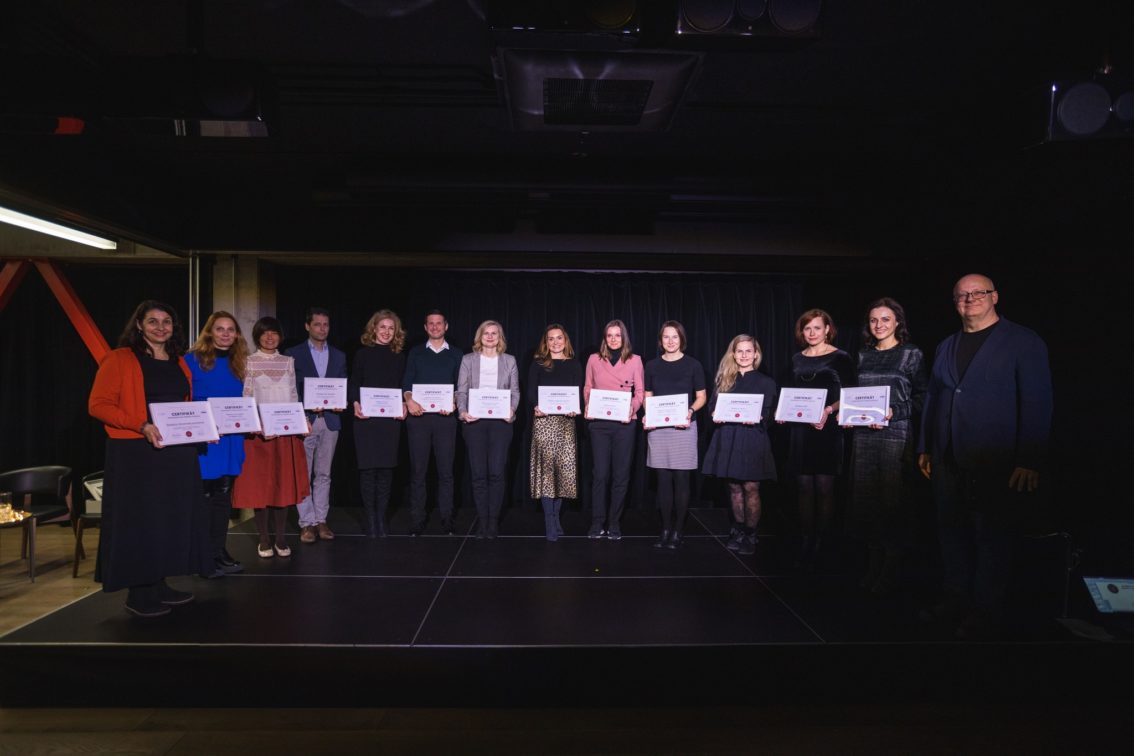 15 corporate foundations and endowment funds received the certificate of transparency

The Association of Corporate Foundations and Endowment Funds (ASFIN), administered by the Pontis Foundation, presented Transparency Certificates to 15 corporate foundations and endowment funds on the 1st of December. The condition for obtaining the certificate was acting following the ASFIN Code of Transparency, which defines 23 attributes in the area of management, financial overviews, grant awarding and communication. KPMG carried out the audit.

In 2021, the following became transparent foundations and endowment funds:

Part of the event, during which certificates were awarded, was a discussion on whether and how companies respond to the current needs of civil society. The speakers were Michaela Pobudová, director of the Mareena organisation, and Fedor Blaščák, director of the Open Society Foundation. The discussion and the entire event were hosted by Ivan Ježík, founder and director of Voices.

Funding of organisations is mainly covered by European grants

“Non-profit organisations do not have it easy in Slovakia. We have great reserves in the field of individual philanthropy. We miss the so-called superphilanthropists, who can be found, for example, in the Czech Republic,” said Fedor. In his opinion, organisations are often in a financial deficit. They have no other option than to obtain funds through various crowdfunding campaigns or European grants.

In Mareena, which focuses on the integration of foreigners and plays an important role in helping refugees from Ukraine, they think of their fundraising activities as divided into two periods – before the Russian invasion in February 2022 and after it. “Before the war, the topic of integration of foreigners was a marginal topic. It was very difficult for us to get resources for our activities and the organisation’s functioning,” stated Michaela. She mentioned their first-ever donation was 10,000 euros from an international organisation. Later, they looked for different financing options, such as contributions from the municipality or corporate foundations. Still, they were too low to cover the costs. Only European projects gave them stability.

After the migration from Ukraine as a result of the war, their topic gained importance. “Out of nowhere, a company said they would like to donate 50,000 euros to us.” Michaela Pobudová admitted that there are acute situations when they have to act, and they only think about financing in the second step. “This happened when we were helping on the Ukrainian border. We sent volunteers there, provided what was needed, and only then did we decide where to get the resources from.”In the case of aid in Ukraine, they managed to get resources, but this is not the rule. They provided similar assistance a few years ago in Afghanistan when the Taliban came to power. “We assisted in the evacuation and provided basic needs. Five people worked intensively on it, but we only managed to collect 3,000 euros.” 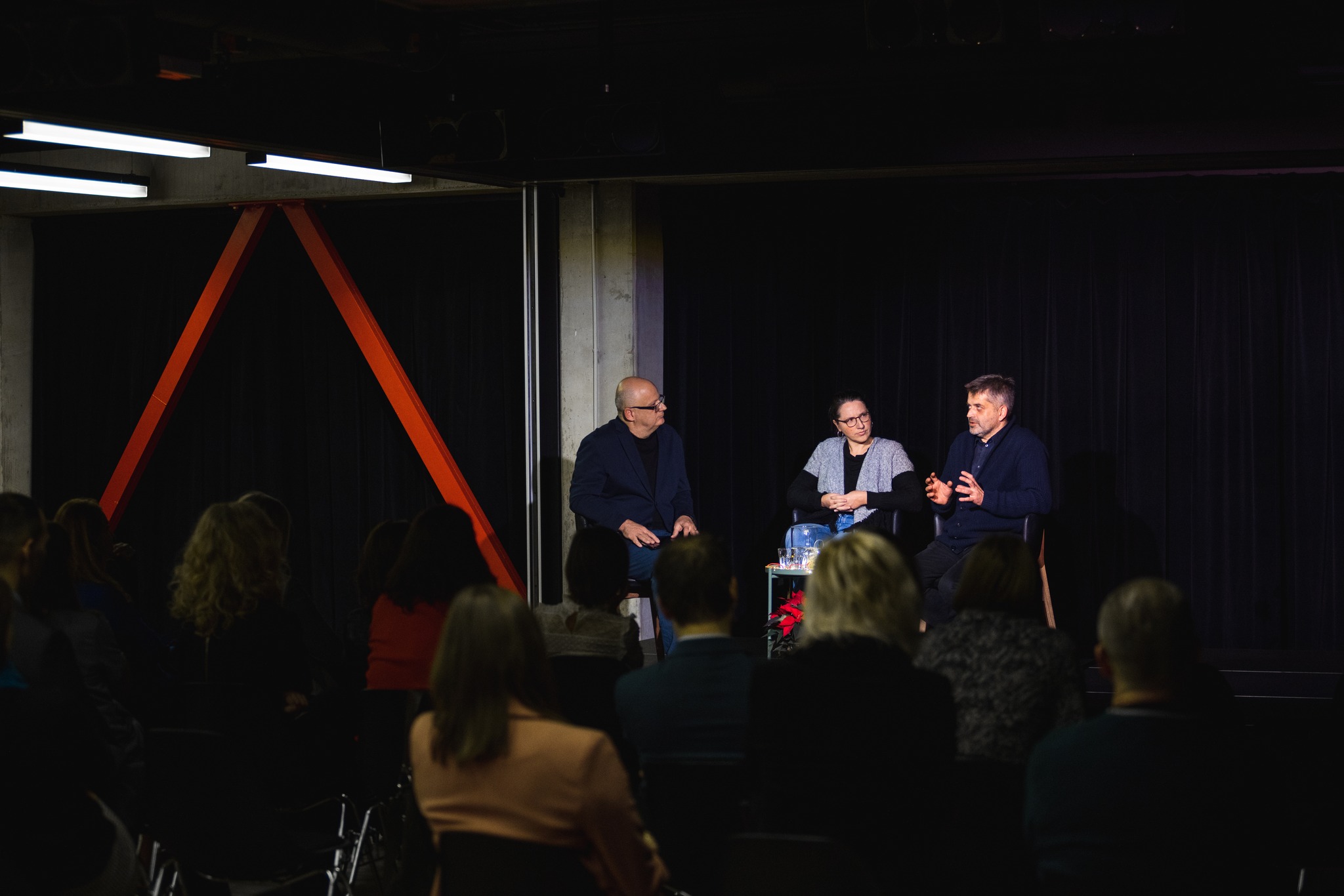 The event included a discussion on whether companies respond to the current needs of civil society.

How to search for new resources?

According to Fedor Blaščák, non-profit organisations have enormous possibilities for fundraising, thanks to the technological progress that brought a new fundraising era. “Many campaigns of non-profits are at a high level. They are creative and inspiring, in some cases, even too much. It’s on the right track. You cannot lose authenticity.” Instead, he sees the problem in finding new donors. He added that organisations should not look for donors among the TOP 100 companies but among smaller companies in the regions. “There are many strong people in the districts who, although not in magazines, have been in business for 20-30 years and have the resources to do so.”

Michaela Pobudová sees added value in that the non-profit can quickly react to the situation. “At the same time, it is good if its employees are experts in their fields. It can greatly enhance the reputation of the sector,” she added.

For their operation to be sustainable, they need finance for development

“What organisations currently lack are funds for their development, for capacity building. It is not enough to give money for a specific activity because there is much more behind it,” said Fedor Blaščák. According to him, we have many established organisations and projects in Slovakia that are reliable partners. He suggested that corporate foundations allocate part of their annual budget to institutional support for these organisations.

Michaela Pobudová agreed, relying on her own experience. “The first years were difficult for us. We worked from project to project. We lacked money on the side so that we could, for example, pay a person for fundraising, communication or to create a donation portal.” In a short time, Mareena grew from less than 20 to 70 people, so that they would need a person with experience in HR. “Both companies and the state must understand that for organisations to function sustainably, it is essential to provide them with the means to build capacities.”