At the beginning there was a campaign

The Pontis Foundation has organised many interesting events over the course of 20 years, but among them there was 1 crucial campaign – Rock the Vote. 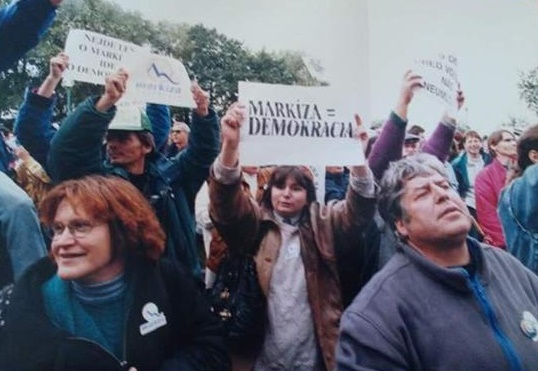 Year 1998: Slovakia was a young country and the politics didn’t seem to be very optimistic, especially not for non-profit organizations. When the Pontis Foundation was founded in 1997, its first pillar was dedicated to the need of civic activation and activation of young people. “Since only about 20% of first-time voters took part in the 1994 elections, we saw a great opportunity, almost a necessity to activate ourselves. That was why the campaign Ro(c)k volieb ’98 (Rock the Vote ’98)was launched, “explains Lenka Surotchak, director of the Pontis Foundation.

The idea came from Overseas

At that time, a volunteer of the American Peace Corps was engaged in our foundation. When he saw our statistics from the 1994 elections, he told us how was a similar situation resolved in America. The programme was called Rock the Vote, which mobilized young people to go to elections. “So we let us inspire. During the winter of 1997, we prepared all the necessary licenses to start the campaign in the following year,” explains Lenka.

We mobilized young people to come to elections

The campaign was based on the fact that the young people were addressed by their idols, the people they admired – singers, musicians, bands … “They asked them to vote, nothing more. The campaign was apolitical. It didn’t matter who they would vote for. Important was that they would come to the polls and don’t stay indifferent,” recalls Lenka. 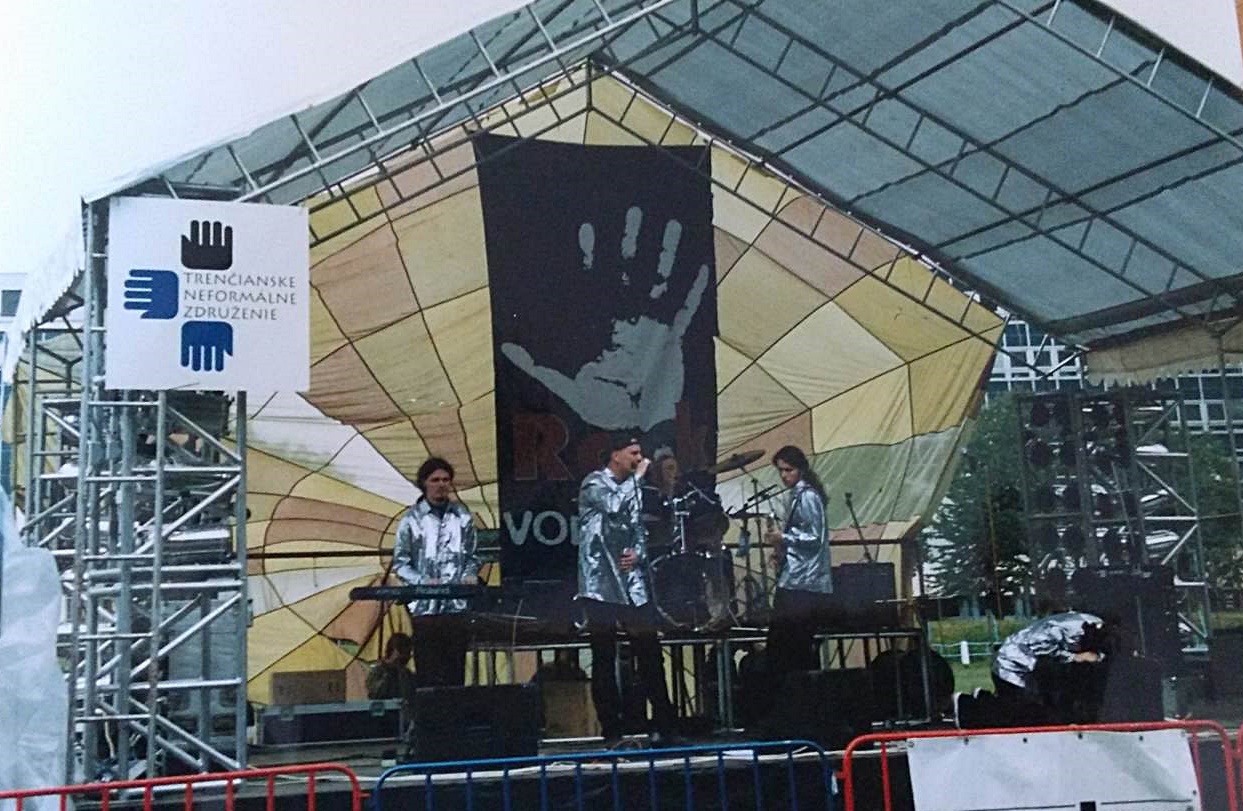 There were many accompanying events taking place to support this campaign. These included, for example, a shuttle bus with an internet café. At that time, the Internet was not a common thing, so it immediately gained the favour of the Slovaks. Other events featured various concerts or meetings for young people. An important part was also the cooperation with newly created commercial TV Markíza. It provided media space and screened TV spots with the theme Ro(c)k the Vote. They were taken over by the American MTV, staring American musicians. “I was very fond of an advertisement with a glass of water. Drop by drop was falling down. The last one overfilled the cup. Every single vote can make a change. It was such a powerful element,” confirms Lenka.

The results were incredible

In the previous elections, the participation of the first-time voters was very low, only around 20%. Now it has turned out that the whole campaign was meaningful. The number of young first-time voters increased to over 80% in the 1998 elections! “The situation changed rapidly. These were really the voters of change who voted for democratic parties, “adds Surotchak.

The Pontis Foundation is celebrating its 20 years anniversary. That’s why we have decided to give you closer insight into its success and activities over the past two decades. We believe we have left a visible tracein Slovakia. You can read, for example, about our beginnings, Our City or our activities at the Pohoda festival.