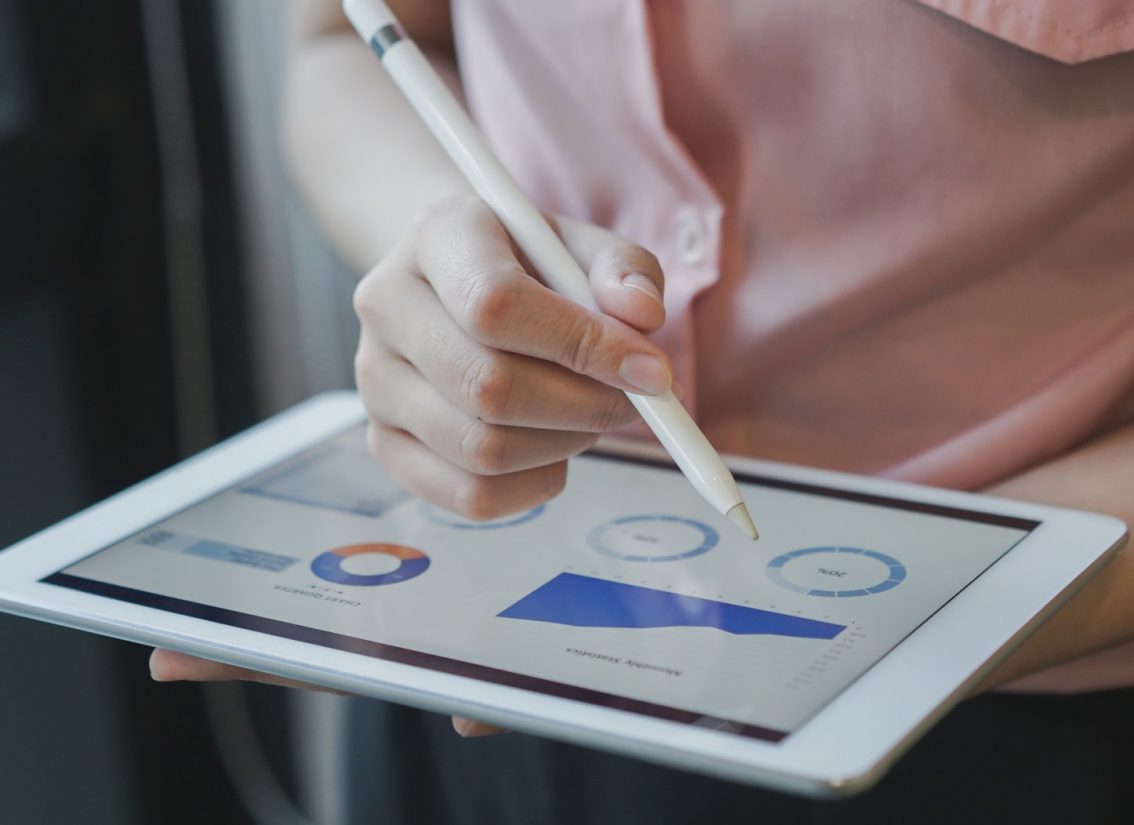 Companies should not see emissions measurement as just an obligation. It can also give them a competitive advantage

Businesses should address the climate change and take active steps to mitigate its effects. According to the BLF survey, both people in Slovakia and the European Union think so. The European Union has obliged companies to measure their carbon footprint from 2023. At the BLF Relay online event, we talked about how to conduct such measurements, how to deal with their challenges and how to prepare. Environmental expert Viktor Třebický, the founder of the Czech consulting company CI2, and representatives of the BLF member companies, such as Plzeňský Prazdroj, ESET and VSE, shared their experience.

Last year, greenhouse gas emissions fell by 5% globally as a result of the pandemic. “Given the wide impact of the pandemic, this is surprising and shows us how difficult it will be to achieve carbon neutrality,” said Viktor Třebický. China currently produces the most emissions, followed by the US and the European Union. He further emphasised that we should keep in mind also cumulative, i.e. historical emissions. “If we burn a litre of gasoline today, the emissions that go into the atmosphere will stay there for another 100 years. A fifth of them for even 500 years.” For this reason, the European Union, which is the world’s second-largest producer of cumulative emissions, is now actively taking steps to reach an ambitious goal of making Europe the first carbon-neutral continent by 2050.

Why is it important to measure CO2 produced by businesses?

“States can set regulators and energy policies, but in the end, the result depends on their implementation by households, local governments and companies,” said V. Třebický. That is why the European Commission has presented a directive on non-financial reporting, which will come into force in 2023 and will cover a much wider range of companies than before. These companies will have to report their carbon footprint, i.e. the total amount of greenhouse gases that correspond to their activities and/or products.

The carbon footprint will soon become a key indicator of the company’s sustainability. It is also confirmed by the experience of V. Třebický, who worked with dozens of companies to calculate or verify their carbon footprint. “Slowly, but certainly, this is becoming not only a market requirement, especially for large companies, but it is important also to investors and major clients. They ask about how carbon-intensive companies are.” Besides the company’s sincere interest in the future of the planet, another reason to measure the CO2 footprint is to enable them to compete for contracts successfully.

Emissions can be measured in three categories

Businesses most often determine their carbon footprint in accordance with the GHG Protocol procedure. It divides emissions into three categories according to their origin, the so-called Scope:

Scope 1 – These are direct emissions that the company generates. They include, for instance, emissions from heating, company vehicles, air conditioning and industrial processes.

Scope 2 – We include indirect energy emissions here. These are those that are associated with the consumption of purchased energy (electricity, heat, steam, cooling). They are not created directly in the company but rather as the result of its activities.

Scope 3 – These include other indirect emissions that arise as a result of the company’s activities and are beyond its direct control. These include business trips, waste management and the purchase of raw materials.

Measuring the carbon footprint as an opportunity

Třebický recommends that companies perceive the measurement of the carbon footprint not only as another obligation but also as an opportunity. He thinks that mapping emissions will be the best starting point for setting measures aimed at their reduction. Besides, later this will be a necessity when presenting the company’s activities. “Even if it comes at a cost, it can save you money.”

Thanks to accurate carbon footprint data, the sustainability aspect of a company can become key when making decisions. Leoš Vrzalík, Sustainable Procurement Lead at Asahi Europe and International, which also includes Plzeňský Prazdroj, confirms this: “Decision-making is no longer just about economics or marketing. We also assess everything in terms of sustainability. A new product can be great for marketing, but if it is associated with a higher carbon footprint, we perceive it as negative.”

How can a company start measuring its carbon footprint?

Even before a company starts measuring its carbon footprint, owners and managers must realise that the whole process is just the beginning. Measures need to be designed and implemented to reduce emissions. The next step is to determine the scope of reporting. Many companies start measuring under Scope 1 and 2 and expand it by indirect emissions in the next years.

The company’s management should also set organisational boundaries. “Some companies include everything they can control. Others use the so-called equity share, i.e. they take into account only the emissions of the share of the company they own,” pointed out V. Třebický. It is also crucial to put together a team that will collect and process data. Data collection ideally takes 1-2 months. In production plants, it is more complicated. The process can take even half a year.

When all the collection of the data is completed, other steps follow, such as the calculation and the processing of the report, its presentation and the drafting of recommendations. “It is a relatively common practice that companies request that the calculation be verified by a third party – an independent auditor,” said V. Třebický, who also pointed out that it was necessary to think about when implementing measures, we should also keep in mind their economy. For example, buying electric cars is an expensive thing, but it does not save much carbon footprint. Therefore, most companies are starting to buy green electricity.

For some companies, measurement can be a problem

In the beginning, measuring the carbon footprint can be problematic for companies. “It requires the collection of a huge amount of data, moreover in a form that has not yet been used,” said L. Vrzalík. In Asahi, indirect emissions (Scope 3) were first measured in 2019 at the level of 18 European breweries. “Although this area is experiencing a huge boom, most companies are still not used to reporting these things,” he added. Some companies in the value chain even refuse to provide the data because they consider it an internal matter. In many cases, average market data must suffice as other data are unavailable.

“Scope 3 is very extensive. Therefore we are starting gradually,” said Lucia Marková, CSR Team Lead at ESET. The first step for them was to define the items that have the greatest impact on the carbon footprint. Now, they are going to work to reduce them gradually. Besides heat consumption in the buildings they rent, the largest volume of their indirect emissions is energy from data centres. ESET does not operate them. The company uses external suppliers, but the emissions generated in this way are related to the company’s activities. For this reason, the company introduced measures on the selection of data centres.

The implementation of measures needs to be communicated to employees sensitively

Many measures on reducing the carbon footprint concern employees directly. They should understand why the company is coming up with changes. “We try to ensure that every step is communicated as a benefit and help to the environment,” said Adriana Kakárová, communication specialist at VSE Holding. The company uses an internal website entitled GUSTO, where employees can contribute ideas or innovations related to green processes. Twice a year, they also have the opportunity to sign up for an innovation workshop in which they choose a cause or a problem and work on its solution.

Emissions compensation as a last step

One way to reduce emissions is to offset them by investing in climate protection projects. According to V. Třebický, however, this should be a last resort. “It can be a good way if the company is no longer able to further reduce its own emissions,” he warned at the event. According to L. Marková, people perceive that this should be a second step. “We have set an ambitious plan to move towards carbon neutrality by 2040. We plan to compensate by conserving biodiversity on the site of the future ESET campus, which we will do sensitively, with an emphasis on the nature of the zone,” she added.

L. Vrzalík agrees. He said that they would not compensate for their emissions by planting trees in Colombia: “We are debating in the company whether it would be possible to compensate for emissions by working with our farmers and helping them reduce carbon footprint. We want to be as local and as close to our business as possible.”

Leoš Vrzalík, Asahi Europe and International: “Do it with the understanding that you want to achieve something. Let it not be greenwashing, but the real goal to reduce the carbon footprint. I recommend contacting an external company, at least initially, to help you with this.”

Henrieta Fabiánová, VSE Holding: “It is time to start measuring, whether out of conviction, or as part of the obligations for companies to cover in their non-financial reporting. Create a team, start working and gather information. Management’s sincere interest in reducing emissions is an important example for employees.”

Lucia Marková, ESET: “It is important to set a headline target and sub-targets for each period. Create a roadmap that will present specific steps and their subsequent implementation. Do not forget about the rapid changes that may affect the carbon footprint next year.”