Goal setting for development cooperation will be always important

The Development and Democracy conference presented some possible scenarios for development cooperation after 2015. 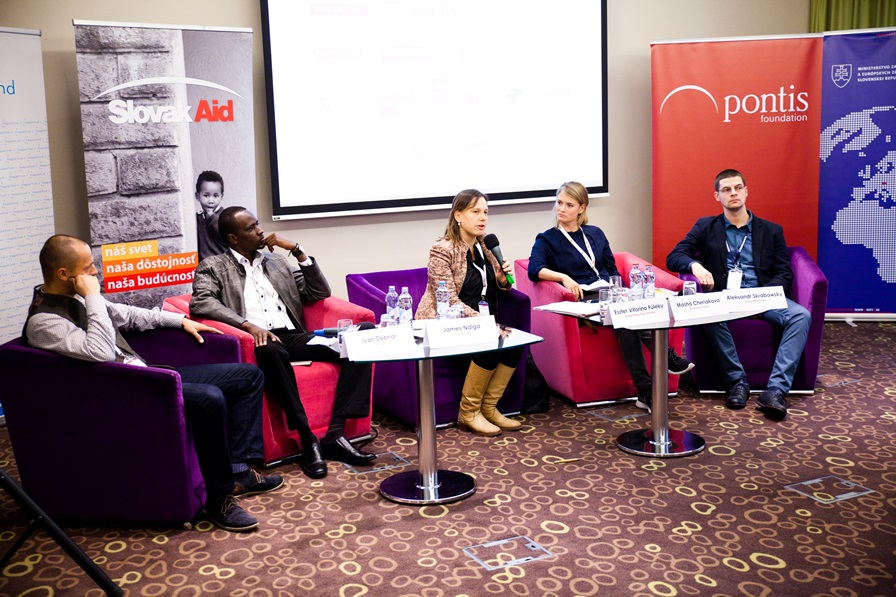 Apart from environmental topics, technological innovations will come to the fore. “Achieving  Millennium Development Goals is not that important, but creating growth is what one should consider crucial”, said Thomas Vogel from the Austrian non-governmentalorganization Horizont 3000 at the beginning of Monday’s Development and Democracy conference.

The goals which participants set up will enable us to put pressure on governments and to set priorities. The 17 new goals for sustainable development, recently established by the United Nations, were expanded in the area of development cooperation in innovations: these include several new initiatives from the creation of social companies in Belarus, to technological innovations in East Africa, and strengthening the role of education in the world.

On Monday, all of the above, Slovakia’s 2016 Presidency of the Council of the EU and the global position of the Visegrad Group (V4) was mentioned. More than 30 experts from all over the world participated in lectures and panel discussions.

Crowdfunding as a possible answer

The keynote speaker of the event was Mari Kuraishi, co-founder and President of the charity fundraising web-site GlobalGiving.org. Since 2002, the portal of this former manager of the World Bank (WB) has raised 195 million dollars from 487 thousand donors. It has already supported 13 thousand projects in 165 countries.

It was the work of the World Bank that motivated Mari Kuraishi to become engaged in a charity work. The bank was rather hesitant in granting small and risky credits. “It was assumed that the people whom we should help were unable to solve problems.“ In the case of the WB it meant that the institution was sending its most creative and educated experts into developing countries.

Thanks to GlobalGiving, people who would otherwise not get resources, now have the possibility to get them. Kuraishi says: “We are not fanatics on what, but on how.“ People from all over the world can support a wide range of projects including the food supply for earthquake survivors in Nepal, raising public awareness on waste in Armenia or rescuing primates from illegal trafficking.

One cannot hide from the world

The conference didn’t avoid the subject of migration. Katarína Mathernová, representative of the European Commission, said that the civil war in Syria has been going on for four years but the EU is still not prepared for its consequences. Therefore, nowadays realistically speaking, there are two possible scenarios.

The first is that Europe will come up with practical measures in order to allow legal migration. “There are only a few things as predictable as demography. Today, you know exactly who will be your labour power in the next 20 years,” explains Mathernová. “The idea from the 1950s that we all will live in a familiar and comfortable environment is not very realistic, unless unexpected population growth happens.” On the other hand, Europe needs to strengthen the protection of its borders, to support countries which accept refugees and also to better define safe countries of origin.

During the conference, the Pontis Foundation reminded participants of the results of its September survey which was taken by political parties. “Politicians in Slovakia find development aid important and have a fairly good overview of the official priorities of Slovak development cooperation,” said Lenka Surotchak, Director of the Pontis Foundation. The majority of Slovak political parties declared their will to raise Slovak contribution.

The 2015 Development and Democracy conference was co-financed from sources of official development assistance – SlovakAid, European Commission, UNDP and The International Visegrad Fund.