The joint project of the Pontis Foundation and the daily Nový Čas celebrates this year the tenth anniversary.

Heart for children celebrated its tenth anniversary in a rather spectacular fashion. The first weekend of December, JOJ TV channel broadcasted gala evening participated by many a famous personality. The highlight of the evening were, however, viewers and readers of the newspaper Nový Čas who showed that their hearts beat for kids. Thanks to them the account of Heart for Children has grown to € 320,626. Thank you! 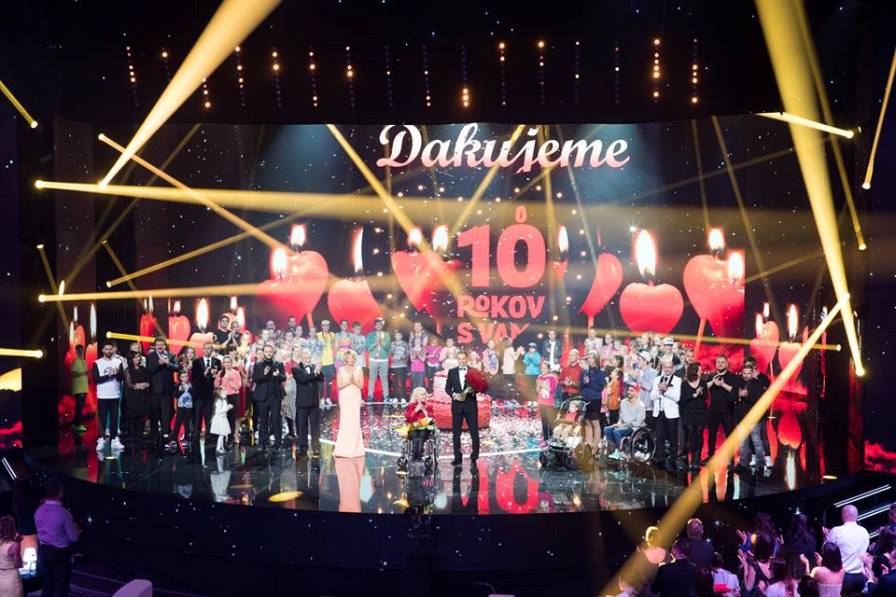 For the fifth time, the viewers could watch on television the evening dedicated to struggling families. They learnt about the fates of small children and their parents whom the project Heart for Children is helping for ten years already.

“Every year we register hundreds of applicants for aid. Thanks to the generous people of Slovakia we will be able to help most of them. We guarantee that every Euro donated goes exactly where it is needed – to help the children who need it most. “ says Katarina Turčanová, manager of Heart for Children.

The gala evening introduced several celebrities. Their performance paid tribute to children who did not let their situation overwhelm them and are leading an example for their communities. The programme included band Desmod, singers Adam Ďurica and Bekim Aziri as well as Kristina Peláková and Marta Jandová. Viewers also saw a preview of the most recent musical by Ján Ďurovčík Šľahačková princezná (Whipped Cream Princess). As part of her big comeback, also the legendary Marika Gombitová performed.

“I did not have the privilege to have children of my own. I do not know what mum I would be, but I know that I would give my children everything in the world. Fate willing, I give a piece of my heart to those in need. And children need our help even more because they are vulnerable. If I could, I would gave them all my heart,but I cannot. So I hope they will be pleased at least with my embrace that I send them through the project Heart for Children “ she told the daily Nový Čas. 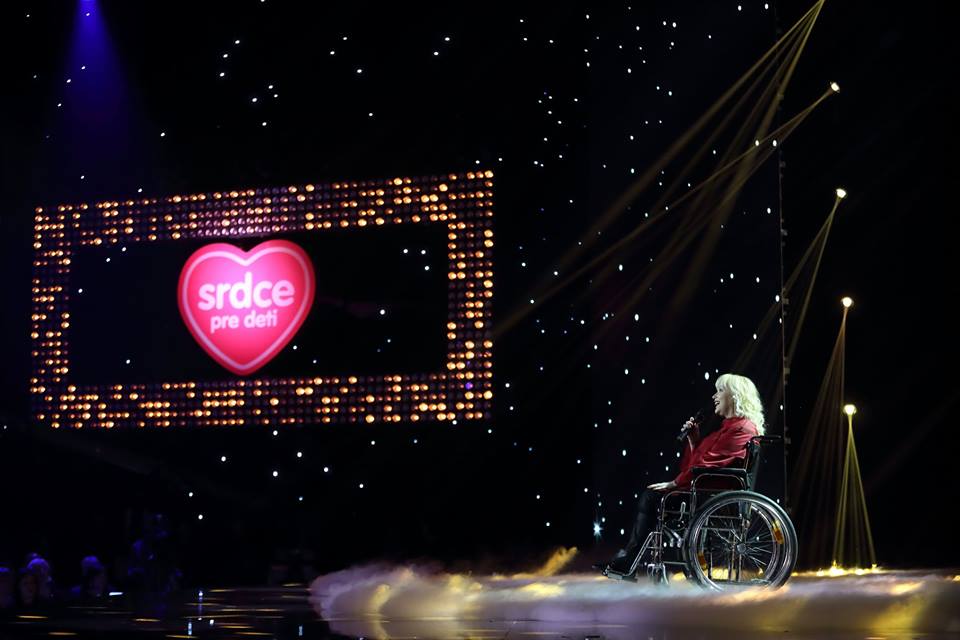 The audience was led through the evening by anchors Adriana Kmotríková, Ján Mečiar and Milan Junior Zimnýkoval. Their interviews with families aimed to pint out their strength and solidarity reinforced through difficult life moments.  For example, Martinka and her mother were introduced. Her story also wanted to tell the world more about cystic fibrosis Martinka suffers from . “The cystic fibrosis is not widely talked about, people are unaware of it and it causes problems for example, with the authorities’   said Martinka´s mother, Mrs. Lucia Novobilská.

The project history project was outlined in detail by the editor-in-chief of Nový Čas daily Mrs. Júlia Kováčová: “We said that the country needs maybe Christmas every day”  she described the thoughts that passed through their heads at the beginning of Heart for Children.

“Project Heart for Children is the largest TV charity program in Slovakia and we at TV JOJ are very pleased with its popularity and its dimension since family, empathy and charity are fundamental pillars of the mission of TV JOJ. I am very pleased that the quality and mission of the program is appreciated by the audience and Heart for Children has become the most watched program of Saturday night in a universal target group. “ said General Director of TV JOJ Marcel Grega. 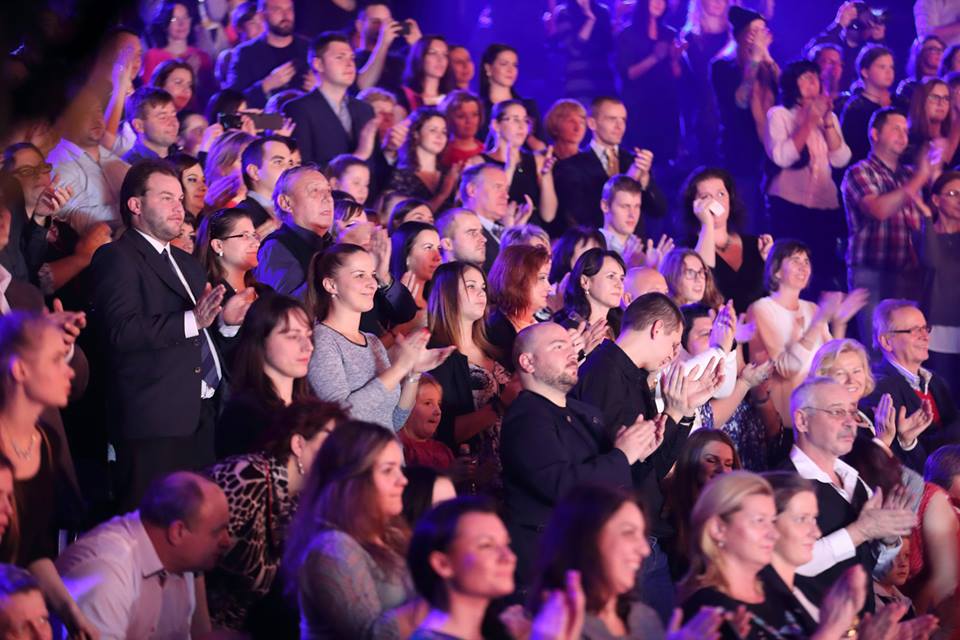 The gala evening helped to raise funds for Heart Children from generous people from all over Slovakia and ESET Foundation which donated € 20,000. Thanks to the total amount of € 320,626, the targeted and specific assistance to children in need will be available also next year.

View the photos from the gala evening

The project has helped more than 87 thousand brave children in 10 years of its existence in Slovakia . Together we managed to raise more than 2.6 million Euros. Supporting children in need is always possible. Just send an SMS with text SRDCE to number 871 or simply contribute on-line through the web: www.srdcepredeti.sk/#pomozem