Janette Motlová, founder of the NGO EDUMA, aims to change the attitudes of young people by telling stories in an online living library.

The project called Building An Online Living Library, which was supported by the Telekom Endowment Fund in the Pontis Foundation, should not only inspire and motivate, but also break down prejudices towards disadvantaged groups of people, according to Motlová. A living book is a person who tells people their story and this story has the potential to change the attitudes of the people who listen to it. Its goal is to make people build and develop their own ideas and critical thinking, not only copy the opinions of others, as well as to help them perceive a particular topic from many viewpoints and to be able to form their own attitudes. Janette Motlová pointed out that as the method of using living books has a long history abroad, it surely constitutes a valuable educational tool that Janette decided to use in Slovakia as well. 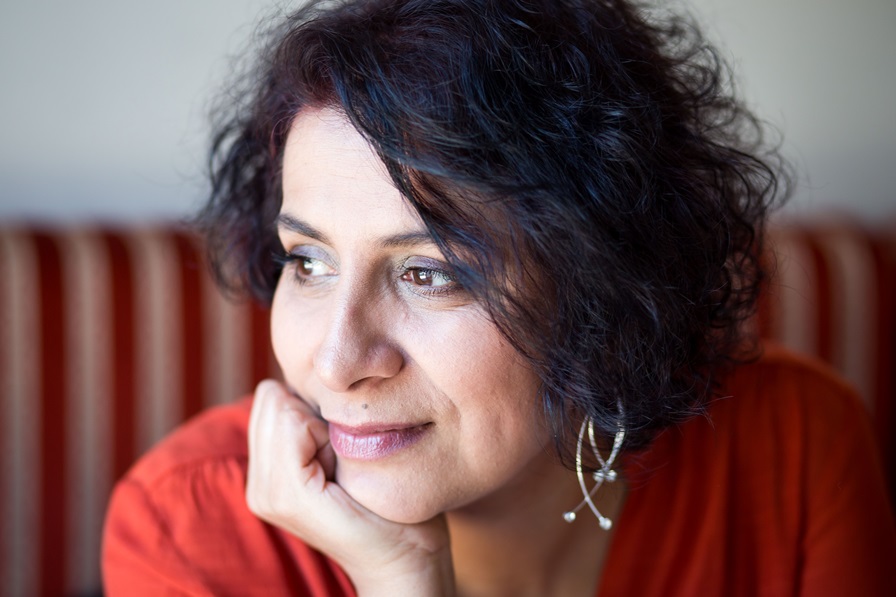 At the beginning, she worked together with living books at schools and in public spaces. Later she tried to figure out how to get living books into companies where they could help mould employees’ opinions. “We live in a world where there are many socially, physically, economically or geographically disadvantaged groups of people around us. By supporting this project, we also want to ensure that these people receive public attention and the feeling of being accepted. What makes people most reluctant is the fear of the unknown. Therefore, it is important that through living books people discover more about these groups of people and get rid of their fear,” said Juraj Récky, manager of the Telekom Endowment Fund in the Pontis Foundation.

“At the end of the last year, I prepared a training programme for the company Slovak Telekom on how to use an inclusive approach towards customers with specific needs.Inthis training I also used a living library. The Telekom’s employees met a migrant, a blind woman, a Roma person from a settlement and an integrated Roma man from a city,” explained Janette Motlová. Employees had the opportunity to experience them as living books, but also to observe them as so called “mystery” people. This means that they went with them to shops where they had the opportunity to see how they are approached in the service industry. “The training was very successful and employees understood which stereotypes these people experience in their daily lives. However, after the training we realized that using the personal contact of living books at every individual training, in order to change the attitudes of all employees, was not possible “, explained Janette. She added that “the idea of transferring stories into the online environment where a living book could be captured on video emerged at exactly that moment.” The goal was to create a tool which could be accessed anytime and anywhere. “In this case an online form was crucial as it is the best way to spread theexperience of living libraries among people without any limitations,” added Récky. 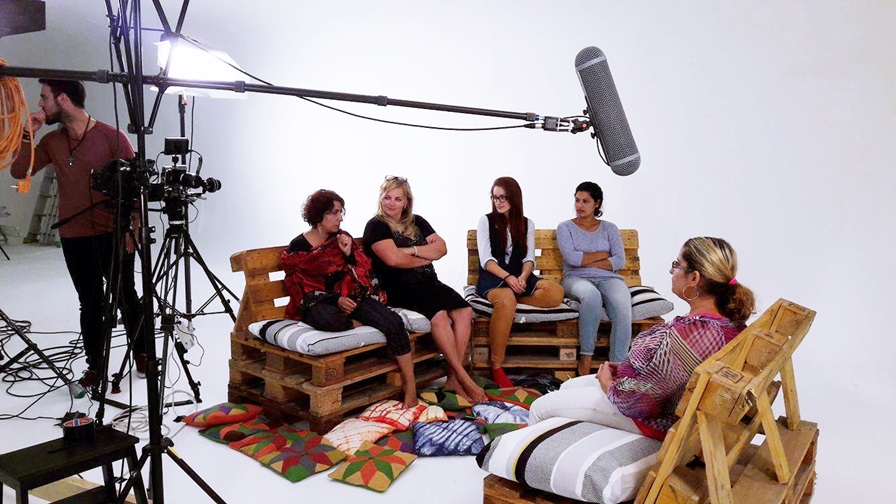 EDUMA deals with topics in which public opinion is most stereotyped

Before EDUMA’s employees decide to explore a certain topic for the online living library, they try to find out what the attitudes of young people are to that particular topic. They mapped, for example, the opinions of young people on migrants. In addition, they looked for living books in the areas in which they discovered most stereotypes. “When we decide to deal with a certain topic, e.g. the deaf, it means that we select profile stories, which should provide a 360-degree coverage of that particular subject. As a result, when we engage in that topic, in this case the deaf, we not only provide stories of people with a hearing impairment, but also stories about a hearing child and deaf parents and vice versa – a deaf child and hearing parents. We showed an interpreter who translates into sign language as well as a teacher who teaches children at ordinary schools and an integrated deaf person. We make an effort to present the whole area,” explained Janette.

Some people don’t realize what’s special about their story

EDUMA began to filmthe first living books this year. “Since we wanted to display as much emotion in the living book’s story as possible on video, we had to work with those people,” noted Janette Motlová. She said she often has to explain to living books why it is necessary to undergo training prior to filming. Living books are often afraid that we want to manipulate their story. “But people don’t usually know what is interesting about their story. They sometimes see everything only negatively and talk only about difficult moments omitting the bright ones or vice versa – they regard everything positively and don’t touch the rest of their story. We try to deal with their story more deeply,” she added. 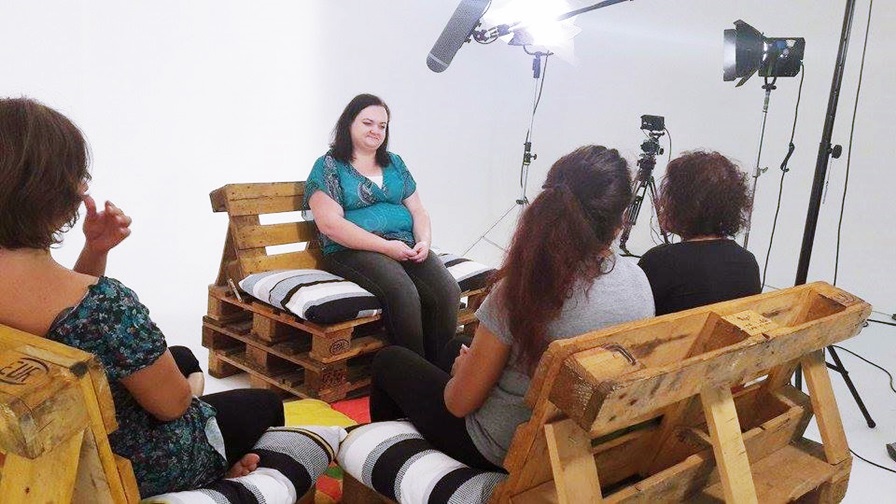 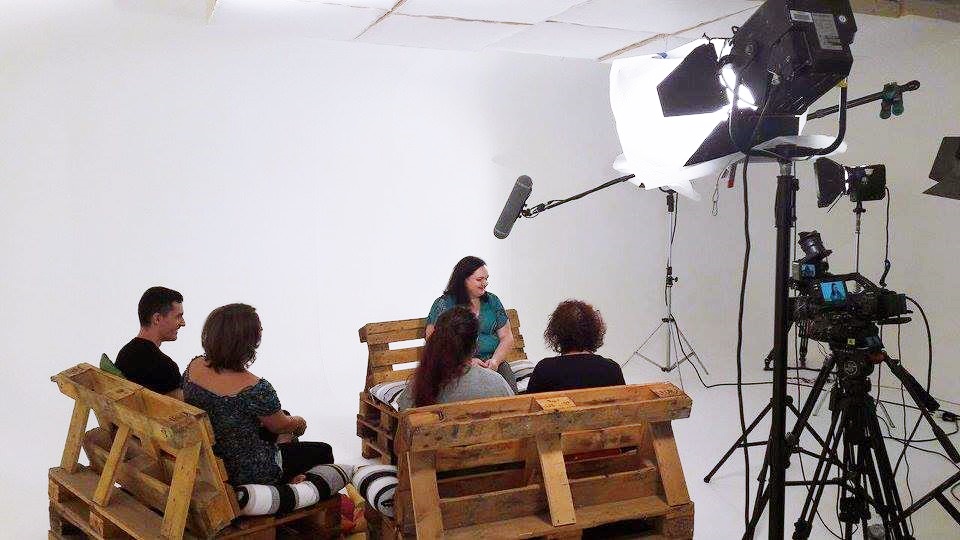 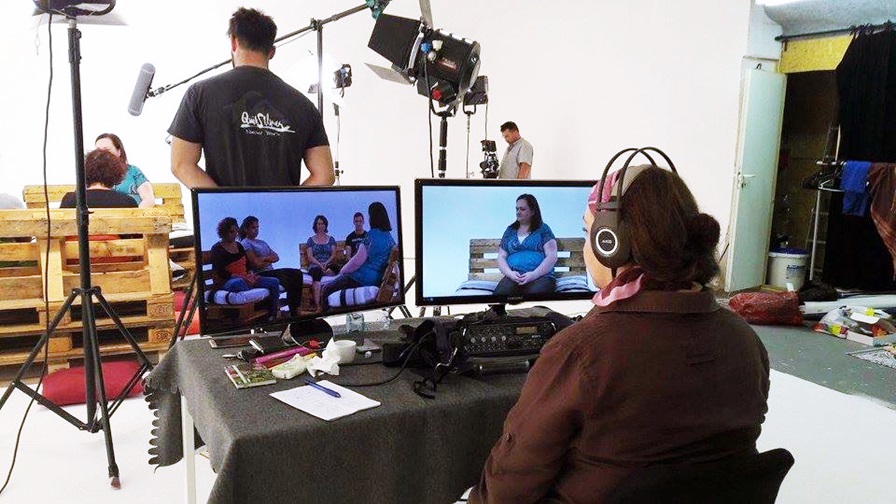 We want to broadcast as many emotions as possible

Before filming, Janette Motlová gives every living book a two-day training. “On the first day we discuss storytelling, we discuss what this story means and why we suppose it is a significant educational tool for people. On the second day we talk about life’s milestones, I lead people through a coaching process, they work with their life’s journey, think of the people who have influenced them and of specific events, for example, with adoptive children: how was the last night before they brought the baby home from a children’s home. The aim is to bring to the screen as many emotions as possible which this person had at that time. In the last phase, living books learn how to tell their story briefly with a strong message. The point is that they formulate their message for four basic target groups: students and children, the lay public and unrelated people, the third target group are involved people (for example a person who is going to adopt a child) and the last group consists of employees and support staff (if a subject is related to deaf people, they include people working in services; if a topic is adoptions, then people working in offices are concerned).”

The non-profit organization EDUMA which launched this project, translates videos into sign language. Each video has two versions: one with sign language and one without. “We do this because the deaf are often unable to take an objective opinion on common issues, since their ability to abstract information is very low. Therefore, we wanted to provide them with this information,” explained Motlová. So far, 35 living books have been filmed, of which three are so called „mystery videos”. These process two views – a handicapped man and a man who observes him (a mystery shopper and a mystery observer), who monitor the situation from a broader perspective. In these videos a different perception of the same situation is disclosed. The fact is that totally different situations are identified as problematic by the observer and by the mystery shopper. Their statements in the video are about how they assessed the situation and they both talk about what a sales-assistant should do to make the customer feel more comfortable. “We have three such videos: one concerns Roma people, the second a person with a physical height handicap and the third a person with the physical disability of having no arms” said Janette Motlová. By the end of this year, EDUMA wants to elaborate on the topic of talented successful Roma, adoptive families and the deaf.

Watch the story of the living book Maťo: How is the life of a man with no arms?

Watch Maťo’s story, a man who is able to do almost everything like the rest of us although he has no arms. He told us for example about what does or does not make us really happy, what teenagers with a similar handicap think and for what disability they would exchange their own handicap. (It is only in Slovak language.)