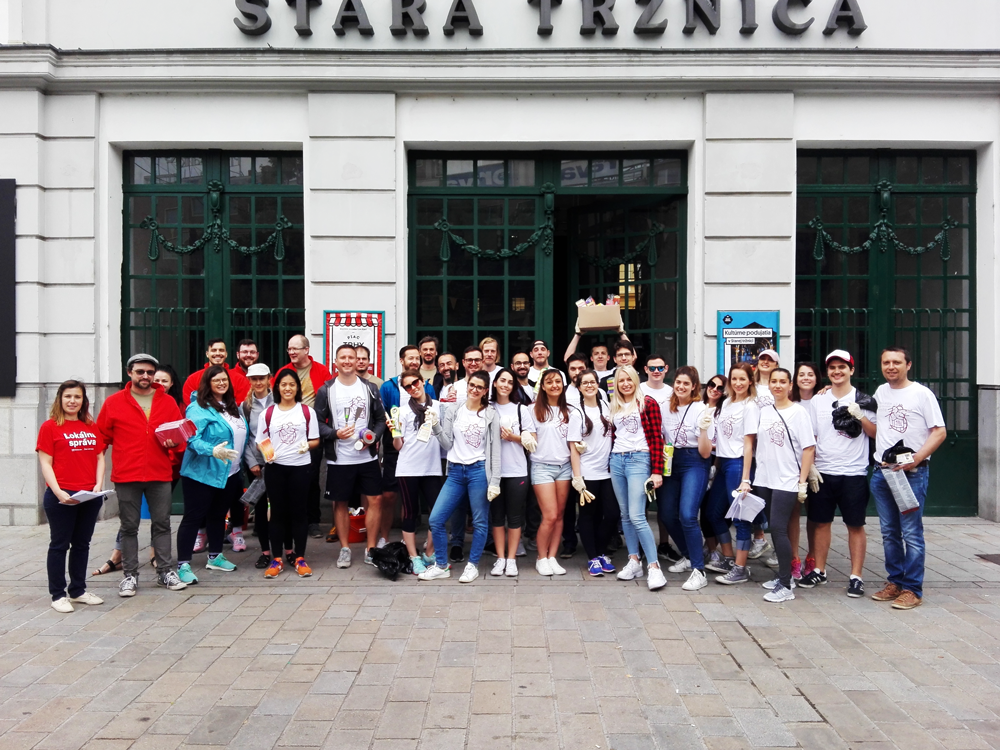 More Than 10,000 Volunteers Tended to Slovakia. Businessmen Joined In, Too.

During the Our Town event, 10 158 volunteers from firms and the public helped in 46 towns all over Slovakia.

This year again, the largest corporate volunteering event in Central Europe – Our Town – took place on the 7th and 8th of June. You could meet volunteers wearing the same T-shirts with the slogan “My heart is in the right place” in 46 towns and villages across Slovakia. The volunteers could decide where they would help. They had a choice of more than 500 registered activities aimed at beautifying towns and villages, revitalising greenery, saving monuments, repairing things, cleaning public spaces and also spending time with those who depend on the help of others. A new feature of this 13th year of Our Town was plogging, a garbage collection run. What have the volunteers accomplished this year? 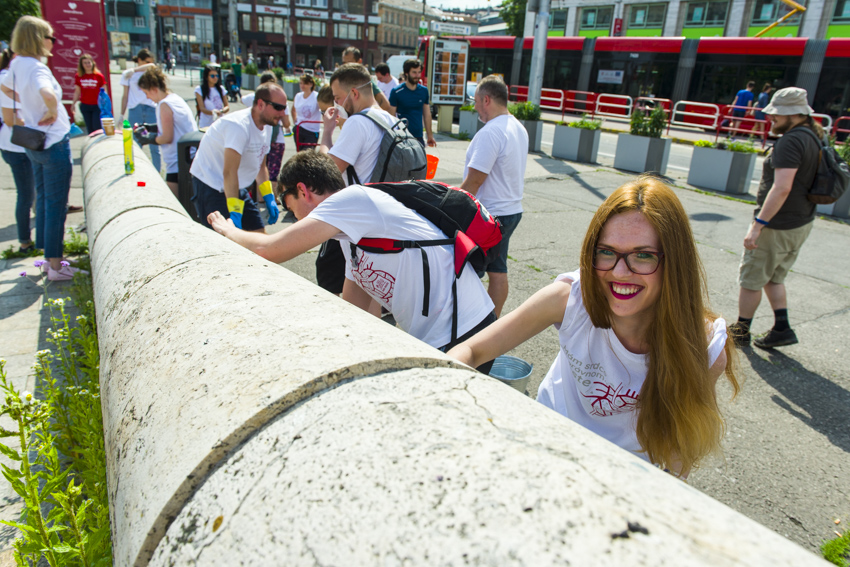 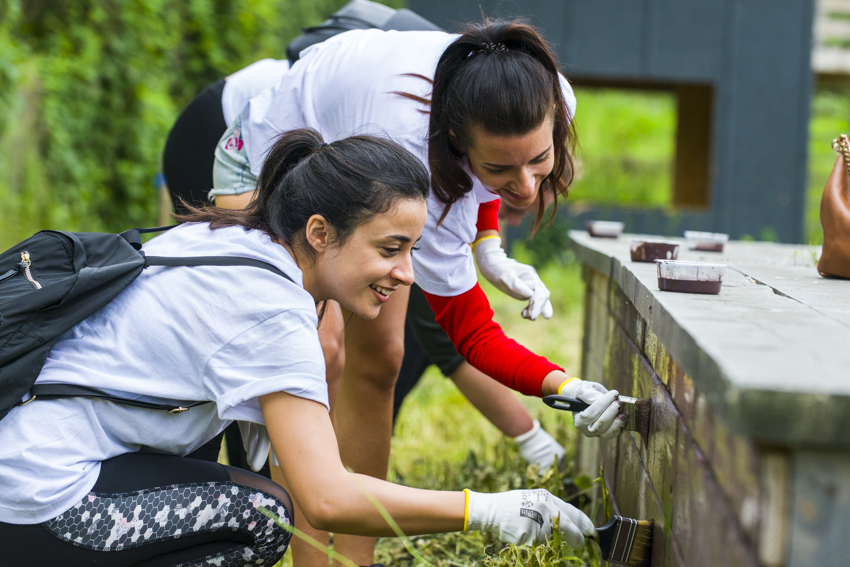 More and more companies want to be responsible. Usually, they selflessly help at places in which they operate. In 2007, only 20 companies joined the first year of the Our Town event. Since then, their number has increased almost eight times. “We are pleased that, from the many opportunities to help, employers do not forget regions and for a day, allow their employees to help the places where their children play or where they walk their dogs,” says Michal Kišša, Programme Director of the Pontis Foundation.

People are also increasingly interested in the places where they live. Since 2007, the number of activities in towns which welcome the help of volunteers has increased by almost 30 times. “Our Town is not only an opportunity for the company to help the regions and organise unusual teambuilding for its employees. The event is mainly a bridge that connects volunteers with the places they help and often, this event leads to long-term cooperation,” adds Kišša.

Over 6700 volunteers in Bratislava and its surroundings

The highest number of volunteers helped in Bratislava and the surrounding villages. Volunteers, for example, cleaned the banks of the Croatian Branch in Petržalka, which is always clogged with garbage after winter. A big event took place also in the town centre. At the SNP Square and the Kamenné Square, volunteers cleaned the spaces from tags and sprayed inscriptions. More than 100 volunteers worked on the renovation of the Ancient Gerulata in Rusovce, and also at the Devín Castle, where work was done not only to make the environment more attractive but also to increase the safety of visitors.

The “biggest bosses” joined in, too

Each year, a special activity is prepared for CEOs, directors and top managers. More than 15 executives from companies, such as Adient Slovakia, Amazon /Slovakia/, Čehová & Partner, CURADEN Slovakia, GSK, ING Bank N.V., Lenovo Slovakia, Pfizer Luxembourg SARL, Profesia, TNT Express Worldwide and others left their computers to become part of a positive change in their communities. “Here in Adient, we take our participation and support of Our Town as part of our world. We are proud to be able to support activities that give us meaning while supporting the communities in which we operate. Community support is not only part of our corporate strategy, but also something in which we want to actively participate. I am very proud that not only our colleagues from Bratislava but also our colleagues from Trenčín and Žilina get involved and together we beautify our towns,” says Barbora Záhradníková, Sr. Human Resources Manager of Adient Slovakia. The top executives volunteered to complete the construction of the Imobilio community centre, where they helped build walls exactly 5 years ago. In the centre, which aims to educate, integrate and rehabilitate the handicapped, they helped complete the fencing and paved the area. 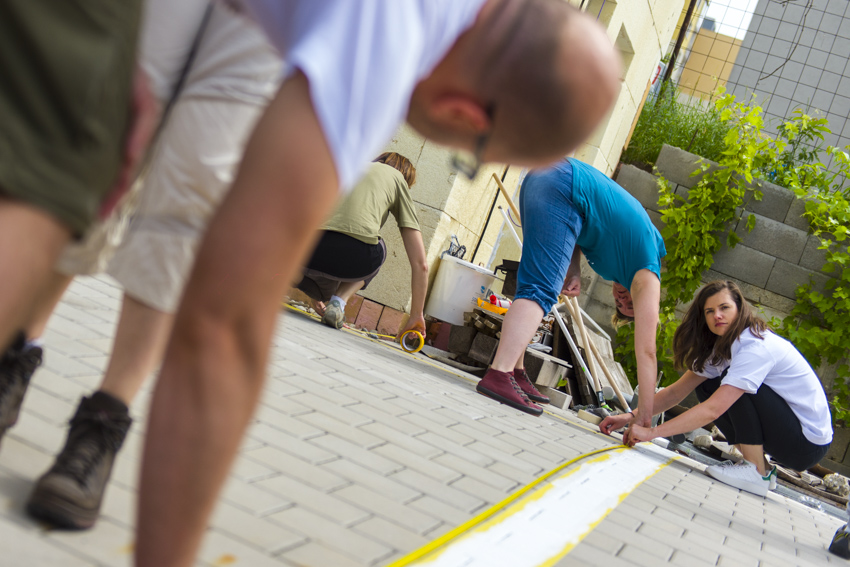 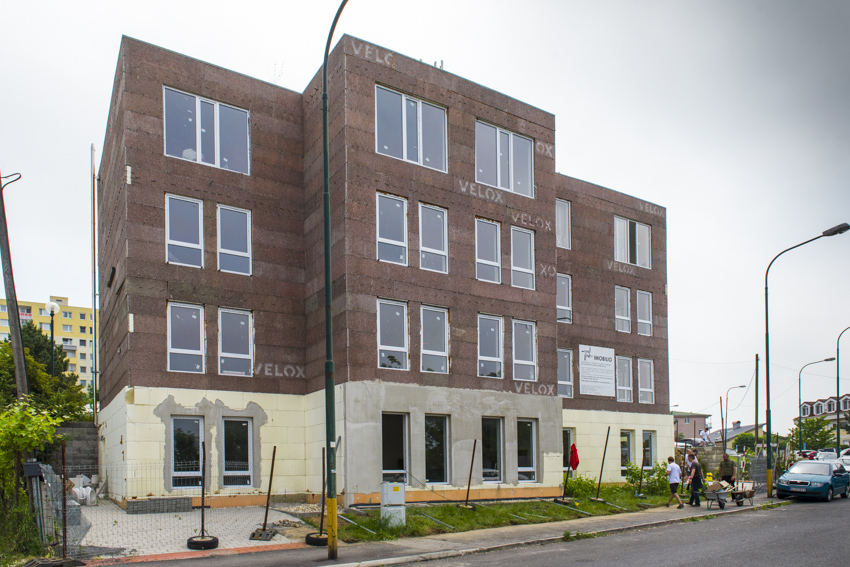 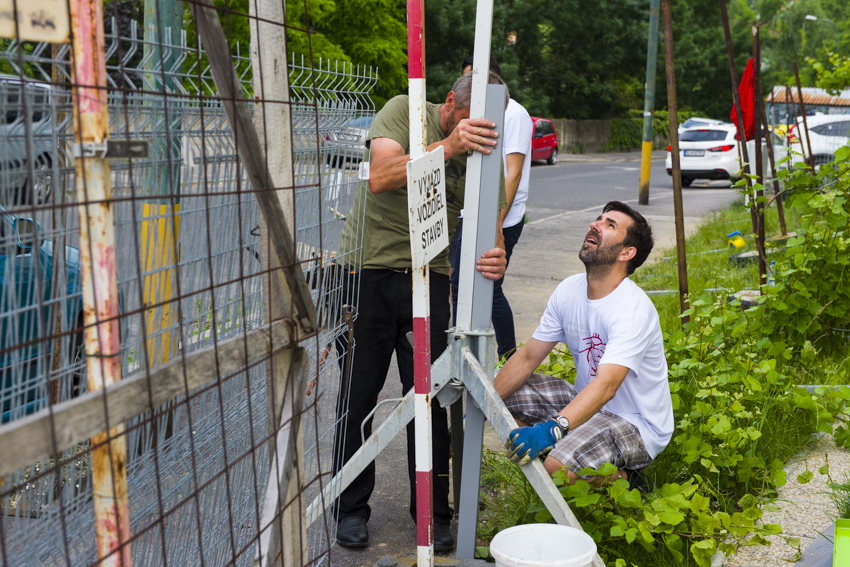 Almost 600 volunteers headed into the streets of Žilina, where 35 activities had been prepared for them. Volunteers transformed the deserted space in the campus at Brodňanská into a mini-farm, where they wanted to keep sheep and thus lead pupils to responsibility and strengthen their positive attitude to nature. Employees of the Town of Žilina also did not hesitate to join in and visited the nursery in Veľká Okružná, kindergarten in Čajakova, a community centre in Bratislavská and playground in Piešťanská/Trenčianska and revitalised the premises. Almost 100 windows of the New Synagogue shone clean after the weekend thanks to the work of corporate volunteers.

Our Town is an excellent way to strengthen interpersonal and social relationships and to connect communities that would never meet otherwise. That is why volunteers from Michalovce took seniors from the Home for Seniors Michalovce for excursions to the observatory, competed at playing board games, went for a walk through the town to visit a pastry shop, listened to audiobooks together and utilised their skills in creative workshops doing paper art. Even for seniors from the Social Services Home in Rača, Our Town was a top event during which they went on a trip to the Red Cross and had fun together with volunteers at a barbecue. Volunteers from Trnava visited little patients in the Children’s Faculty Hospital and others took abandoned dogs from the Trnava shelter for a walk.

Running for the purification of nature was introduced as a novelty

Together with the OZV ENVI – PAK, the Pontis Foundation prepared plogging for volunteers, which is a garbage collection run. Volunteers ran in three different places during Friday’s plogging – in the Bratislava district of Devínska Nová Ves, in the forest park Borina in the Nitra district of Klokočina and around the Trnava ponds. “On behalf of Klokočina, I can say that we greatly appreciate such activities. There was a great atmosphere here. People had fun and the opportunity to meet. Moreover, they contributed to a more beautiful and cleaner environment for all of us. If the event is to be held next year, we will be happy to get involved again,” says Peter Bakay, Member of the Municipality of Nitra – Klokočina. The routes were between 3.5 and 5 kilometres long and 140 volunteers took part. A majority of volunteers – 78 of them – ran in the capital. Friday’s event was not just about sports and a garbage collection. The runners were also motivated by their competitiveness. They were not just to arrive at the end of the route. The finish line had to be reached in the shortest time with most waste. The organisers then collected and weighed the garbage. “The resulting weight of all bags surprised us. Overall, we have managed to collect almost half a ton of garbage. Most in Bratislava – 232 kg, followed by Nitra with 211 kg,” explains Katarína Kretter, Director of Marketing and Communication at ENVI – PAK. She adds that also an educational part was added to the end of the competition. “After weighing the bags, we sorted out all the collected waste. So if someone did not know how to sort out garbage correctly before the start of the run, they certainly know now.” 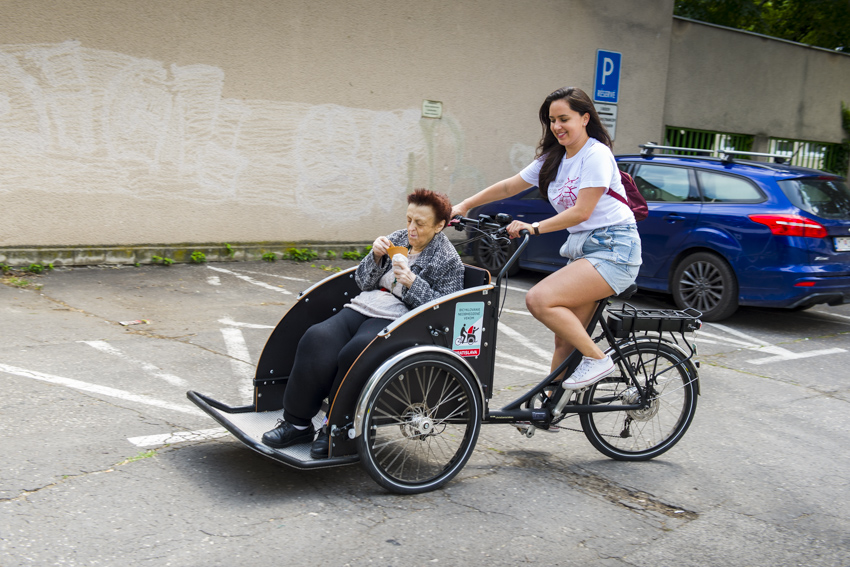 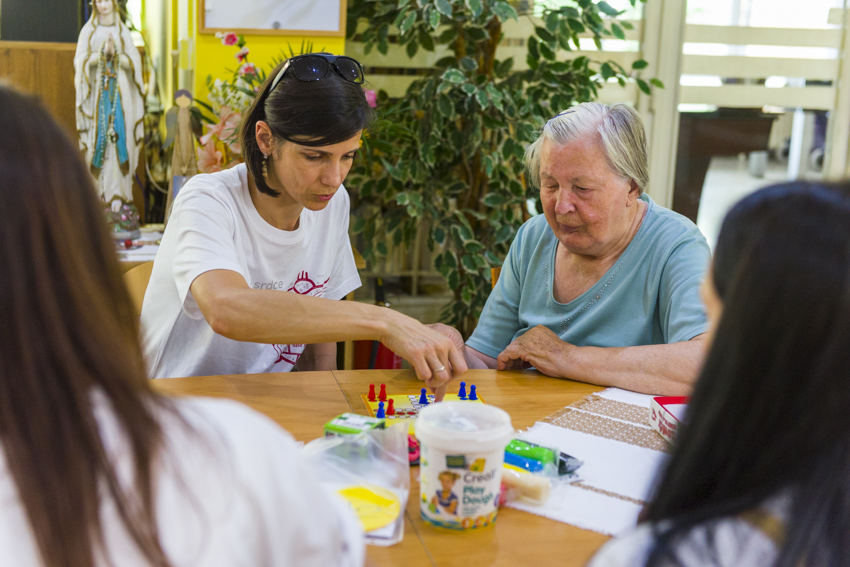 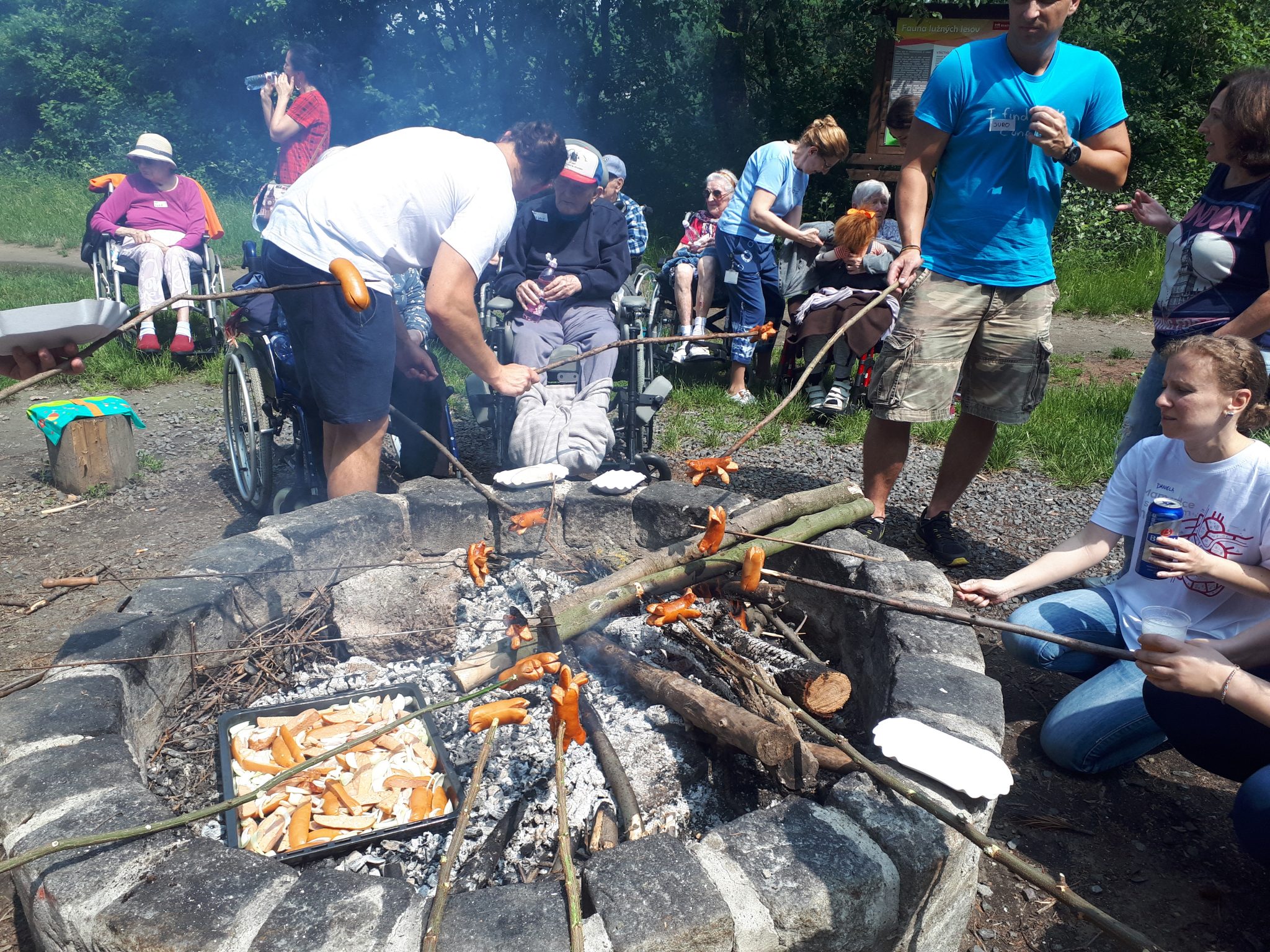 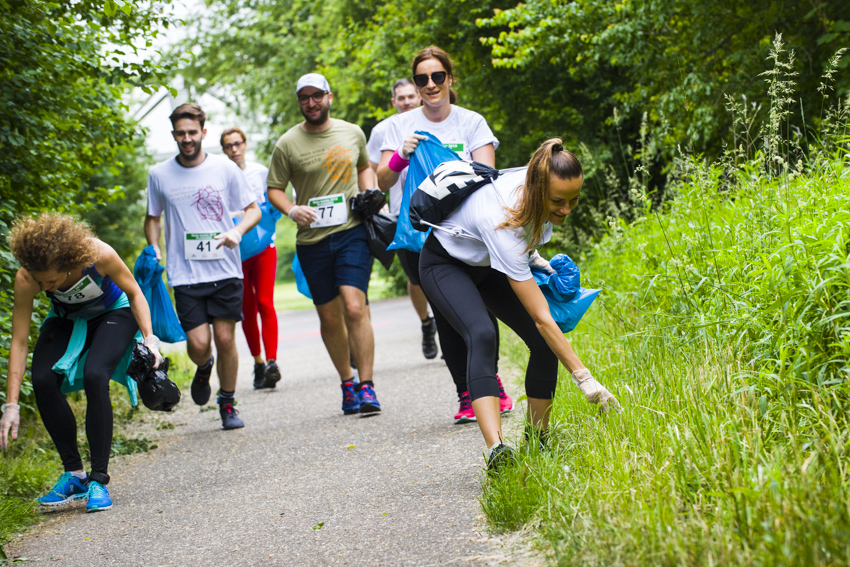 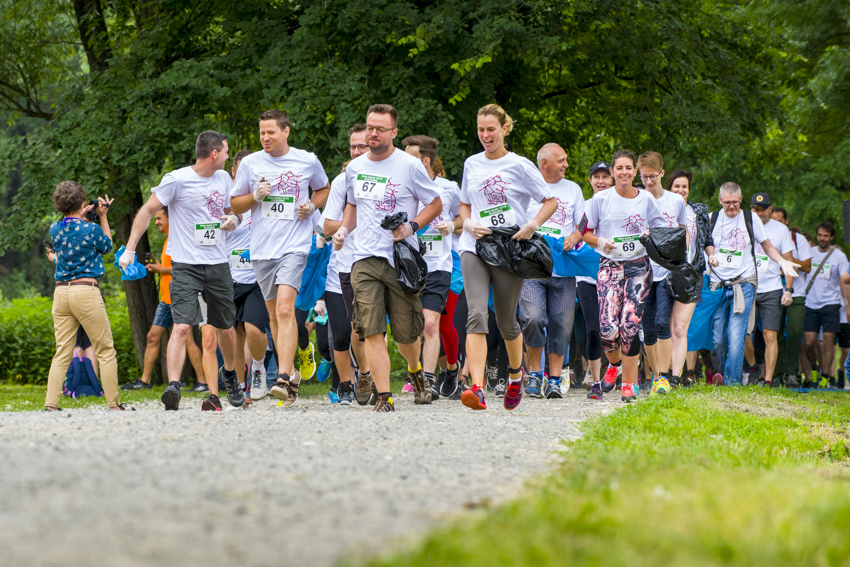 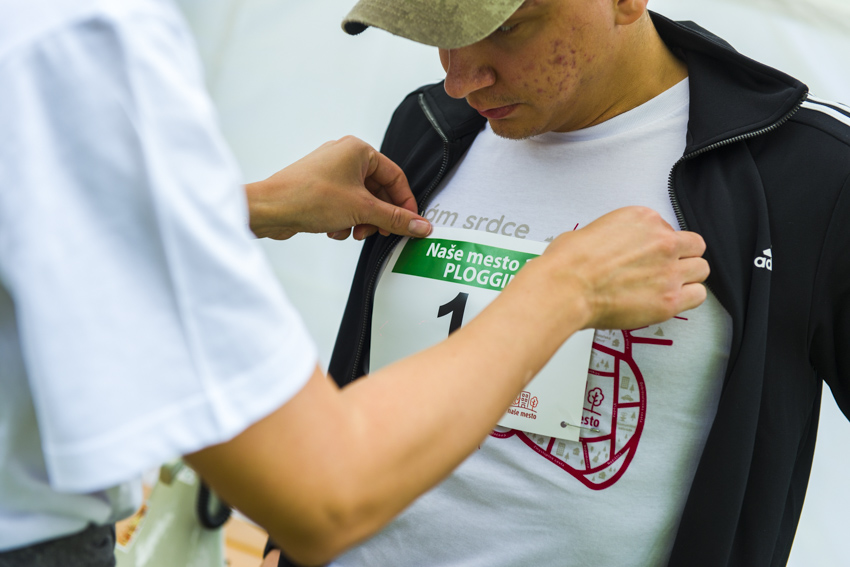