Our City then and now

Recently, the 11th event of Our City took place across the whole Slovakia. Where does this idea come from and how has it changed since its beginnings?

It is maybe not necessary to introduce the well-known event Our City. But still, it is the biggest event of corporate volunteering in Slovakia. Each year, usually during the second week in June, thousands of volunteers embark to Slovak cities and villages with one single goal – to help there, where the help is needed the most. 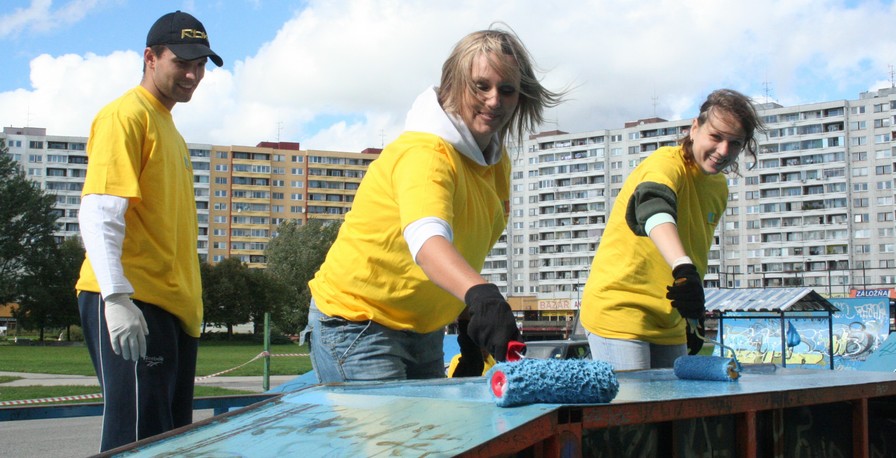 From the High Tatras to our cities

New York Cares – one event, one city and 10,000 volunteers. This is the place from which the inspiration came. Lenka Surotchak, the director of the Pontis Foundation, also took part in this huge volunteering activity in New York. She experienced it first hand and instantly shared her impressions with Paľo Hric, our programme director for corporate philanthropy. “That was the spark that has started it all. Is Bratislava worse than New York? It’s certainly not! Our City is proof of this, “explains Lenka Surotchak.

“But back to our beginnings. First of all, we have inspired 13 companies to establish the Engage Group, which was promoting corporate volunteering. Employees of these companies were travelling for prolonged weekends to the High Tatras – not to relax, but to clean thedisasterafter the calamity. These were the beginnings of corporate volunteering in Slovakia. We were surethat there is something what we can build on. In addition to five volunteering activities, we presented them also the idea from ​​New York. And how was their reaction? Let’s do it! And so we began to form the first ideas about the Slovak version of the New York Cares. In the autumn of 2007, we managed to organize the first edition of the event Our Bratislava. Year after year, the number of volunteers was increasing and the event grew also outside of Bratislava – to Košice and Žilina. Finally, in 2011, which was also the European Year of Volunteering, we made a decision. No special events any more, no Our Bratislava, Our Košice, Our Žilina. Just one, a nationwide event – Our City,” adds Lenka. 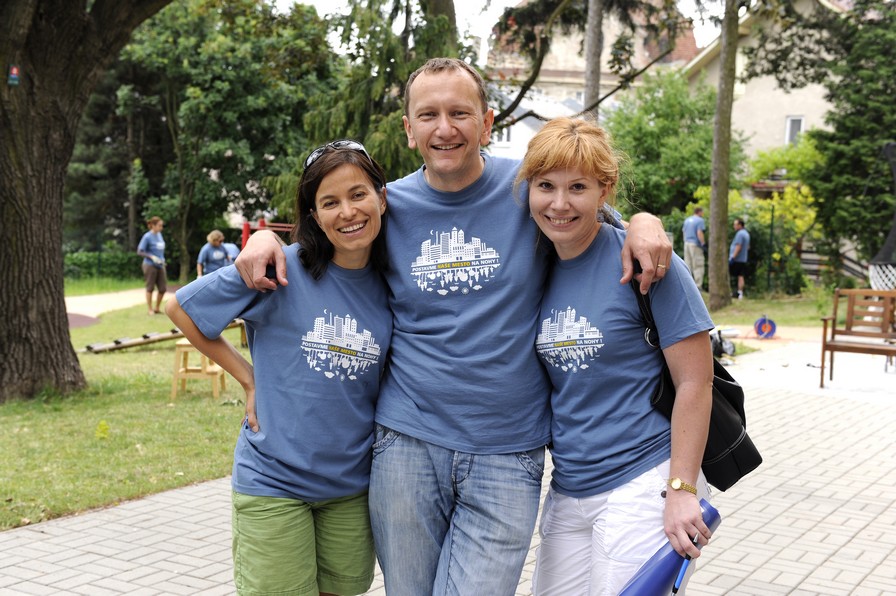 The first event of this kind for the whole Slovakia

Bratislava, Galanta, Hlohovec, Košice, Žilina and Spišská Nová Ves – these cities were part of a volunteering event held during the same days. 75 Slovak companies and 4,400 volunteers were involved. For comparison, in 2007, there were only 400 volunteers in Bratislava. In that time already, the activities were really diverse – from taking care of cities and surrounding cultural sights and cleaning to helping senior citizens and disadvantaged clients. Volunteers worked for 17,000 hours worth € 100,800 which were granted to 112 organizations. For volunteers we organised 166 activities in which they could participate.

Let’s move to the year 2017 to the 11th edition of Our City event. Currently, up to 131 companies are participating in the event in 52 towns and villages across the whole Slovakia. Are you asking how much volunteers do we have? The number is unbelievable – more than 10,000! Exactly, it’sroughly the same number as in New York, about which we were just joking at the beginning. It was just an unreachable dream for us. Companies provided their help to 233 organizations, including non-profit organizations, social service facilities and schools. Not even managers and CEOs were afraid of work. Some of them were working together with their employees, others joined the so-called CEO activity entitled for people in the top positions in different companies. 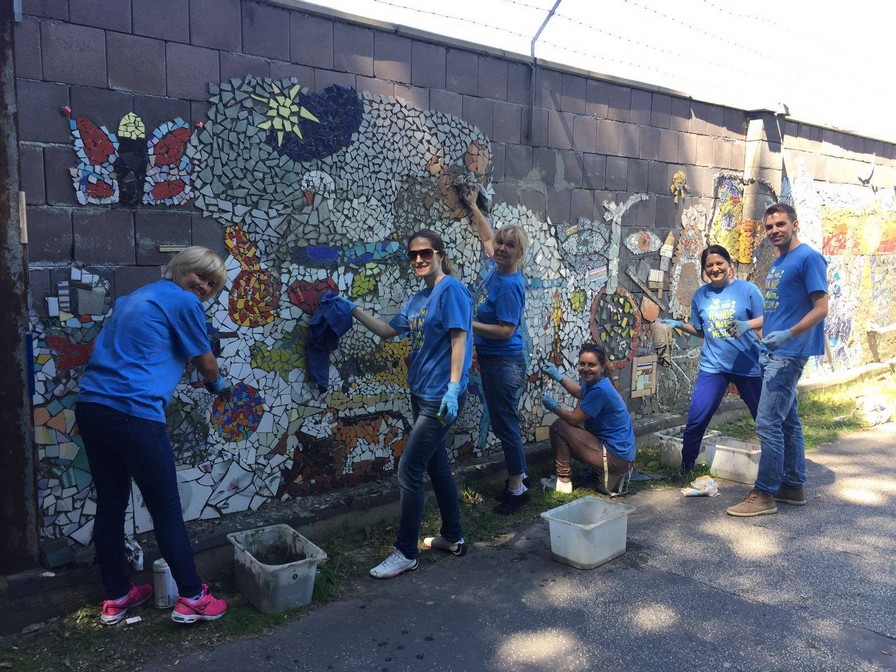 Obstacles remain, but the vision is clear

In the past, there was a prevailing view that corporate volunteering is the same as compulsory Saturday work during the era of socialism, which prevented us from spreading the idea of ​​it. We believe that this view has been already refuted. “The most important thing in volunteering is that it is voluntary. If it’s not voluntary, it won’t bring companies what they expect: increased enthusiasm, pro-activity, loyalty, interest in the environment, “says Hrica. For administrative and IT companies, this event represents a break from computers in the form of manual work. It is a bigger problem or challenge for people who are working shifts in manufacturing companies. All in all, our goal is to lead companies into the corporate volunteering cycle. “We would like to show them this path in the long term and from more persistent perspective. Our task is to trigger community engagement, “adds Hrica. Has this event evolved in the course of its existence? There is no doubt to it. Have we reached New York? The numbers from the last edition can speak for themselves.