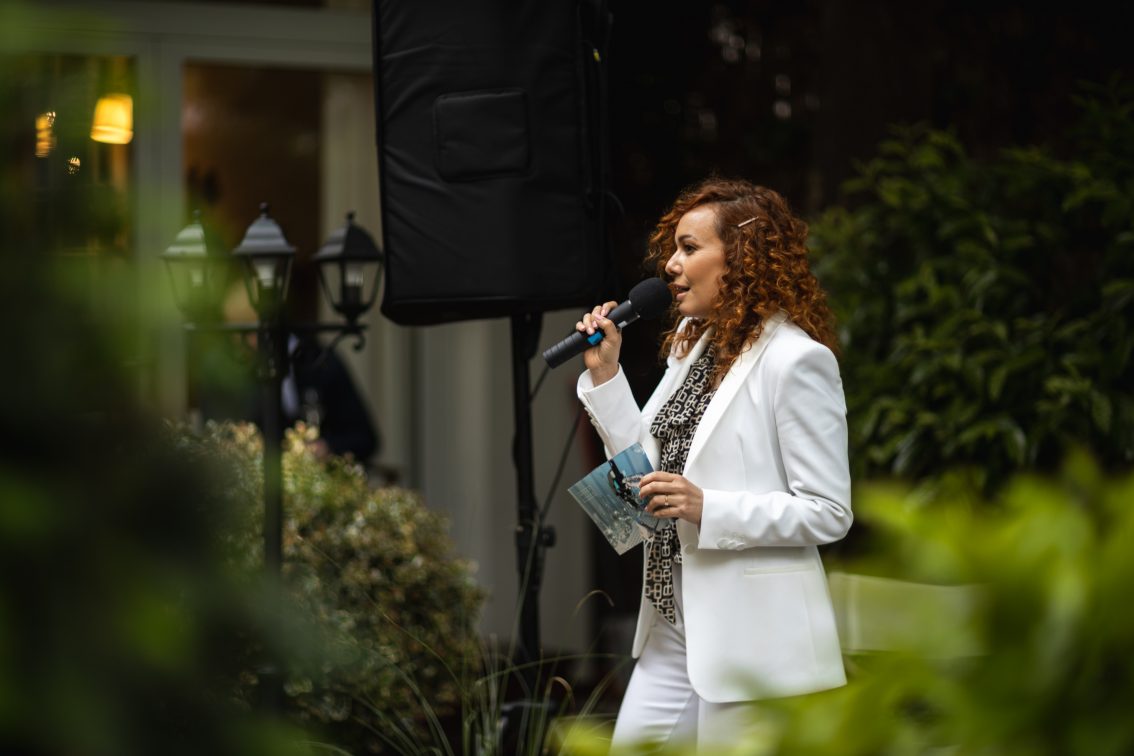 Philanthropy has its place in science. This was confirmed by the discussion event entitled Impact Talks

What does science say about philanthropy? And what does philanthropy mean for science in general? The Pontis Foundation organised an informal discussion event entitled Impact Talks on these topics. We talked about science and philanthropy with scientist Pavol Čekan, COO of ESET Palo Luka and spouses Hana and Dalimil Dvořák, who had donated 200 million Czech Crowns for science in the Czech Republic. The event was hosted by Vera Wister. In this article, we bring you some of the most important and stimulating thoughts and inspirations.

The Impact Talks discussion events aim to support modern philanthropy. “These meetings are intended to inspire and answer questions about how philanthropy can contribute to solving social problems, what forms it takes and where it is headed. We want to bring inspiring role models and talk about connecting philanthropy with other fields,” said Martina Kolesárová, CEO of the Pontis Foundation, at the beginning of the discussion.

The main theme of the spring Impact Talks 2021, which took place at the BEIGLI Hotel & Garden in Bratislava, was the connection between philanthropy and science. As the foundation’s director explained, these fields have a lot in common. They both allocate resources to innovation and have a sincere interest in improving the world.

“Philanthropy has its place in science because its intervention can be fast and flexible. Philanthropy can provide the first venture capital, and it can also support unpopular topics. Further, philanthropic efforts can also support and bring partnerships that can be key to the development of science,” Martina added.

Science is a long way to go

The participants agreed that if Slovakia is to be a country of innovation, it will only be possible with the support for science and research. The founder of MultiplexDX and scientist Pavol Čekan and the operations director of ESET Palo Luka discussed this issue at the event.

“Science is a long way to go, and it needs support. Countries, where science thrives, allocate to it about 4 to 5 percent of GDP. In our country, it is still less than one percent. It is also crucial that the public demand the support of science,” Palo Luka concluded.

The guests also answered the question of what they see as the advantage of involving individual donors in philanthropic activities. According to Pavel Čekan, the answer is simple. Individual philanthropy makes people happy. “I think there are people among us who love to give something back to society, and I think there is a bit of a philanthropist in each of us. I believe that philanthropy will develop further in Slovakia,” he added.

What is your vision for Slovakia in research but also philanthropy?

I would like science to be one of the important pillars of modern society. To play an important role, to be able to attract people from abroad, to create even stronger groups of scientists, for scientists and institutions to work together, and for cooperation between academia and the private sector to work.

We intend to achieve a stronger position of science in society and its better financing. We would like there to be more companies that achieve global success in research and development and also to have a Slovak Nobel Prize winner. 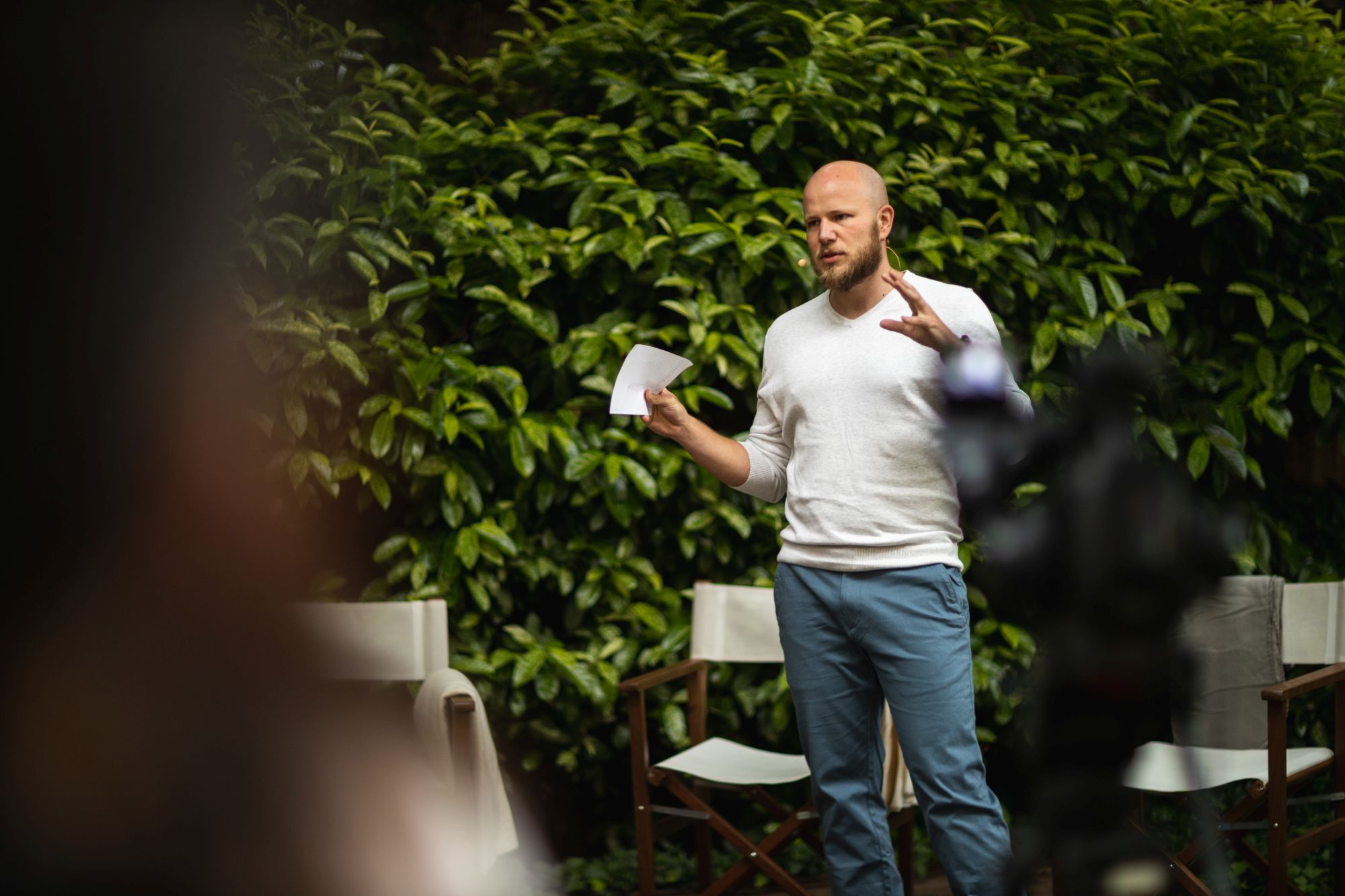 Samuel Kováčik, known as Vedátor (tr. Scientist), explained what evolution says about philanthropy. “Humans are the first species on this planet to be able to do something out of pure altruism,” he said. Photo: Marek Mucha

They invest money earned thanks to science back into science

The highlight of the event was a discussion with the Dvořáks, who had donated 200 million crowns (almost 8 million euros) to the development of science in the Czech Republic. We were interested in what their lives looked like before they started receiving money from the fees for antivirus bodies, from the research in which Hana Dvořáková had participated, as well as how it subsequently changed.

“We were in the right place at the right time,” Dalimil Dvořák joked at Impact Talks. The couple then realised that money was a big responsibility and a good decision had to be made on how to deal with it. 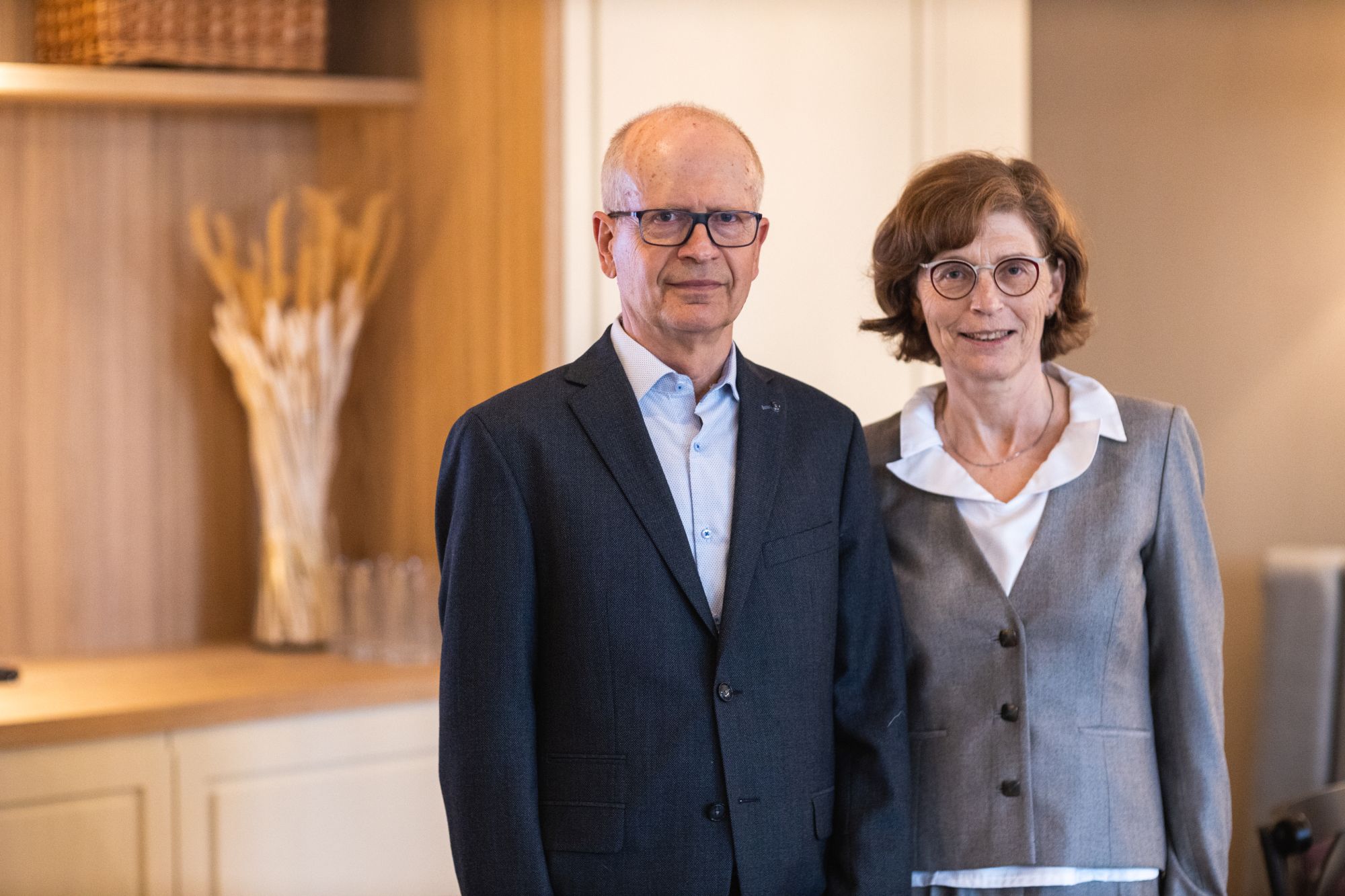 So how did their philanthropic story begin? “We donated to People in Need after the 2006 floods and got into a ‘philanthropic mode‘. We found out that we can influence many things in this way,” Hana Dvořáková described, adding that she and her husband later decided to support the education of children in excluded communities.

Gradually, the couple started supporting scientific talents. “We have established the Experientia Foundation to support young scientists. We found it amazing that we could return the money that came from science back to science,“ Dalimil Dvořák explained.

The participants were interested in another important aspect of donating. What do you get from helping in this way? According to Hana Dvořáková and her husband, they get a lot back from their philanthropic activities in life. “We have a great team at our foundation. We work together very well. We feel great about having supported 15 young scientists and two grants for startups. A large community was created, and we constantly follow the careers of supported talents. We want to build a community of scientists who will move the Czech science to the world level,” Hana concluded.