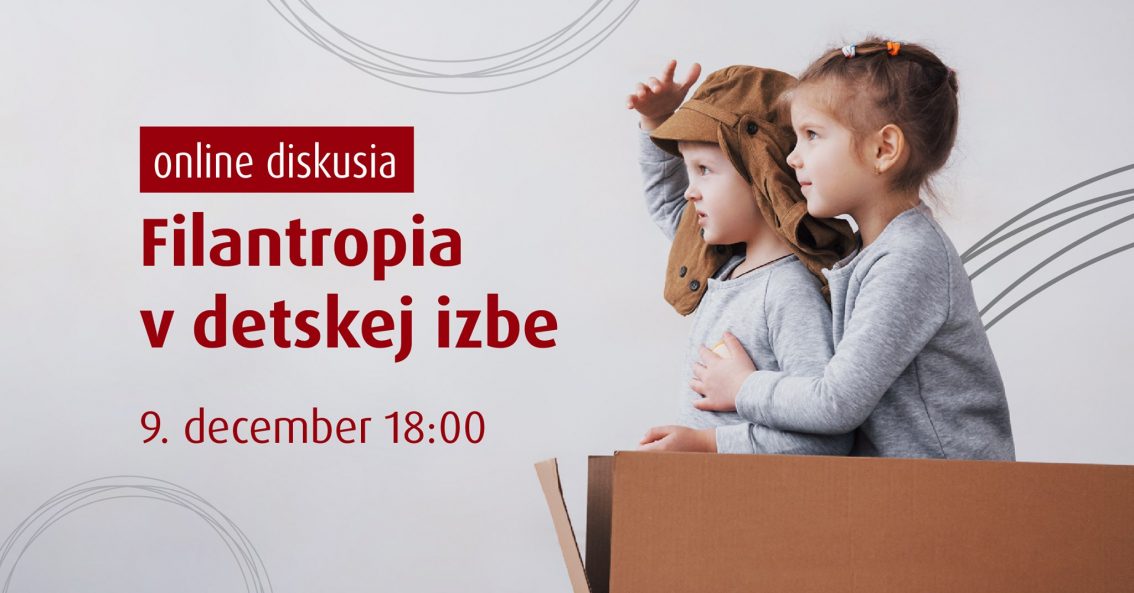 Philanthropy in the Children’s Room: How to lead children to do good

“For the first time, we are opening the issue of children and philanthropy. We are breaking down traditional ideas about who philanthropists are as well as what philanthropy is,” Martina Kolesárová, Executive Director of the Pontis Foundation, says at the beginning of the discussion. In her opinion, philanthropy can be thought of as a commitment to doing good or simply as doing good deeds.

“In Slovakia, philanthropy is perceived as something you do, when you have an excess of resources. In my opinion, this is a very distorted and incorrect view,” Richard Ďurana, the Director of the economic think tank INESS, says. He recommends not looking at philanthropy through the lens of support, in a situation when the donor has some extra resources left, but rather as at an integral part of our lives. Put simply, we should give and donate not only in situations when we have something extra or on top but to think of giving as something which should be part of our usual activities.

How to lead by example

So how to lead your children towards the direction of philanthropy? “I can tell children that they need to go out into nature, but when I sit in front of the TV over the weekend, I don’t provide the right example. It is necessary to demonstrate one’s preferences and set an example for children,” says Richard Ďurana, adding that he has also tried to explain to children why he supported specific activities and projects. He explained how the projects worked and what the world would look like without them. 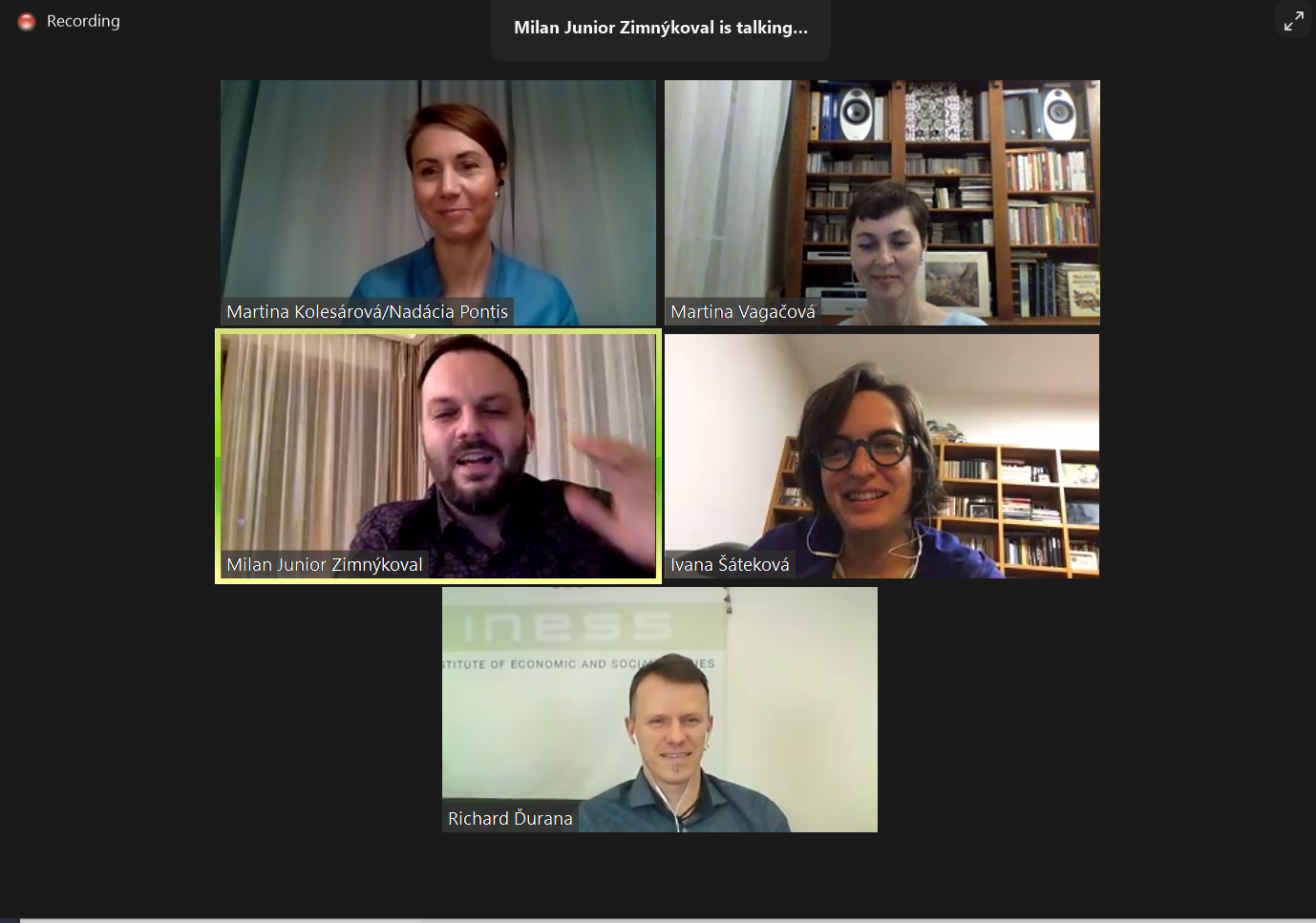 On the other hand, Ivana Šáteková, an artist and co-author of the children’s magazine Bublina, says that they do not focus on philanthropy in a special way at home. According to her, it should be something like a natural way of thinking in the family.

“We strive to live a generous life. With our child, we talked to Santa about these things. Our son then went alone without grumbling and gave half of his pocket full of sweets to his friend in quarantine. We lead our son to focus on others, not just himself. We try to open his horizons.”

When the time is right

The discussion also addressed the question of when and at what age we should start talking to children about philanthropy. The teacher of Effective Parenting Martina Vagačová claims that there is no clear answer to this – children learn from how their parents live.

“If a little child stays with you during the debate, s/he probably wants to learn more about the topic and listens because the parent is authentic,” she explains. “The issue is much clearer to children of school age. They are already aware of how we perceive Christmas. That it’s about giving joy to others. Supporting something consciously in the sense of donating finances can be talked about only when the children deal with money and when they can at least count them well. Certainly not before that,” she recommends.

They send one euro from their pocket money

Philanthropy is closely linked to children’s financial literacy. “In the nursery, we worked on the development of this awareness through a Pokémon card exchange. Our son handed out almost everything, so we had to teach him more about the value of the cards,” Ivana Šáteková illustrates.

Many parents of older children use pocket money as a tool for learning. Richard Ďurana gives pocket money to his older children, a 9-year-old daughter and an 11-year-old son. On Sunday evening, they sit down at a table together, and each child receives 10 euros a week. But there is a catch. Their father deducts five euros for their housing, food and clothing.

“I do it to let them know that there is no such thing like free lunch and that everything has a price. I will further take one euro to save for their studies so that they can understand the value of money in time, and that sometime in the future they may need the money they are now saving. And one more euro is sent to the organisation Way Out (tr. Cesta von) for their Omama project,” Ďurana describes. He has selected the organisation to which they send their one euro himself, but this will probably change in the future.

According to Martina Vagačová, it is important to talk to children about their own decisions and understand their logic. “It is important to teach them that philanthropy is not just about giving away, but that it is necessary to think about its purpose,” the expert concludes.