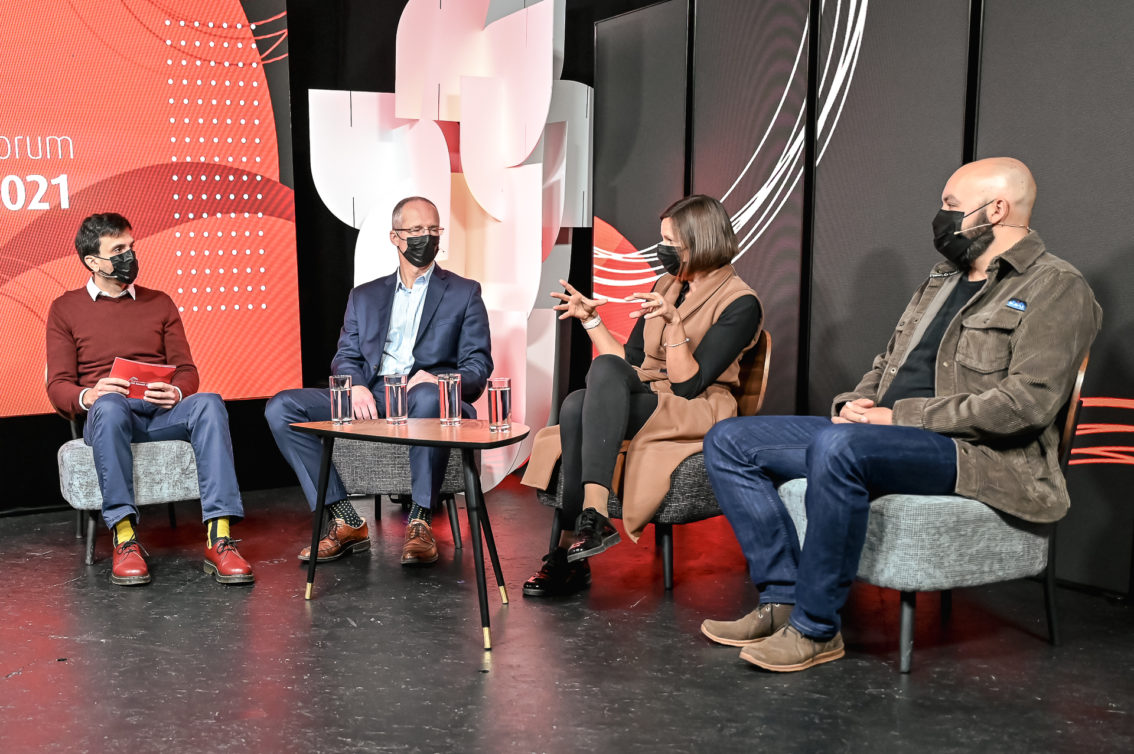 Small and medium-sized companies can change the region through philanthropy

Can only large corporations provide help, or is it something in which smaller enterprises can engage too? When is the right time to start? Does the aid need to be financial only? At this year's BLF CSR Summit, we discussed philanthropy in small and medium-sized companies with Kristína Lang, CEO of the Medeko Cast company, Silvester Behúň, founder of the eco-outdoor company Wilderoben, and Mario Fondati, a family business consultant.

Slovak small and medium-sized companies feel a need to help in different areas, such as sports, health, assistance to senior citizens, socially disadvantaged people, education and much more. They often focus on the region in which they operate. The size of the company, or how long it has been operating, are not decisive in philanthropy. Mario Fondati, a corporate consultant, thinks so too.

“Companies that were founded in the 1990s now have more opportunities to help, whether it’s through finances or employees. In companies established after 2000, a new generation of entrepreneurs has grown up. They have the values of transparency and care for others in their DNA,” says Fondati. He thinks that advantages can be found at both ends of the imaginary spectrum.

The founders, generational change and employees are the drivers of the company

What triggers interest in donating most? There are several options. “On the one hand, it is the personality of the business owner, their family and values. In companies that have been here for 20 or 30 years, the interest often comes with the second generation that feels the urge to help the community. The interest to help also comes from the company community itself. If the company has an open corporate culture, the employees can initiate helping too,” says Mario Fondati.

The Medeko Cast company in Považská Bystrica serves as a good example here. Philanthropy was very important to the company’s founder Pavel Demáček. “My father passed on these values to me. I grew up with them,” says Kristína Lang, the company’s director. She adds that for many companies, the decision to help comes when the owners get to the point that they do not worry about the future of the company and feel that it is stable. “That’s when they naturally decide to share the wealth,” Lang says.

The Medeko company later decided that they needed a systematic solution to continue to support non-profit projects sustainably. “That is the reason why I took up this agenda, and we set up a foundation,” says Lang.

When the owners get to the point that they do not worry about the future of the company and feel that it is stable, they naturally decide to share the wealth. (Kristína Lang)

According to Fondati, it is important to give the whole process a step-by-step structure, to attain a responsible person, decide on what types of projects the company will support, to focus on philanthropy as part of the corporate culture on a long-term and regular basis, and to ensure that these activities are sustainable.

Nevertheless, some companies have in mind setting the strategy from the beginning. “For example, we had created this idea before the company was even founded. We had sat down with the VLK civic association, which we still support, and we talked about their plans for the coming years and what systemic changes they would like to achieve. We wanted to set up our cooperation for the long run,” describes Silvester Behúň, founder of the Wilderoben brand.

How a company can impact the region

Kristína Lang says that it is very natural for entrepreneurs to direct aid back to the region of their origin because they are very connected with the local community. She also often finds that entrepreneurs support areas that were close to them even when they were growing up.

One of the reasons the state should support family companies is that they will not pack up and leave. They will remain here. This local patriotism also works at the level of philanthropy. (Mario Fondati)

Some projects are based on the needs of the region. “Several companies in the vicinity of Považská Bystrica struggle finding suitable employees because technical education is not sufficient here. That is why we came up with the idea of a technical school where we educate potential employees,” says Lang.

Fondati emphasises that companies often substitute the state in their communities. “Given the insufficient support for sports and leisure activities for children, we feel the need to help,” he says.

Mario Fondati says that helping is not about the specific amounts that companies must donate for the assistance to be meaningful. There are already many projects for which even a small amount of funds will be substantial. “It is more about philosophy and attitude. Besides, we can support communities in a non-financial way by donating time, materials, products. It works very often in the regions,” he says.

Kristína Lang and Silvester Behúň agree. “A good example is when someone needs to drive something from one place to another. It is often a problem for an organisation to find a van and borrow it. It is easier for us,” describes Lang. Behúň emphasises that sometimes offering activism is enough to support a good cause: “We often forget this, but sometimes it is enough to get involved and support the cause by simply showing up.”

Should we talk about philanthropy?

Once a company has launched its philanthropic activities, it often faces the question of how and whether to talk about them at all. Companies often fear that they will be inundated with requests for help that they will not be able to cover or that their help will look dishonest. However, Mario Fondati sees nothing wrong with communicating these activities. “When communicated publicly, the community has a chance to assess the company’s assistance. If this assistance helps the company attract new employees, it is perfectly fine. If a company declares that it helps, it communicates something important about its corporate culture. It is a positive motivation for people who would like to work for the company,” he explains.

What does your company do in the field of philanthropy?

Kristína Lang, Executive Director for Finance and the System at Medeko Cast, and Administrator of the Medeko Foundation: The foundation focuses on supporting the quality of life in Považská Bystrica. We support various civic associations, events and projects. The second direction is talent support. We implement our project entitled Young Talent of Považská Bystrica, which is a competition designed mainly for secondary school students who can compete in categories, such as science, sports, and art. We reward them and motivate them to present publicly. We also implement an activity in cooperation with the Zrniečka pre sny (tr. Seeds of Dreams) association called Christmas Gift Tree, on which we hang the wishes of children, which employees then fulfil.

Silvester Behúň, founder of Wilderoben: We cooperate with the forest protection association VLK. We provide them with 1% of the turnover of each of our sold items. We also try to maintain a cycle of clothing. For example, we repair it free of charge and provide it with a lifetime warranty. And thirdly, we try to pass children’s things further on without a profit, for 35% of their original price. We also implement environmental education through different events.