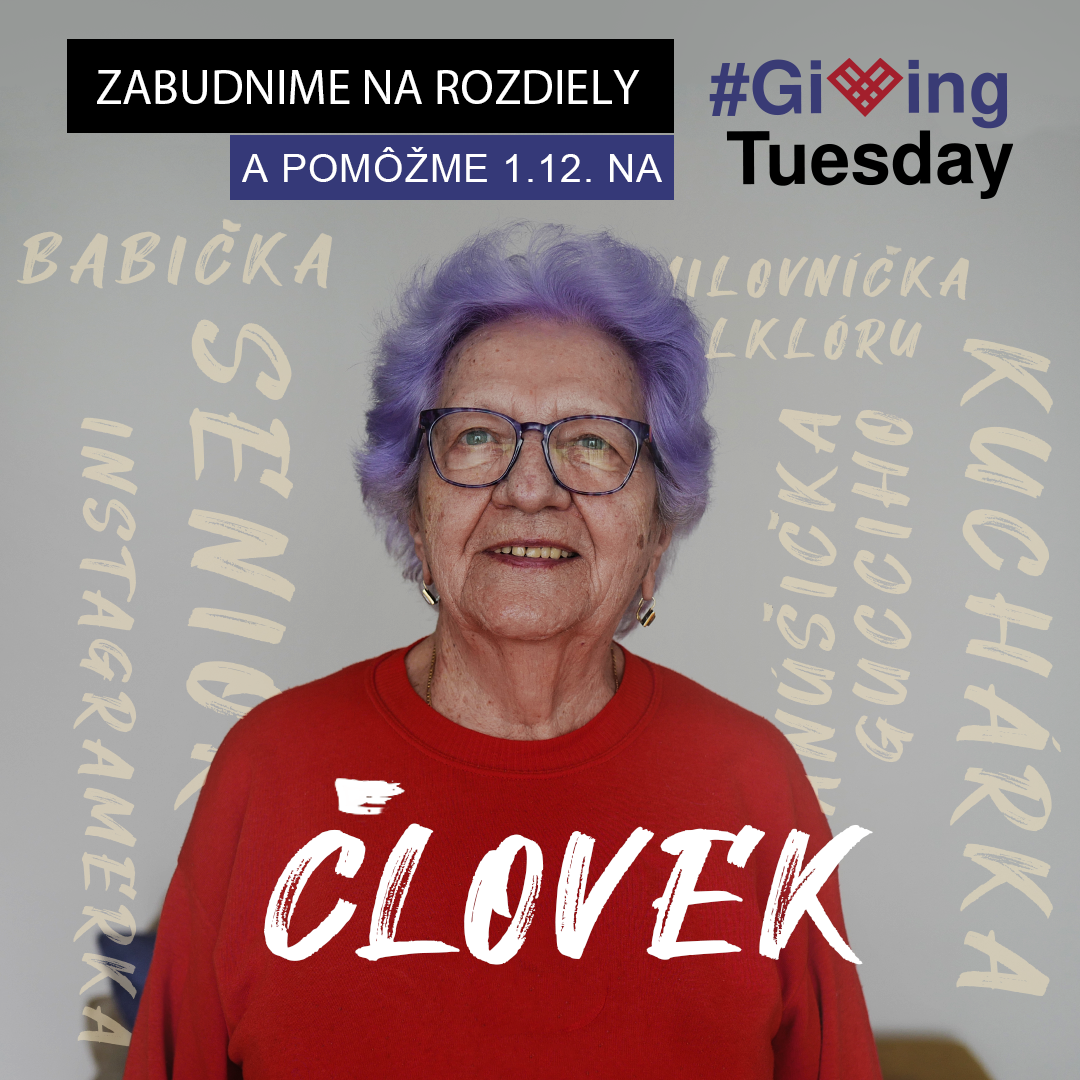 The #GivingTuesday campaign encourages people to forget about their differences

This year's #GivingTuesday campaign is based on home videos by well-known personalities who reach out to the groups they represent. The aim is to alleviate the polarisation of society and to encourage everyone to forget about their differences, and to be human first and foremost. Through the videos, 22 influencers speak to the public, among them Táňa Pauhofová, František Kovár, Anna Karolína Schmiedlová, Expl0ited, Peter Bátor and Zomri.

The main pillar of the campaign is a video spot, in which personalities address groups of people who identify with them. “Hey, people! Westerners, Easterners, introverts, extroverts, believers and non-believers, coffee makers, vegans, carnivores, seniors, jokers, foreigners …,” is said in the spot. In the final seconds, Táňa Pauhofová invites us all to forget about what divides us and to stand together.
“Originally, we planned to address the public with a different message, but after perceiving the society-wide situation, we decided to embark on a more difficult path and changed the concept just when the lockdown had been announced. We accepted it with peace and decided that the campaign should support the idea of togetherness in difficult moments when we could spend time almost exclusively at home or in nature,” explains Zuzana Schaleková, Senior PR Manager at the Pontis Foundation.

The whole campaign, from the first second to the final one, was created at home. This is Locco, which also created the original idea, helped with the post-production and the main visual design. “We are grateful to the agency, which responded to the situation flexibly, as well as to all the personalities who were enthusiastic about the idea of unity and togetherness and supported us with their videos and sharing our message through their social media channels,” adds Zuzana.

In the videos, personalities such as Táňa Pauhofová, Kristína Tormová, Gabriela Marcinková, Tomáš Hudák, František Kovár, sports personalities Anna Karolína Schmiedlová, Ján Volko, Maroš Molnár, comedians Števo Martinovič and Nastaran Motlagh, instagramers Blue Grandma, Moma, Expl0ited, photographer Patrik Paulínyi, food bloggers Čoje and Surová dcérka, but also the adviser to the President of the Slovak Republic Peter Bátor and anonymous influencerers Zomri and others, spoke to the public and called them to act.
The result of home videos are three spots which will be broadcast online and on social networks.

The campaign will last until the first of December when the whole world celebrates #GivingTuesday – a holiday of generosity, selfless giving and kindness. It is the exact opposite of Black Friday and Cyber Monday, the days of shopping frenzy which precede the Giving Tuesday. The goal of #GivingTuesday is to promote a culture of generosity and giving not only on this one day but throughout the year. People in Slovakia are joining the global movement. For the fourth time now, its ambassador to our country is the Pontis Foundation. Those who are looking for help, but also those who want to help, can still register on the Mozempomozem.sk website, which connects both donors and recipients of help.