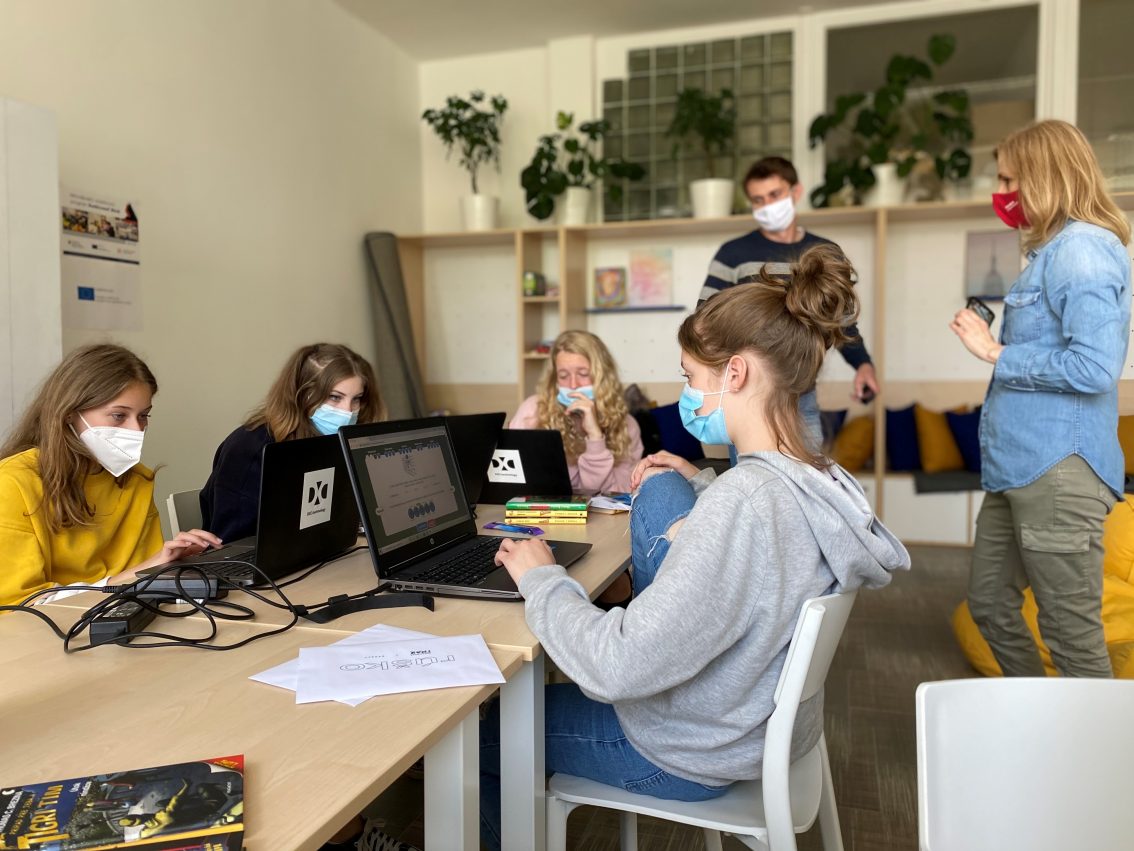 Open Future, a unique programme for children in primary schools, created by the Pontis Foundation in cooperation with renowned education experts, is now heading to Zvolen. After the success in Trnava, we will establish a second centre, thanks to which girls and boys at the 2nd level of primary school will get to know their talents and potential. This will help them make easier decisions in the future, for example, when choosing a secondary school or a career. Top experts from the field of business, science and culture will accompany them on their journey. The Pontis Foundation sealed the cooperation by signing a contract with the local school where the new centre will be located.

In September, 25 young people from Zvolen will work and learn in this modern mini coworking space. Here, they will suggest ideas and solutions to shortcomings in their communities. “We gradually lead the children in the Open Future programme to the creation of their own ideas, which help solve the problems in the communities where they live. The children will create their own social innovation,” Martina Kolesárová, Executive Director of the Pontis Foundation, explains.

Thanks to the support and cooperation of the Town of Zvolen, the Open Future centre has found its home at the Petra Jilemnického 1 Primary School. The school educates a high number of children from socially disadvantaged backgrounds. We will welcome the pupils from a wide area in the region. “The educational plan, which is the only one of its kind in Slovakia, put emphasis entrepreneurship, digital and soft skills. These prove to be key to succeeding in life in the current dynamic times. Also, there is often not enough scope for the development of these skills during formal education,” Martina Kolesárová adds. 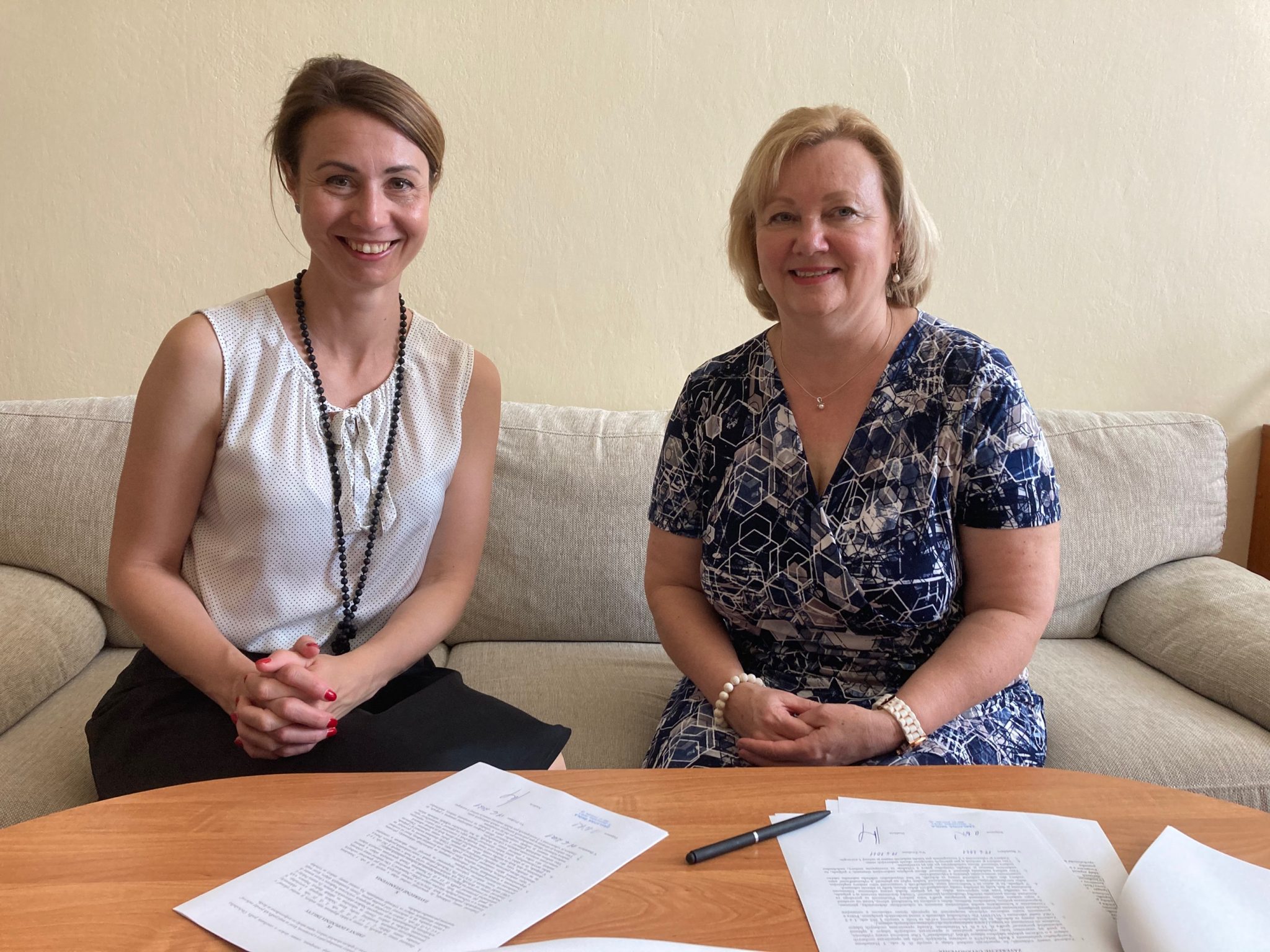 The Open Future centre, which will be located in one of the classrooms, will provide children with a pleasant environment and access to IT technologies. Pupils will be able to use the centre every day from Monday to Thursday during the school year. Twice a week, we will prepare a programme for them, which will focus on the development of teamwork, IT skills and awareness of the issue of sustainability. Later, there will be mentoring and activities aimed at personal growth when the pupils prepare for the transition to secondary school.

“Today’s children grow up with technology, and our job is to teach them to work with them and create, not just to consume them. We have also incorporated coding minicomputers into the study methodology. The so-called micro: bits help the children learn the basics of coding, as well as develop their creativity, ability to solve problems in a team, and courage to experiment,” says Tatiana Švrčková, Senior Social Responsibility Specialist at Slovak Telekom, which supported the development of the unique methodology.

Inspiring experts from non-profit organisations and companies operating in the region will accompany the young participants throughout the process. Four specially trained mentors, students of the nearby Matej Bel University in Banská Bystrica, will also take part.

The Orange Foundation, a partner of the centre in Zvolen, made it possible to expand the Open Future programme also to another location. “We think it is necessary to teach children to understand the digital world, to show them the way to behave responsibly and safely in it, and to think critically. We consider the way in which the Pontis Foundation educates the young people in the Open Future programme to be unique and very inspiring. We are very happy about replicating the concept in another town, and hence making it possible for children in Zvolen to acquire skills useful for their future and personal development,” says Andrea Ungvӧlgyi, administrator of the Orange Foundation and CSR specialist at Orange Slovakia.

“We are convinced that the programme can broaden the horizons of boys and girls and thus have a major impact on their development, future career choices and, last but not least, support the perception of how they can help their region. The fact that two competing companies have joined forces to support the programme is a strong message, which confirms that we care about the development of young people because they are our future,” concludes Martina Kolesárová.