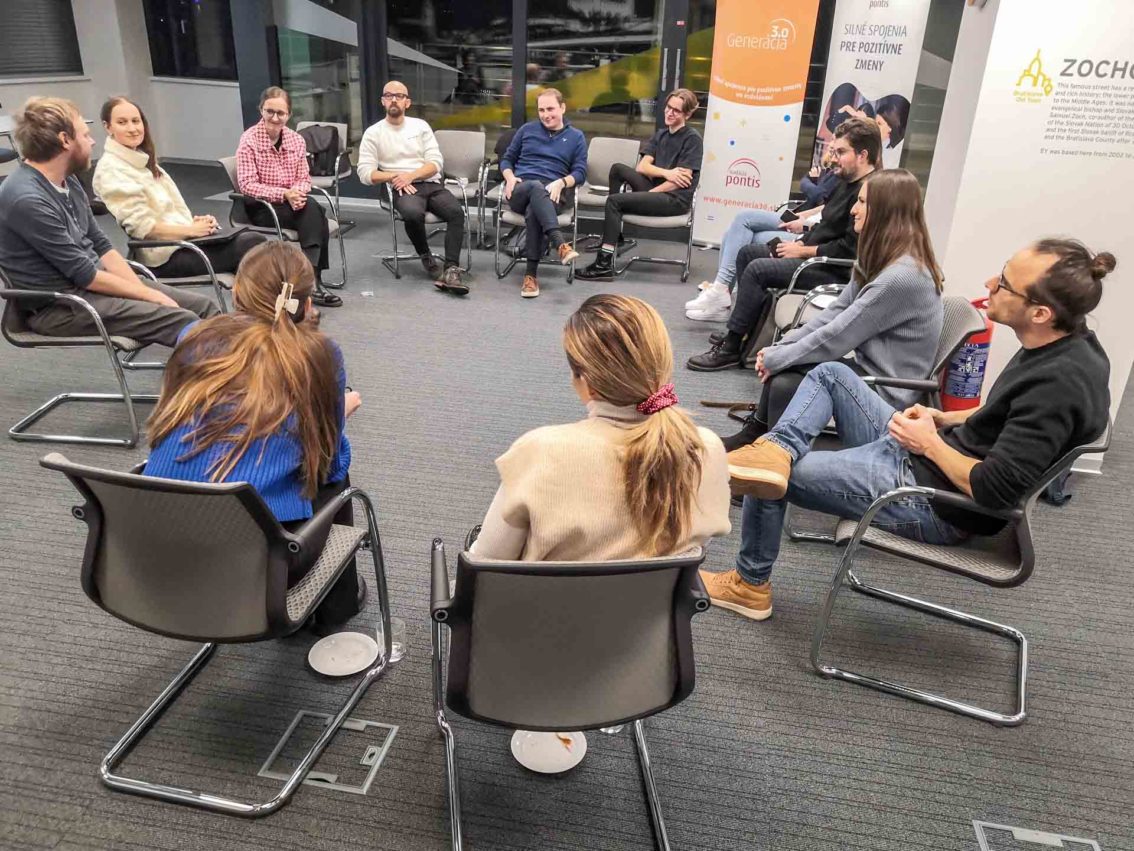 EDUaccelerator 2022 has ended. It helped organisations in setting their educational programmes

The evaluation committee will decide who will receive support in the amount of 30,000 euros. The mentoring acceleration programme ended after three months.

Five organisations worked on their programmes for pupils of Slovak schools, in which they focus on: 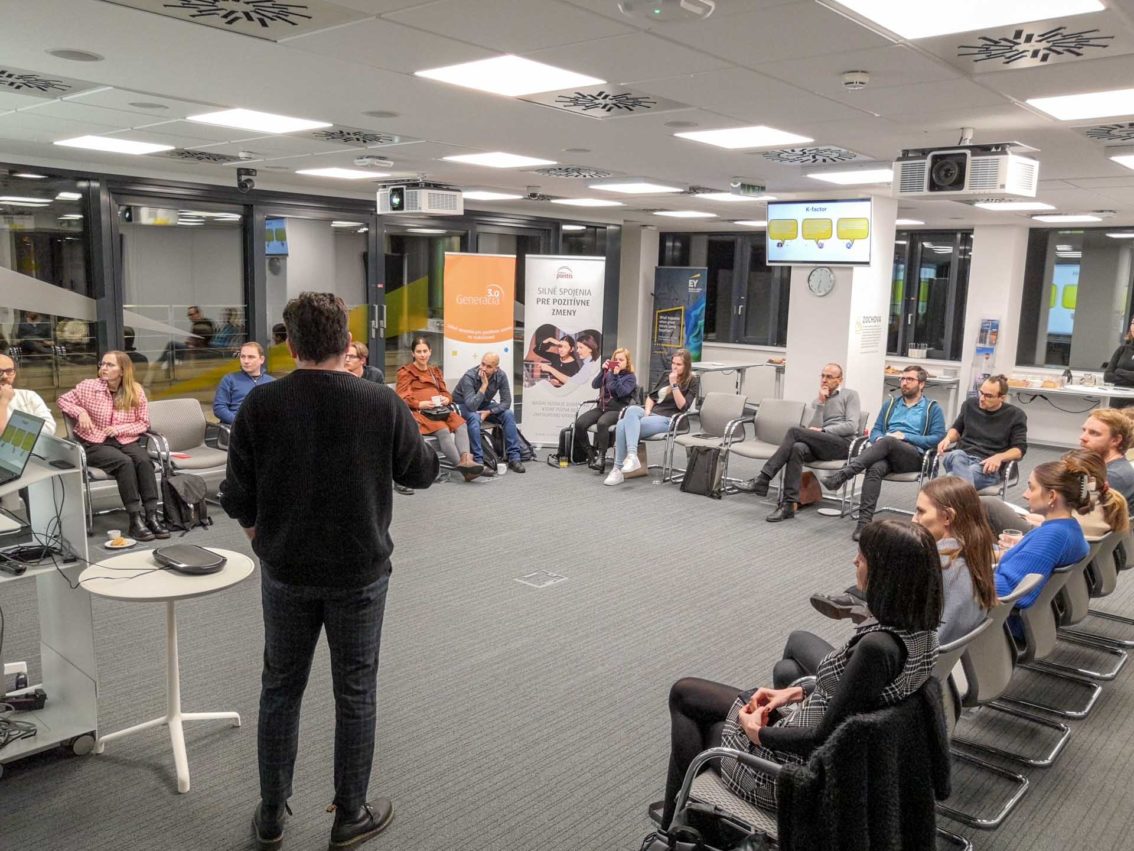 The intensive work of the organisations took place under the guidance of personal mentors. The researchers helped to set up the impact measurement of the activities. The EDUaccelerator also included meetings with external experts on topics that the organisations identified as important but did not fall within the expertise of their mentors.

Together with their mentor Zuzana Suchová, they focused on fundraising and communication in the programme. They created a design manual for social networks and a database of live media contacts. They tested it on several presentations for different target groups. During the accelerator, they looked for new ways of obtaining resources aimed at companies. They created an offer for companies and organised a meeting with them.

They consider the change of impact measurement under the guidance of Jana Fúsková (University of Trnava) to be key, which helped them find a more straightforward method of monitoring value and attitude shifts in pupils. Previously using an association experiment, they switched to the method of social distancing through the Survio programme on a sample of 1,000 pupils.

Under the guidance of mentor Martina Králova, they adjusted the vision and mission of the organisation and, at the same time, worked on the fundraising strategy. They also created several new products, most of which they tested and included in the portfolio. One of them is DASATO in schools.

Besides creating the concept of a new programme, they have already managed to train 155 high school students in eastern Slovakia. They also created a workshop for companies focusing on attracting young talents, an HR database, and a project in practice with alum students.
They also focused on alumni when setting up impact measurement with their consultant Romana Kanovská (Pontis Foundation).
Ivana Hollá, currently our colleague, who had worked at Procter & Gamble for eight years before, helped them set up the presentation of their activities to companies to obtain support.
Ivana Kompasová (Pontis Foundation) helped DASATO grasp the vision and mission of the organisation.

As co-founder Anka Viľchová says, thanks to the accelerator and mentor Vanda Hlaváčková, the organization created its key programme titled Emotional Compass.
They managed to fulfil the main goals, namely developing a strategic communication and fundraising plan, strengthening the team’s communication and fundraising skills, implementing a fundraising campaign and communicating with corporate donors.
Besides having fundraised 2,694 euros, the result of the campaign on the donio.sk platform was also newly arranged meetings with supporters, greater visibility, an increase in followers, and the further interest of schools in the programme.

Under the leadership of Iveta Juricová, Emtegra focused on preparing observation sheets for teachers to monitor pupils’ progress in individual areas of the project’s focus, such as: work with emotions and the development of kindness and empathy in pupils.

Their mentor was Róber Magyar (SuperScale), a game expert.
They have expanded the number of educational games teachers can currently use within ten subjects, among others, such as Slovak language, ethics, history and geography. They also carried out a validation marketing campaign through cold mailing and cold calling, in which they determined whether schools would be interested in the platform’s educational games.
Stanislava Staselová (O2) helped the organisation with its setup. Consultation on corporate fundraising was provided by Dominika Horňáková (the Pohoda festival).
Together with researcher Martin Kuruc (Comenius University), they went through setting up the theory of change and defining the goals of their activities.

In the course of the accelerator programme, they increased the number of students involved in the Critical Thinking Olympiad from last year’s 2285 to this year’s 5637. They also worked on creating an e-learning platform, as part of which they implemented feedback from their mentor Tina Ličková. Besides the platform’s design, they also prepared the content of its courses
They feel that thanks to the accelerator, the programme has become one of the pillars of the organisation.
With the help of a researcher from the Research Institute of Child Psychology and Pathopsychology, Jakub Lieskovský, the SDA created an adapted form for students to measure skills in critical thinking, recognition of manipulation, hoaxes and attitudes towards minorities.
With e-learning specialist Róbert Baumgartner (NAY), the organisation consulted the methodology of learning blocks in an online environment to be effective for students.
Social network expert Lucia Víglašová (Pontis Foundation) provided the SDA with feedback on whether to create separate social media accounts for individual programmes and create a strategy of different content on individual accounts. 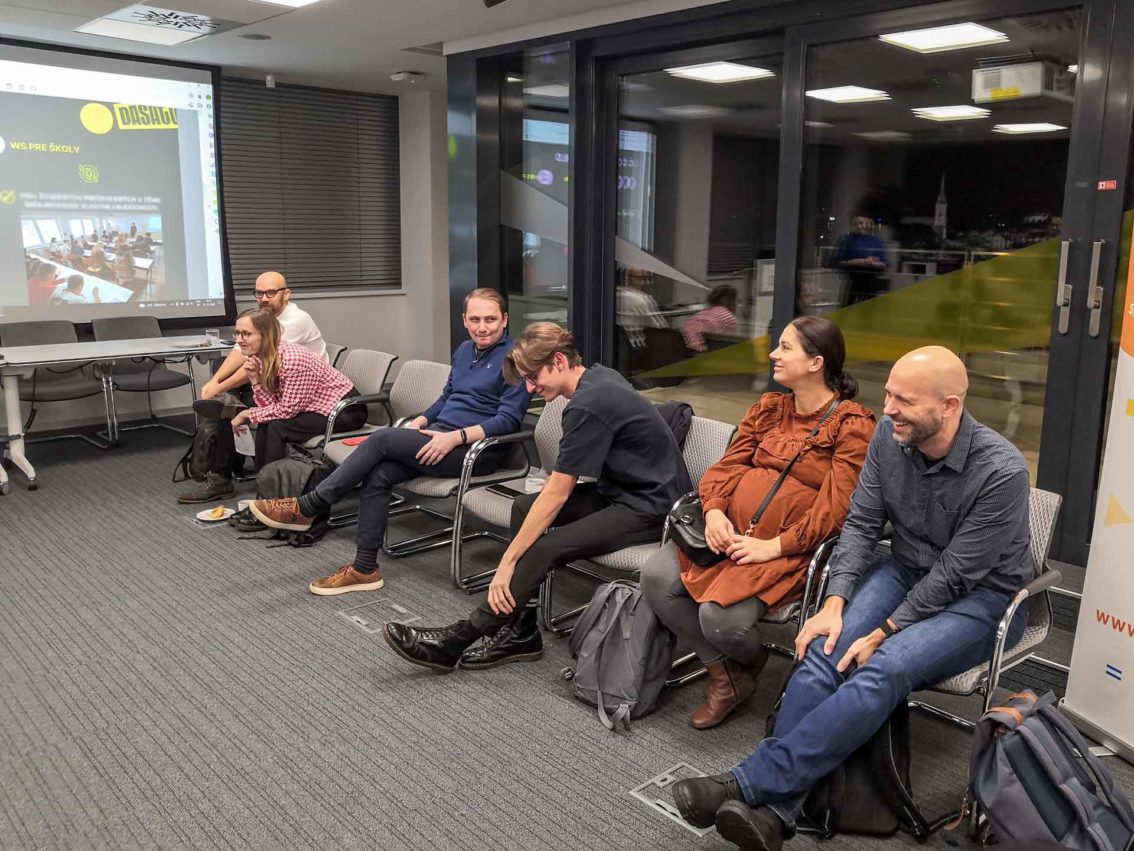 Members of the evaluation committee Heliodor Macko and Andrea Basilová (right) with EDUaccelerator participants (Richard and Ondrej from the Slovak Debate Association, Zuzana and Maroš from the Centre for Community Organisation)

We will provide an amount of up to 30,000 euros to one of the accelerators. The funds will be used to disseminate and develop the programme. That’s why we also set up an evaluation committee that will decide on the supported organisation, and with which the organisations had four meetings during the accelerator.

At the last meeting in December, the participants of the EDUaccelerator presented, in addition to the changes, the framework of the potential use of a non-refundable grant for the dissemination and development of their programme in the amount of 30,000 euros. The grant will be donated to one of the organisations.

Criteria for selecting a supported organisation

• Potential for positive impact (Does the programme solve a problem that is important, neglected and solvable? How significantly does the intervention affect schools, teachers and students? What is the added value compared to the competition?),
• Impact potential (Is the result achievable in terms of organisational capacity? Is it assumed that the school/teachers/students can absorb and implement the programme? What is the estimated number of teachers/students that the programme can reach?),
• Implementation team behind the programme and experience of the organisation (Number of people behind the programme, their expertise, commitment, sustainability),
• Possible impact of support from the Pontis Foundation on the organisation (Financial efficiency of the proposed solution).

The committee consisting of Andrea Basilová (Sensoneo), Miroslava Hapalová (UNICEF), Heliodor Macko (SEAK Energetics), Norbert Maur (Pontis Foundation) and Ondrej Smolár (Soitron) will decide which programme will be granted the support on the 24th of January 2023 at the Impact Summit.