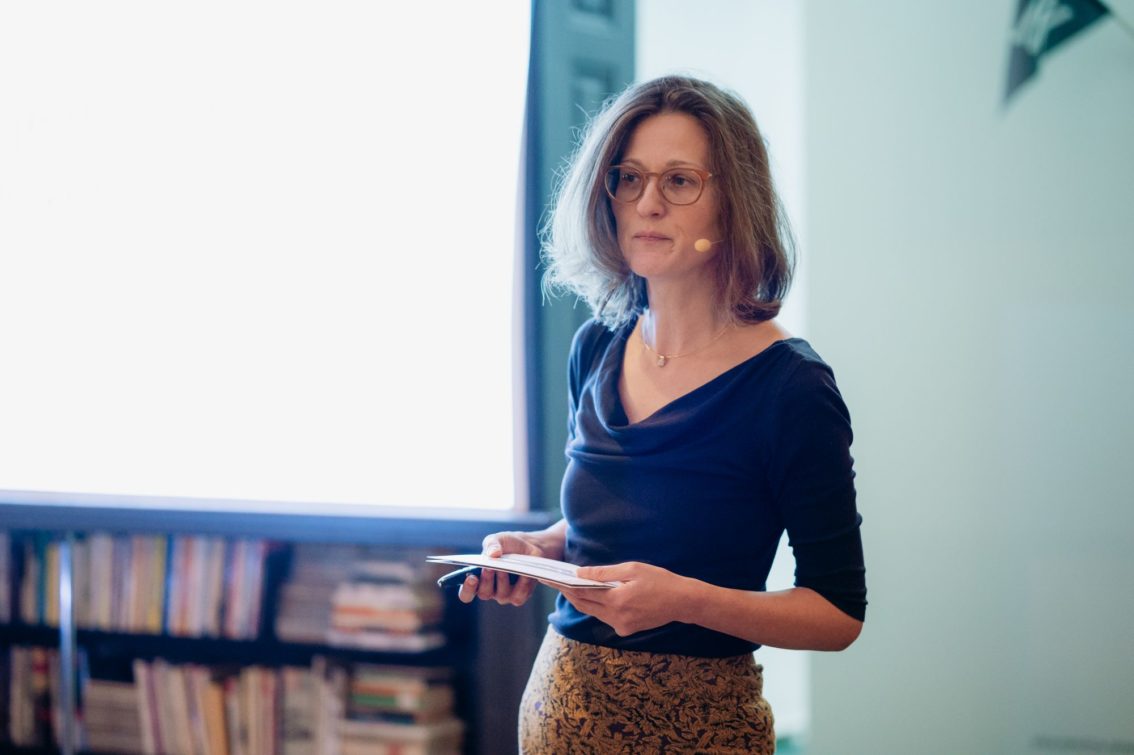 How can lawyers from the end of the 19th and the beginning of the 20th centuries inspire us?

At the Impact Talks, which focused on the issues of law and philanthropy, we decided to illustrate this connection with solid examples from our history. Collaborating lawyer of the Pontis Foundation, Eva Braxatorisová, in a short history talk, reflected on what is hidden behind the stories of pro bono assistance provided by lawyers in Slovakia.

“When I thought about what is key to the work of a lawyer, I came to the conclusion that it is trust. It is what the relationship of a lawyer and a client is based on,” said Eva Braxatorisová. At the Impact Talks, she presented three stories of lawyers who also engaged in philanthropy.

One of them was the world philanthropist Juraj Schulpe, whose office was given the epithet “lawyer’s office for the poor”. Schulpe built a workers’ community in Bratislava with a public library and access to health care. “He used to bring bread and milk and children’s books to the poor,” described Eva.

The second story she talked about was the life of Štefan Marko Daxner, who is considered the first-ever Slovak lawyer. Daxner often represented the poor in legal disputes and significantly, materially and financially, helped establish the first Slovak grammar school in Revúca.

Lawyers stand by their clients when they need help. And when state authorities inappropriately interfere with citizens, lawyers are an essential safeguard of democracy.

Next, we focused on events from the life of Emil Stodola, thanks to whom we use the term “attorney” (orig. advokát) today. Stodola founded and, for a long time, financed the journal titled Legal horizon (orig. Právny obzor) himself, contributed to many collections and much more. He also has his share, for example, in the creation of counselling centres for pregnant women.

However, Schulpe, Daxner and Stodola have something else in common besides charity. “The stories of these three lawyers are stories of trust,” concluded Eva.

The evening was part of the 4th edition of the European Pro Bono Week, which is being prepared by the international organisation PILnet together with its partners. You can read more about the Impact Talks: Law and Philanthropy event here.