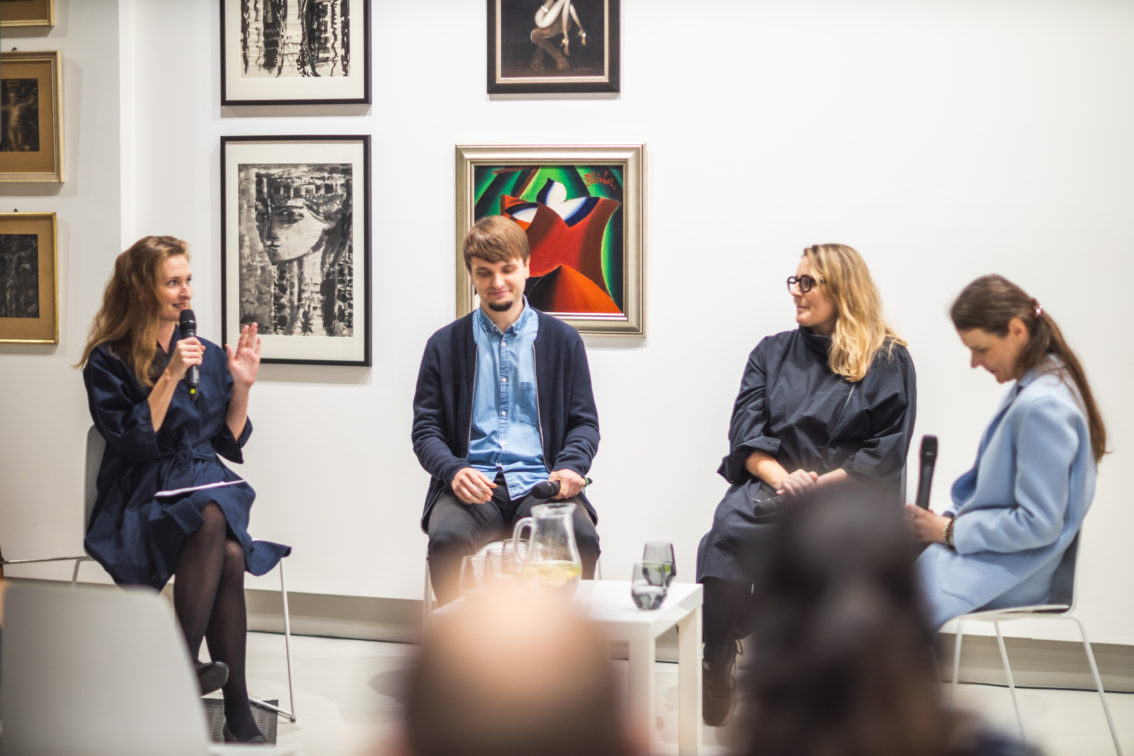 Impact Talks: Philanthropy and the arts need each other

For the fourth time already, we have had the opportunity to welcome special guests at the discussion dinner on philanthropy, titled Impact Talks, held in the beautiful premises of the SOGA Auction Company. The theme of the event was the connection between philanthropy and art, how much they influence each other and whether there is a right way to choose whom or what to support as a philanthropist.

The director of the Slovak National Gallery, Alexandra Kusá, the rector of the Academy of Fine Arts in Bratislava, Bohunka Koklesová, and the co-founder of the Black Holes initiative, Martin Lipták, discussed precisely these questions. The discussion was hosted by Jana Močková, editor of Denník N.

“For it to work, it has to be a two-way relationship that both parties enjoy,” said Alexandra Kusá about the relationship between artists, cultural institutions and philanthropists. She added that creating a personal relationship with the funder and finding out what interests the funder. Preparing tailor-made offers is more work, but it is all the more satisfying.

Art creates barriers to polarization and extremism – it affects the climate in society. Within Slovakia, this is a long-distance race. (Bohunka Koklesová)

The Black Holes (orig. Čierne diery) also have an exciting view of helping in the artistic sphere. Sometimes, they stand on the side of the artists, but at other times they are in the role of their supporter or direct funder. An example can be the case when they embarked on the reconstruction of the castle in Jelšava or collected funds for the Machnáč Medical Centre in Trenčianske Teplice. About why they chose these projects for support, Martin Lipták says that it was a purely emotional matter.

“What we can do to support culture and philanthropy is to inspire other people. Sometimes it is necessary to focus on projects which may seem illogical to some, as long as one believes in them,” he says.

The programme of the fourth Impact Talks brought several inspiring stories. Nina Gažovičová, an art historian from the SOGA Auction Company, talked about an exceptional domestic example of philanthropy in art, which is the LINEA collection of the Zubaľov family. Three years ago, the Zubaľovs donated more than 150 works from their private collection to the Slovak National Gallery. In Slovakia, this is a unique achievement, not only in scope.

The event host, Milan Junior Zimnýkoval, interviewed our musical guest, the famous cellist Jozef Lupták, who is also the founder and artistic director of the Convergencies festival. “In Convergencies, we wanted to create a space where music sounds like my colleagues, and I imagine. But what we do is built on a lot of support. The first five to seven years are important for such a project to survive. Convergences have grown since then, and so has our support. But it’s not just about money,” says Jozef Lupták about the importance of philanthropists and partners for cultural projects.

Take a look at the event photo gallery 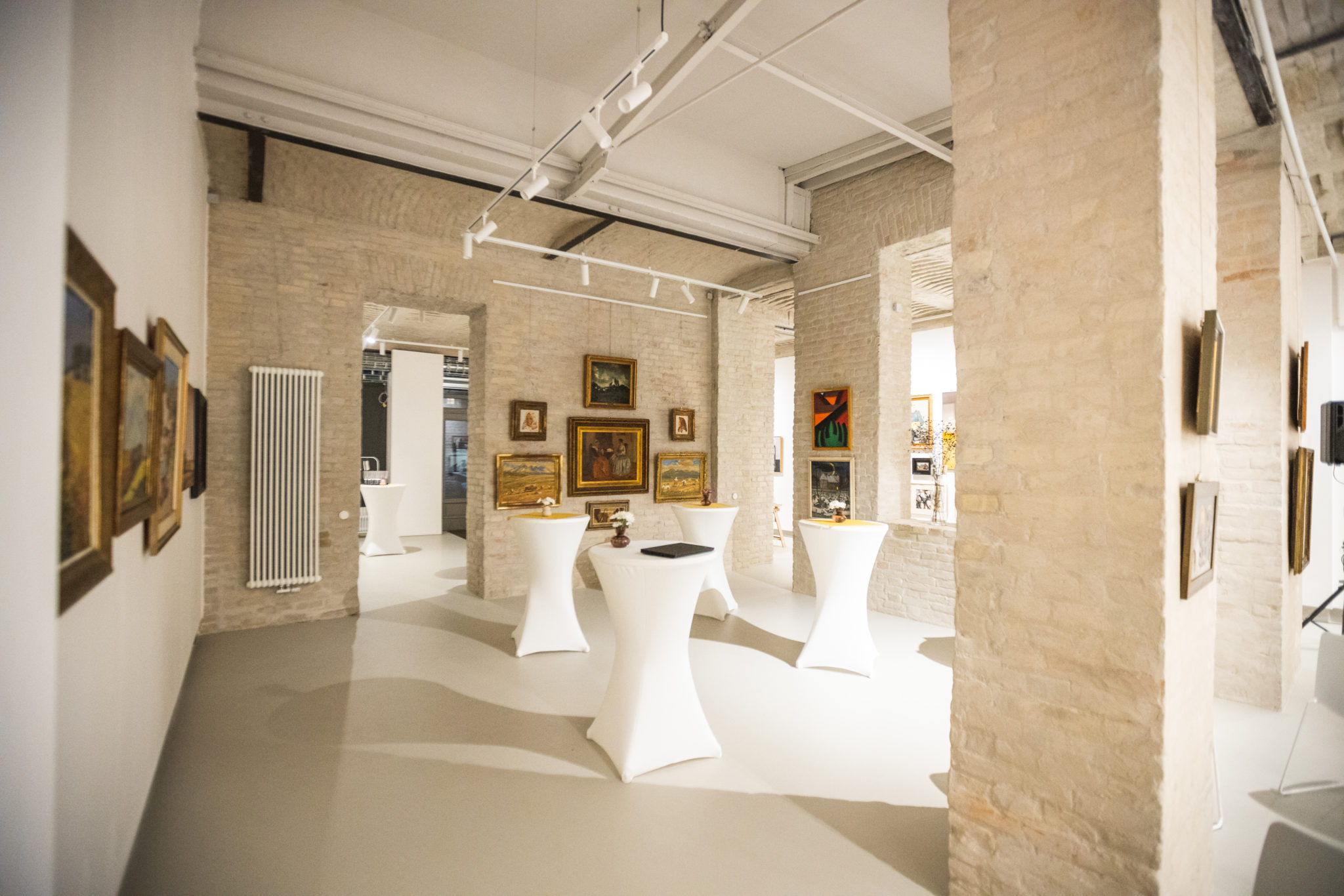 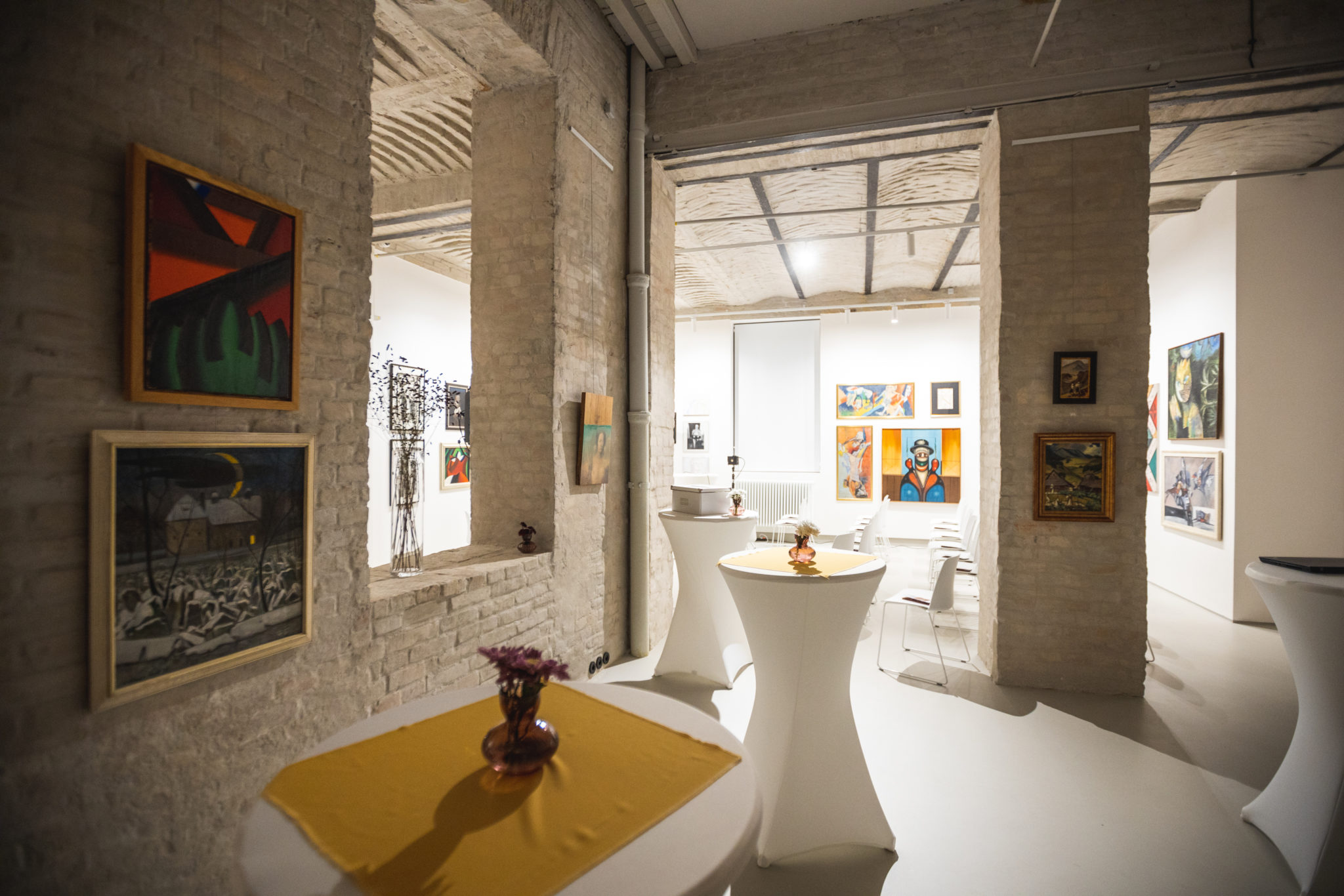 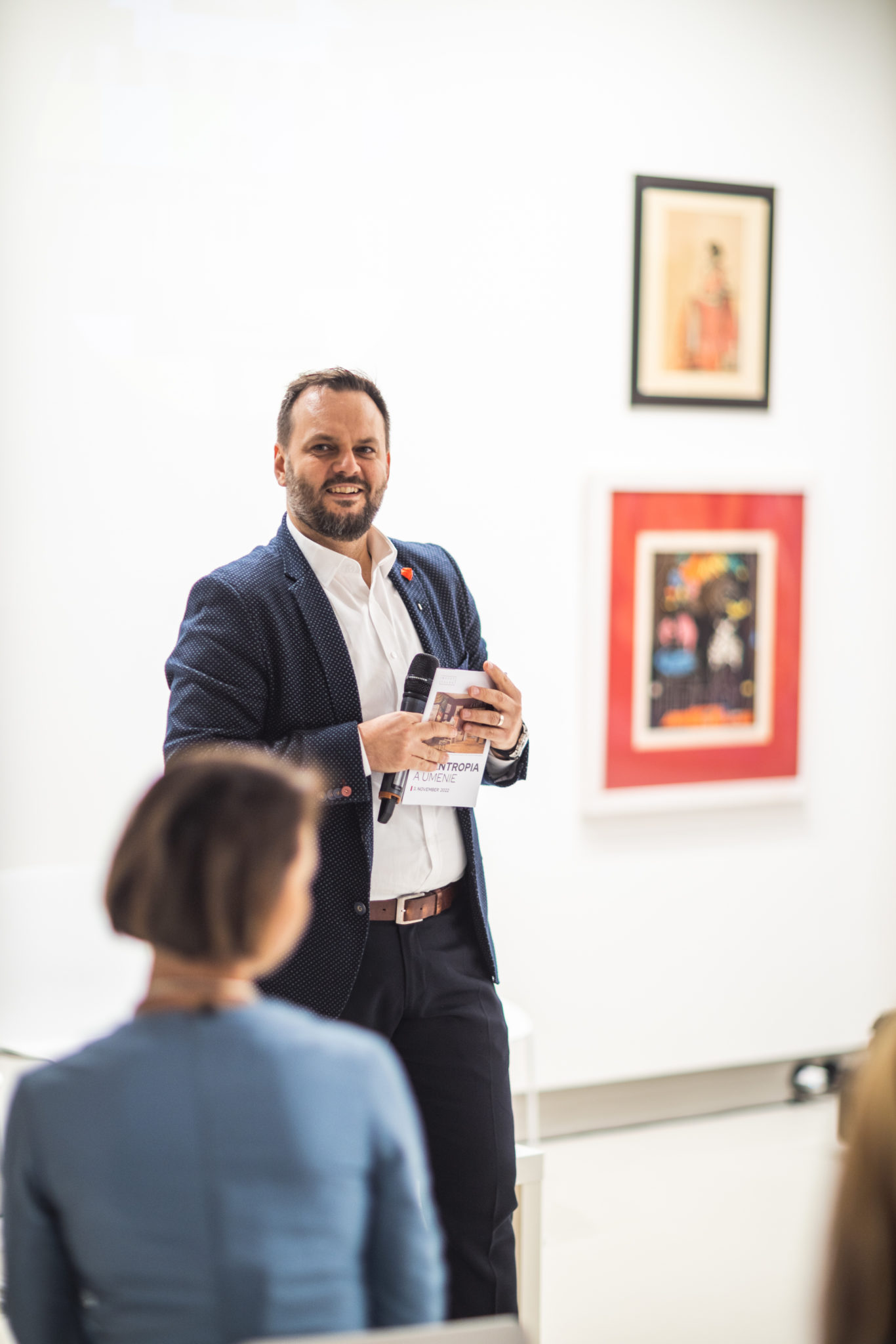 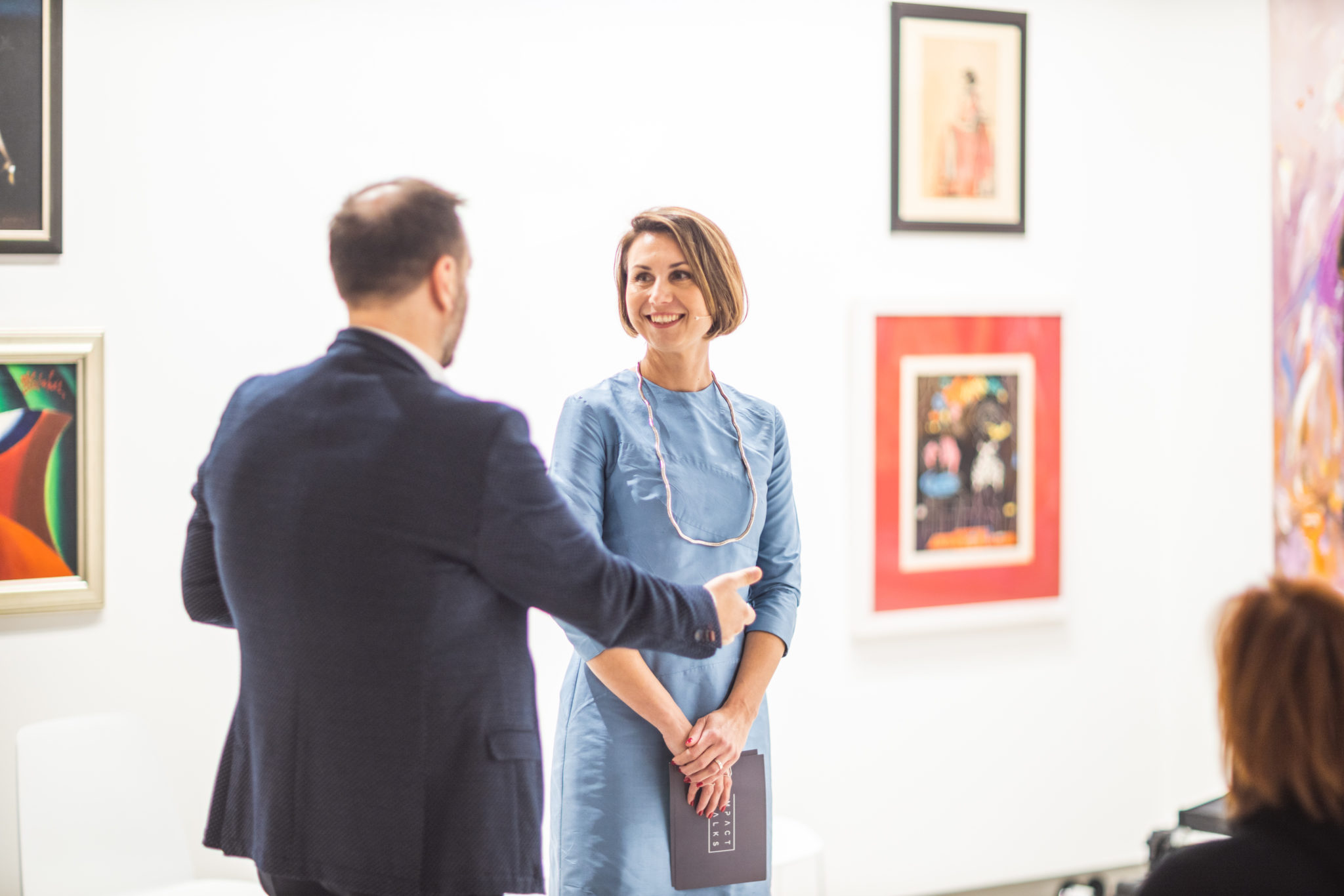 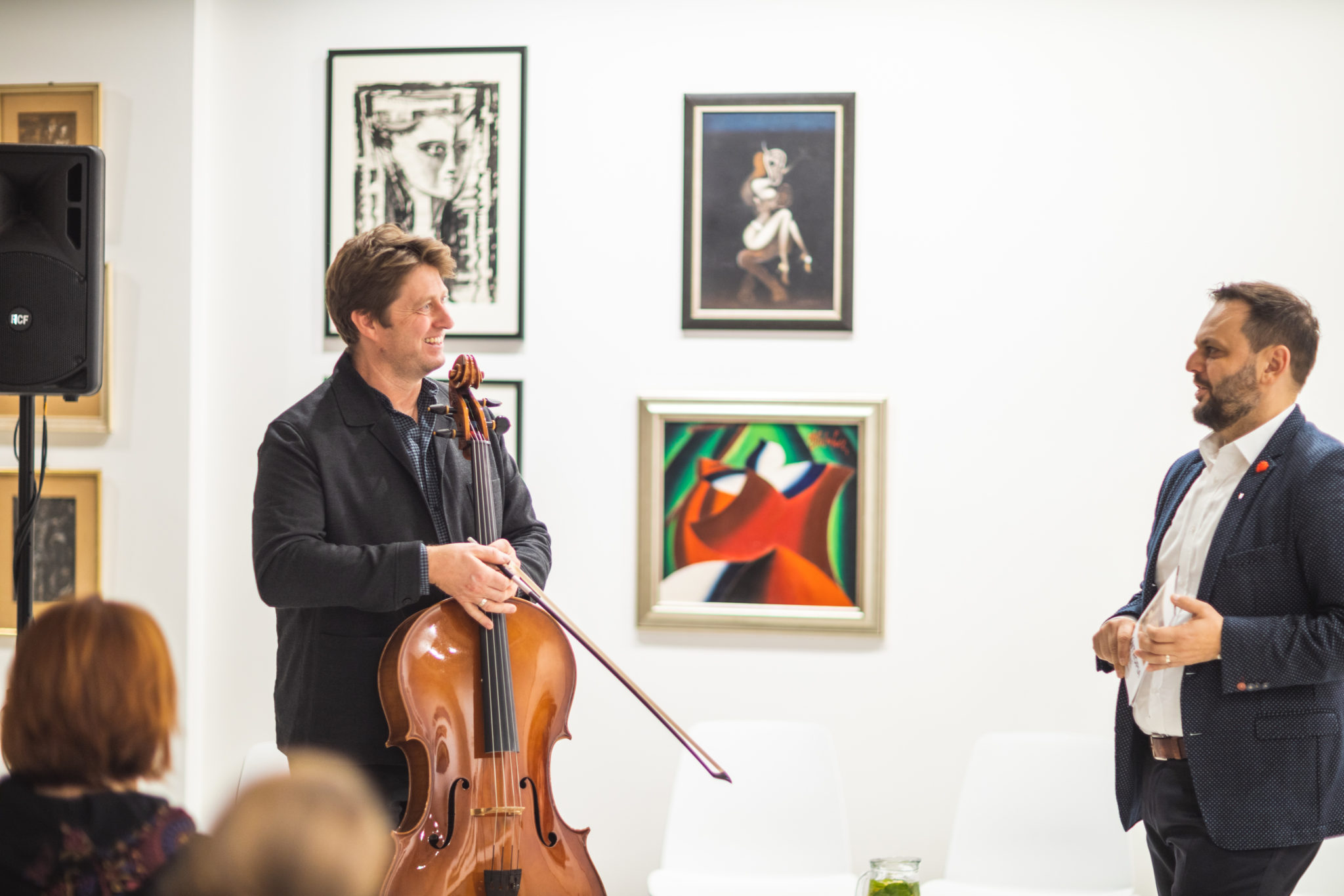 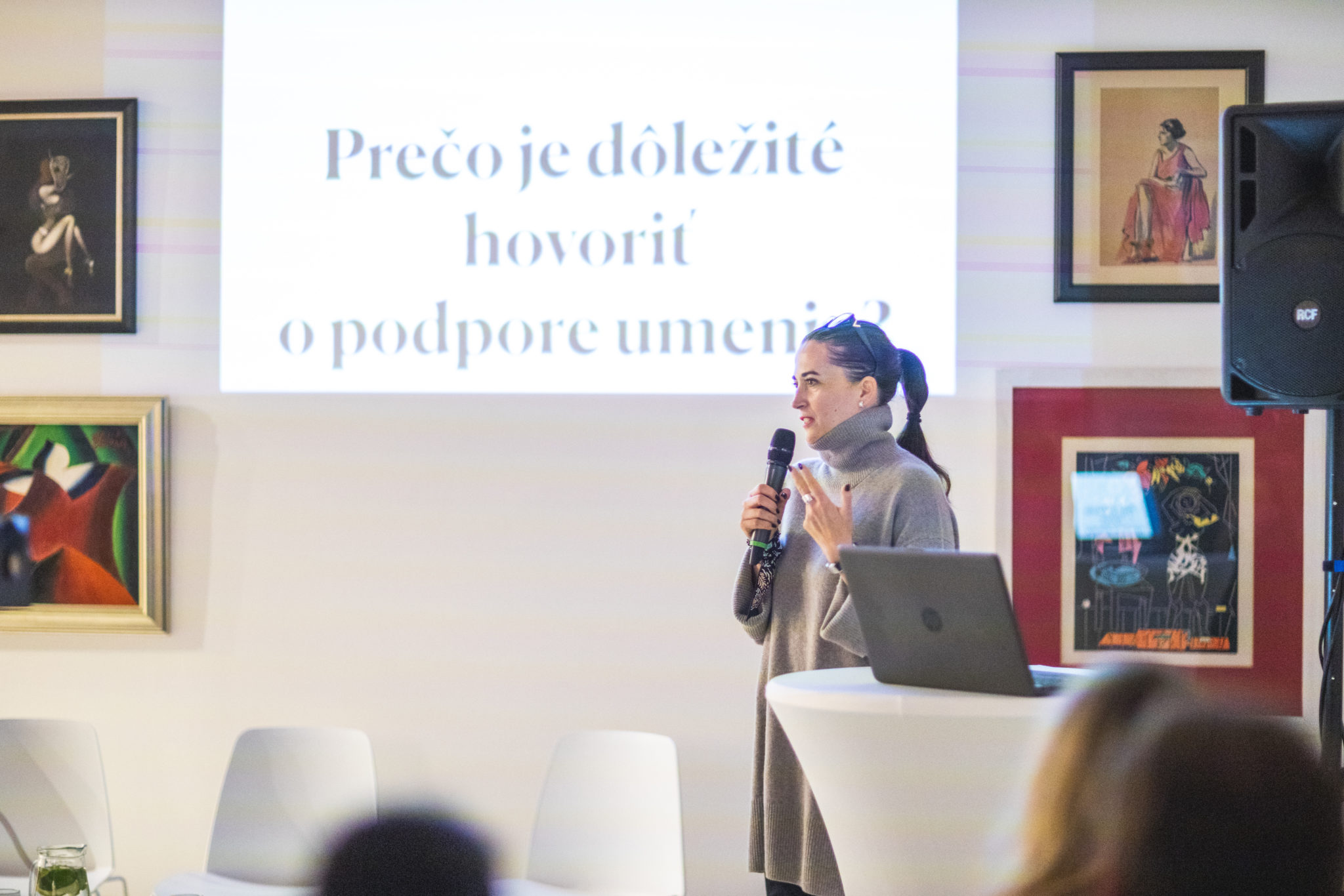 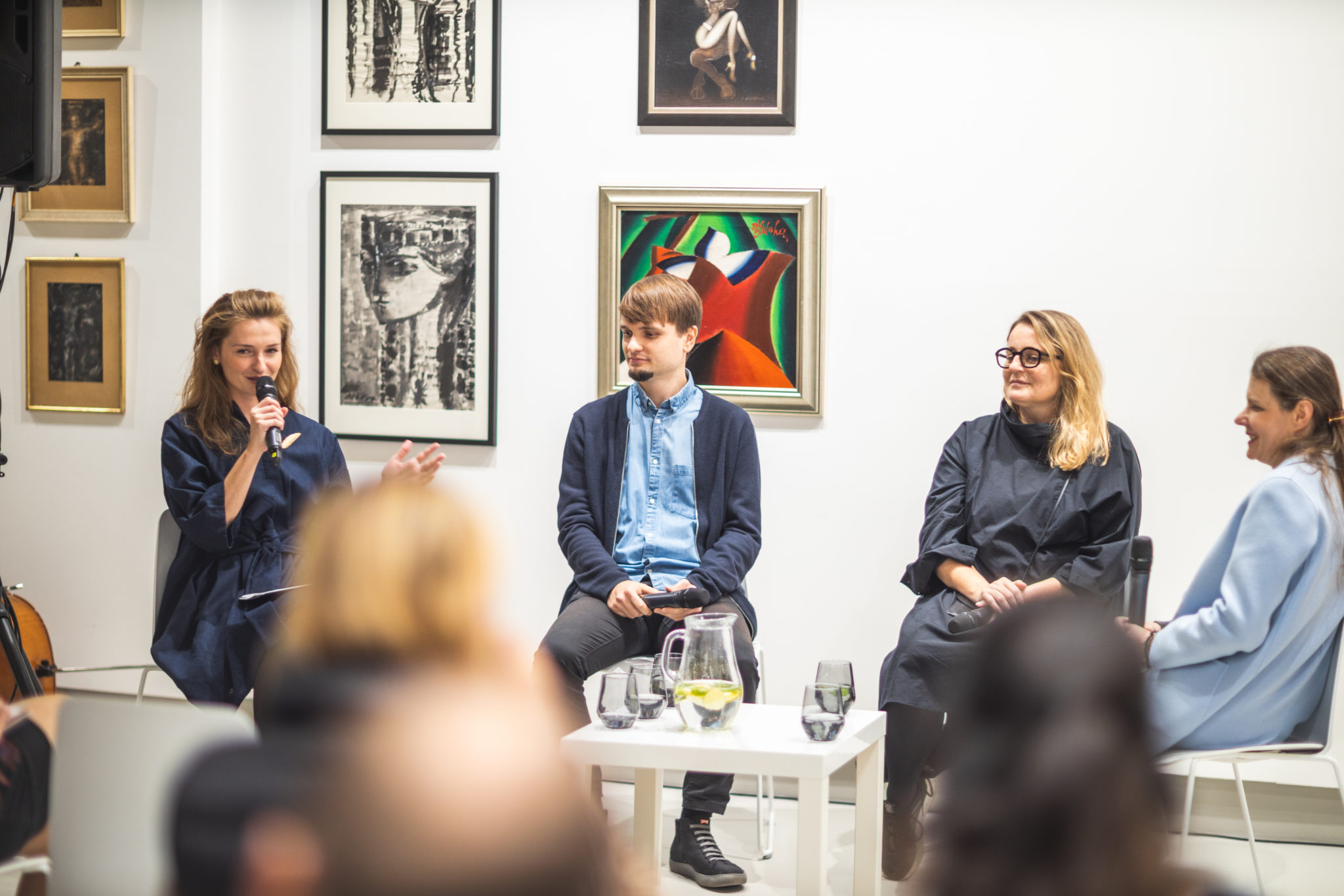 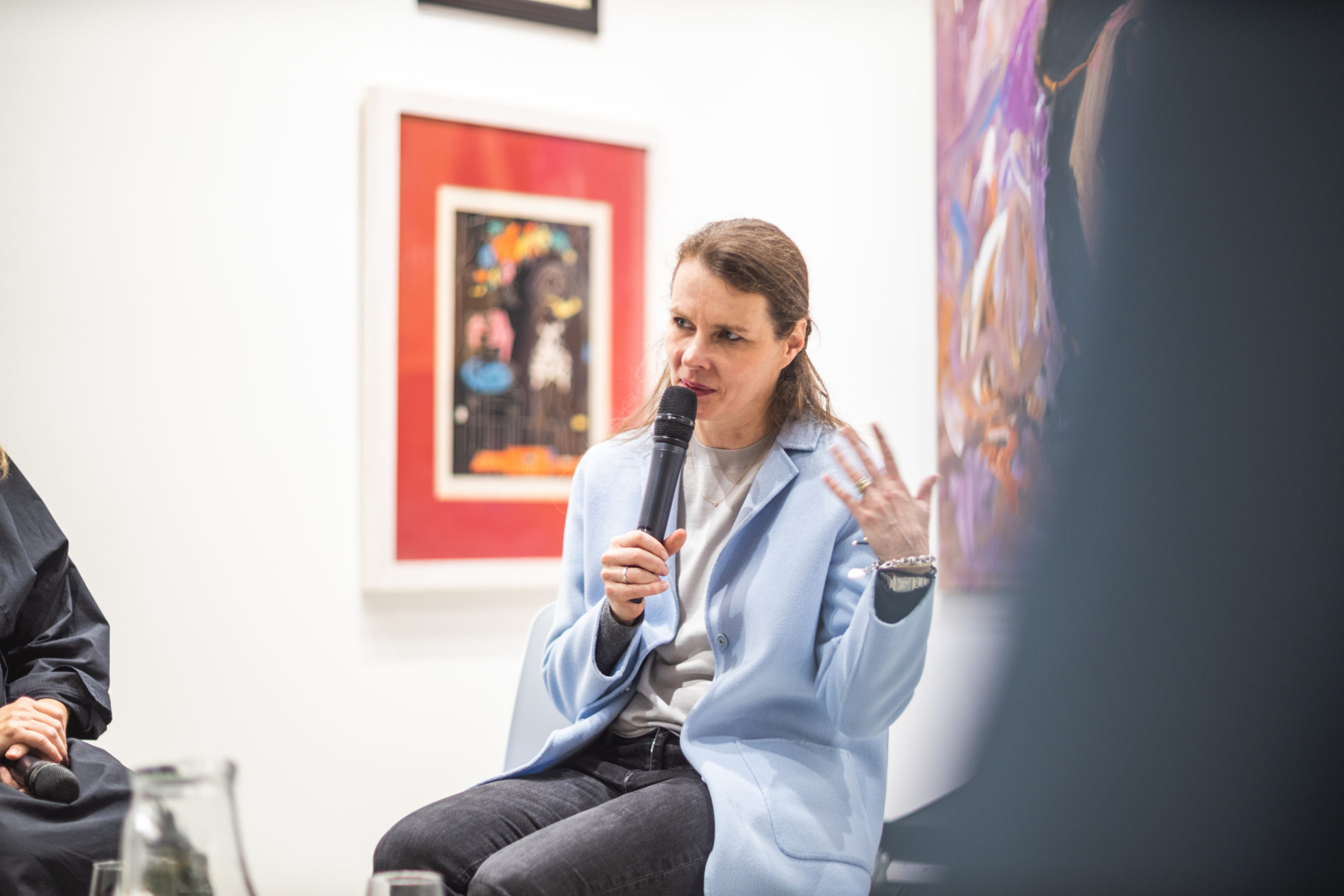 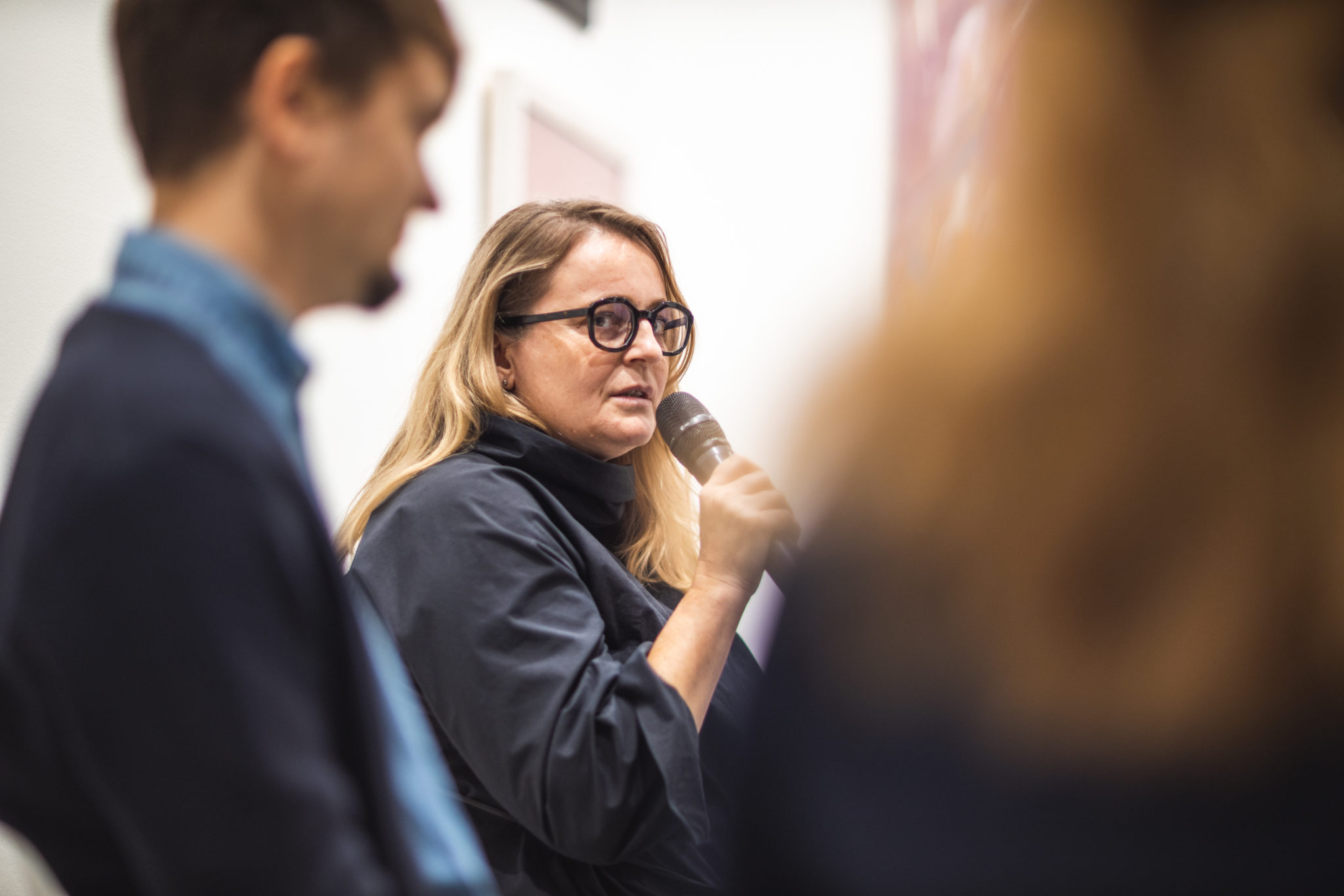 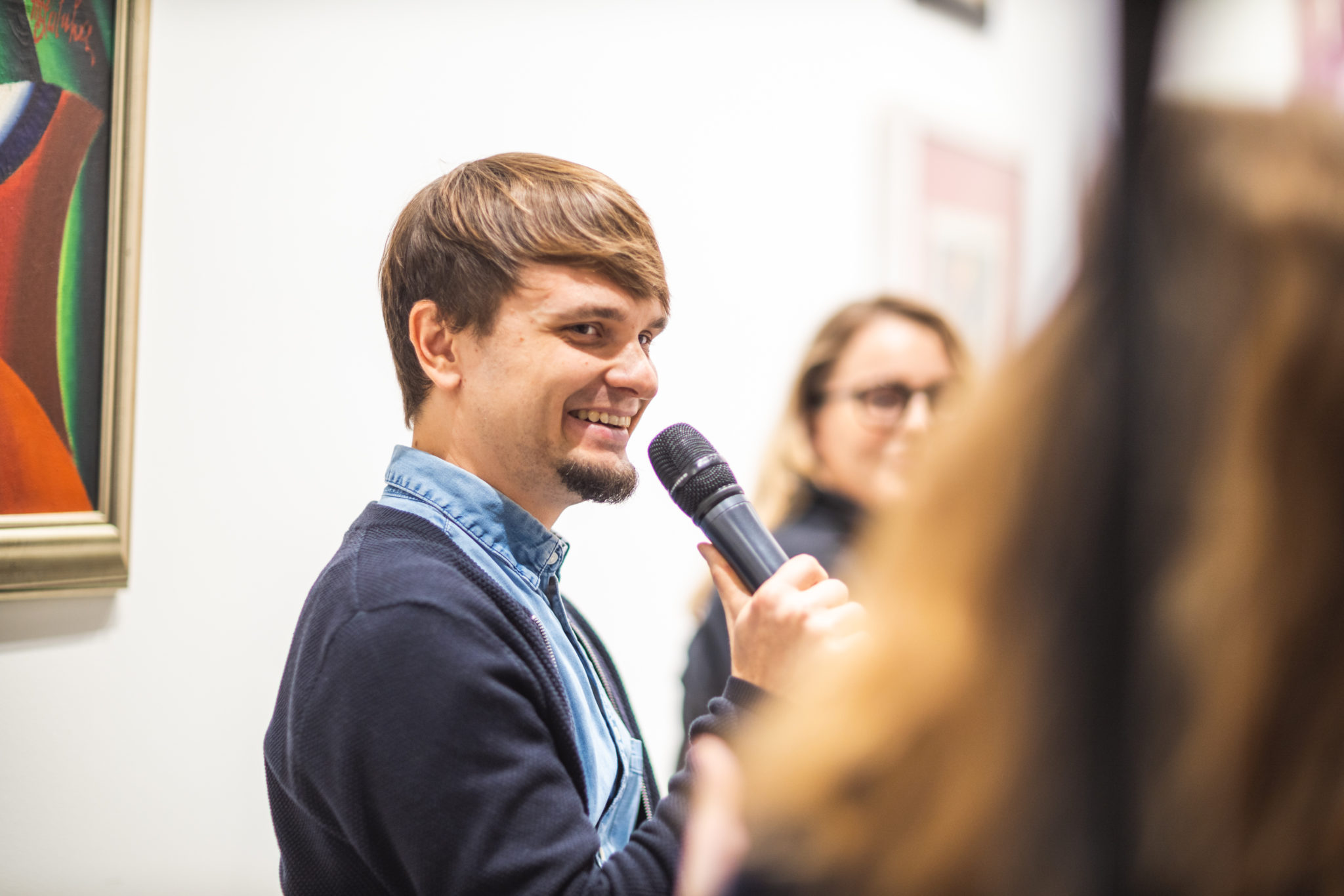 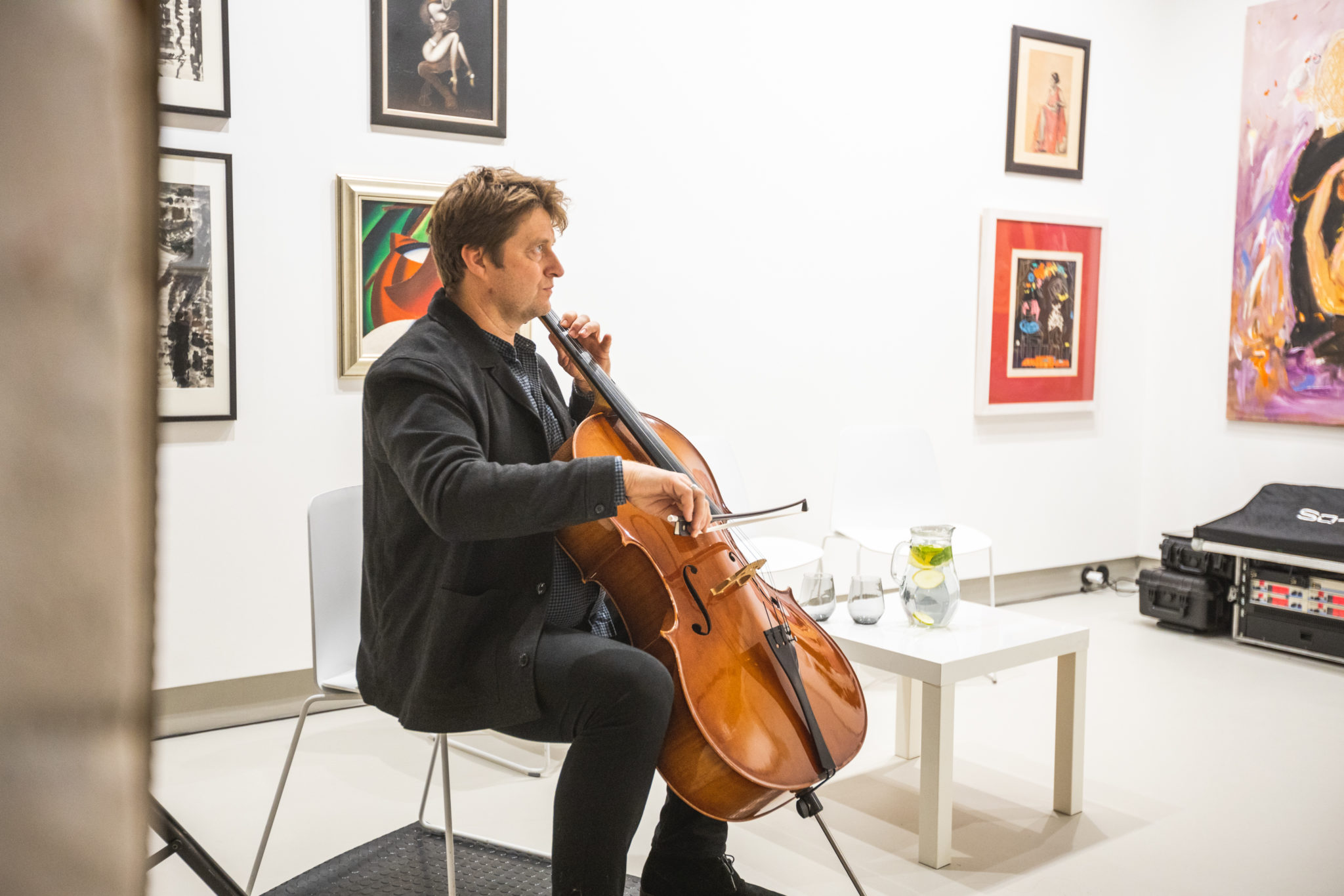