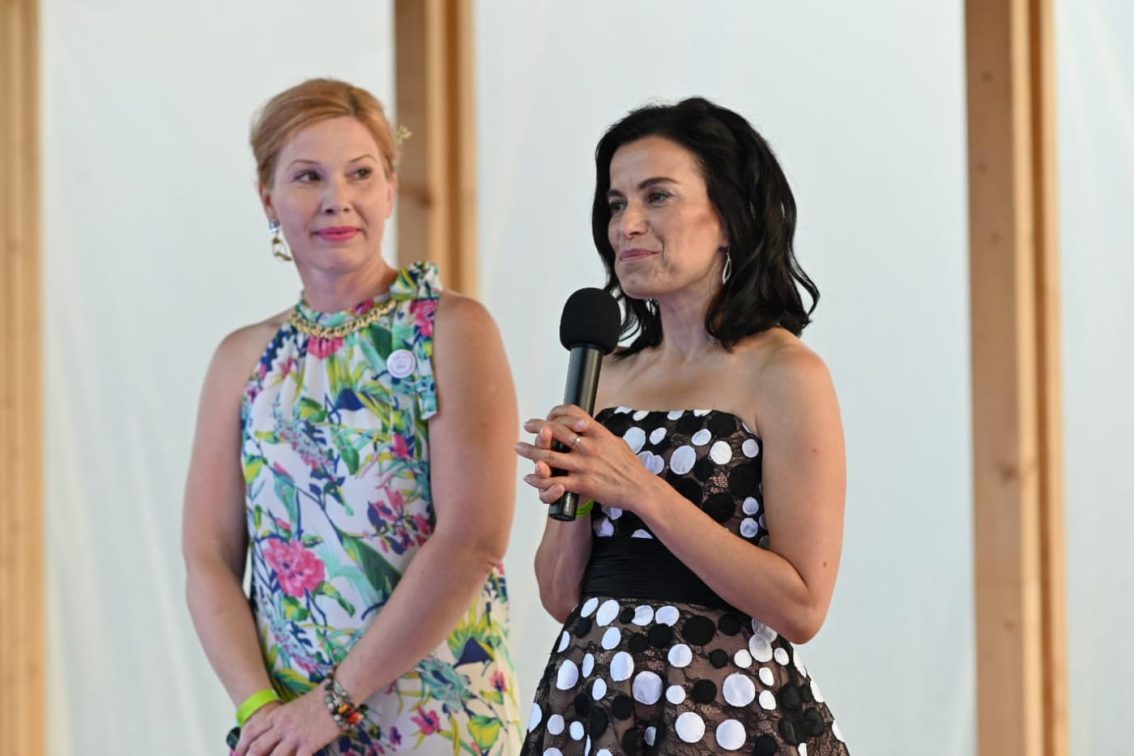 Lenka Surotchak Will Strengthen the Board of the Pontis Foundation

From September, the Pontis Foundation will have two executive directors. Its leadership will be taken over by the current programme directors – Martina Kolesárová and Michal Kišša. Both will be statutory representatives of the foundation and their competences will be shared. The current head of the foundation Lenka Surotchak has decided to resign from the post of executive director. However, she is not leaving the Pontis Foundation. Lenka will become a member of the board of directors in autumn. 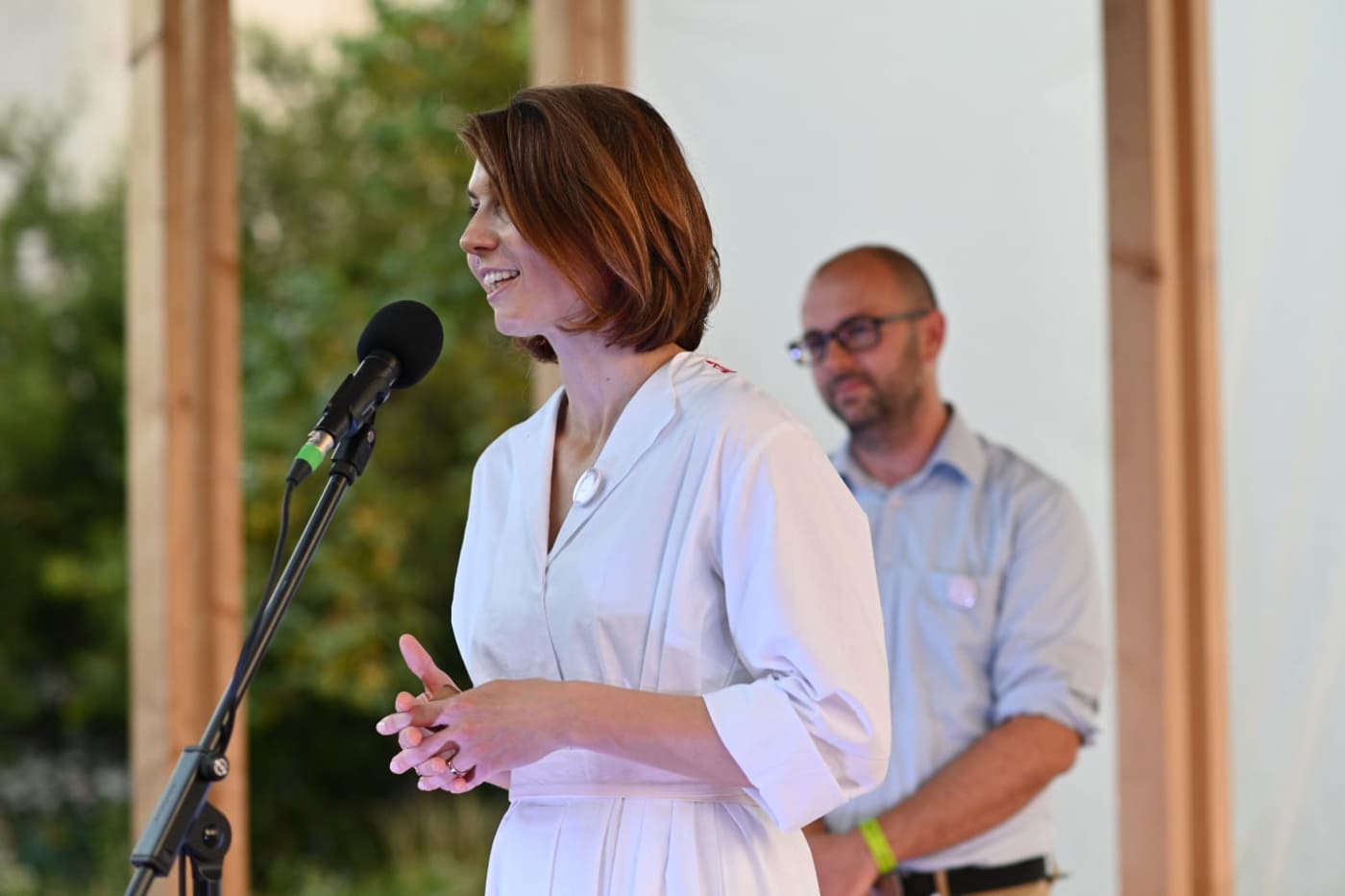 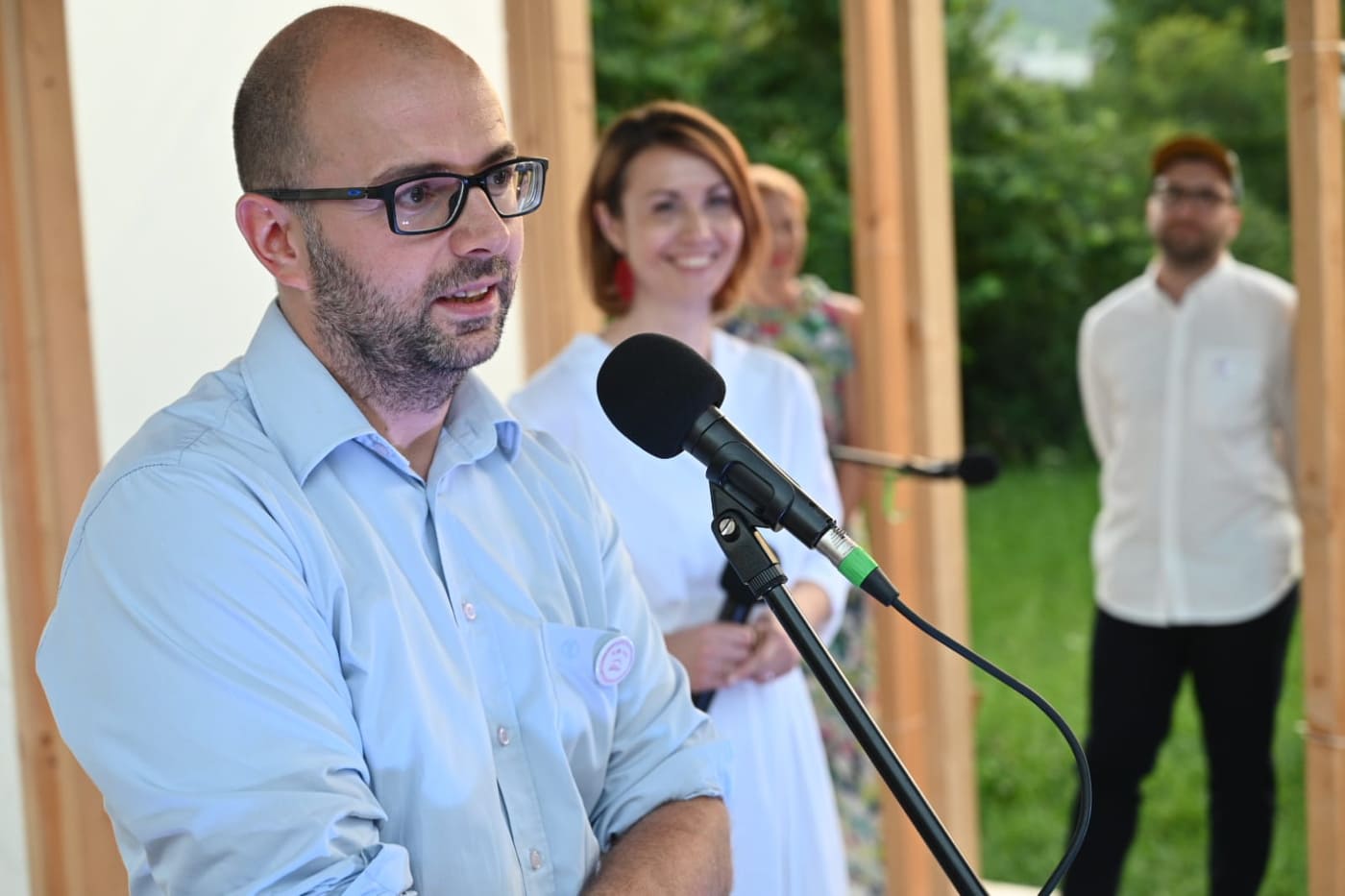 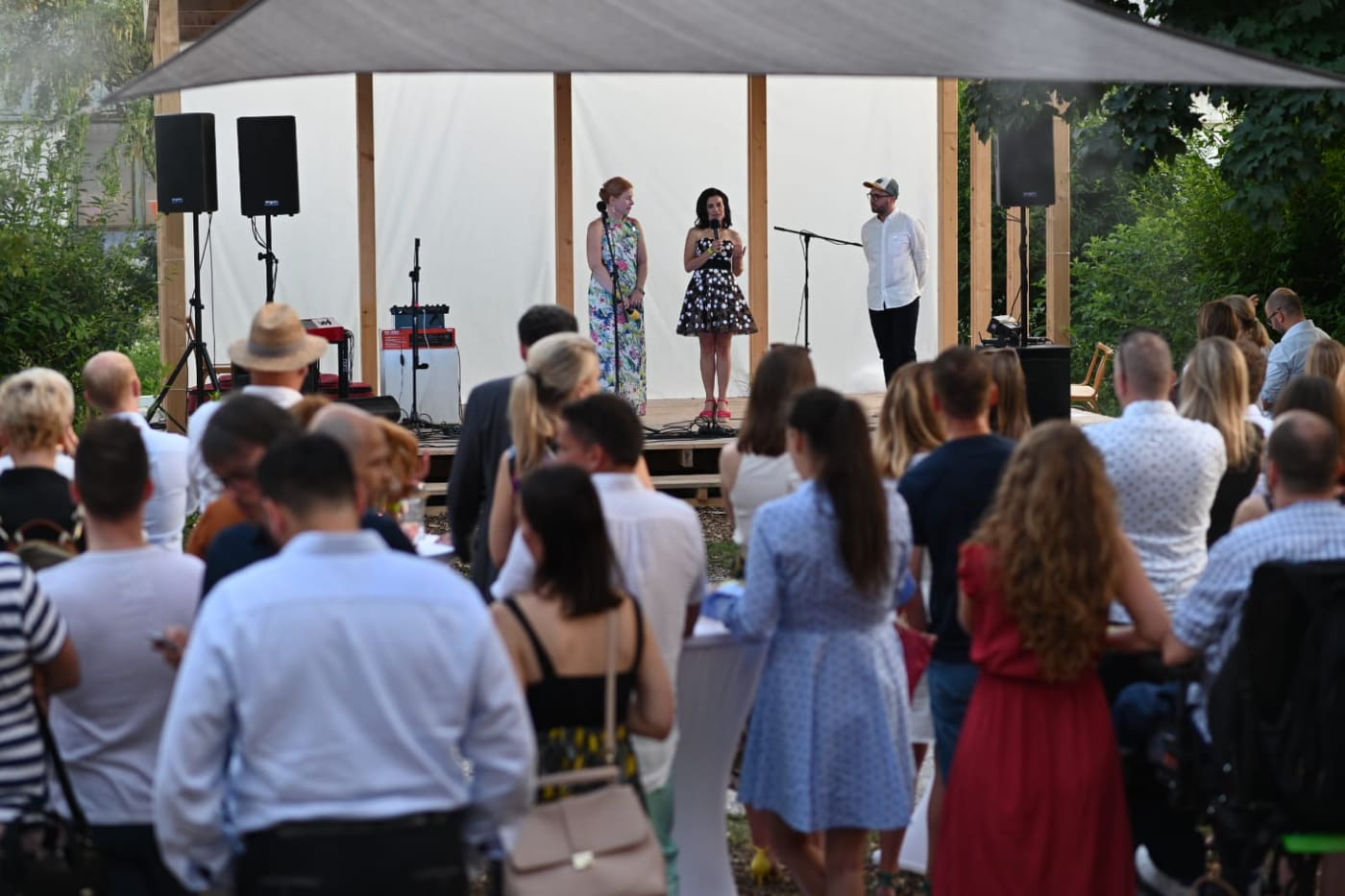 “The Pontis Foundation has a strong story and has been operating successfully for over 20 years. The vision and values of the foundation remain unchanged. Under its new leadership, the foundation will continue to contribute to improving life in Slovakia, bringing together important players in the fields of education, transparency, inclusion and responsible entrepreneurship,” says the current Director Lenka Surotchak, who leaves after 17 years for family reasons. “We want our family to be together, and so we are moving to the United States, where my husband has a long-term job and its also a second home for our young children,” explains L. Surotchak. She plans to continue to work for the foundation from the position on the board of directors. 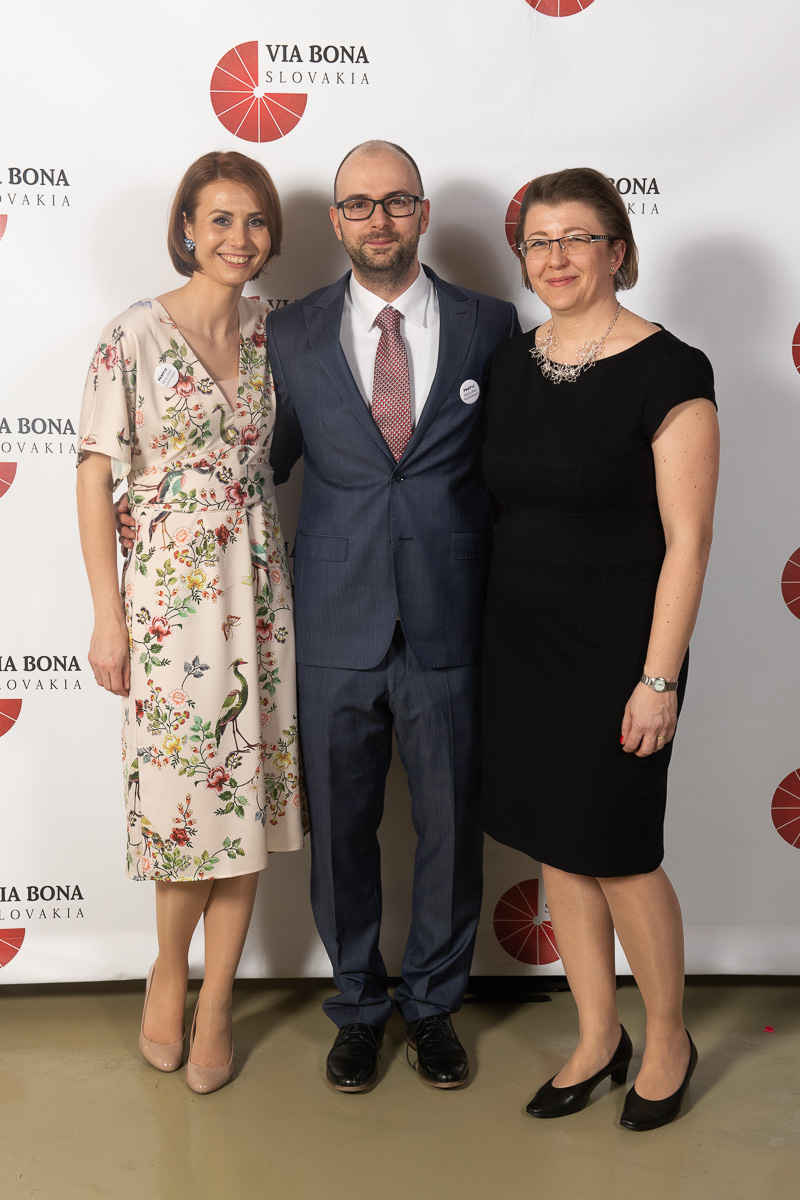 The management team of the Pontis Foundation will be narrowed down by one person and will consist of three members. Two Executive Directors – Martina Kolesárová and Michal Kišša and Financial Director Slavomíra Hvizdošová.

Until now, the new executive directors of the foundation, Martina Kolesárová and Michal Kišša, have served as its programme directors. “They have been part of all the decisions that we have made together as the management of the foundation. They both know the foundation intimately and have a clear idea of the needs of Slovakia and the role that the Pontis Foundation plays,” explains Surotchak. The executive directors will continue to bring all strategic decisions together. “Our vision for the future of the Pontis Foundation is to come up with effective solutions to the problems which trouble Slovakia, and we also aim to be an inspiration for similar activities abroad,” says Michal Kišša.

“At the Pontis Foundation, decisions have been made very democratically even until now. The important ones always arose in agreement with the broader management,” says Martina Kolesárová. “Operating with two equal directors is a natural continuation of our organisational change towards the so-called ‘team of teams model’, which we started more than a year ago. We have introduced decentralised management and thus, we strengthened the autonomous functioning and decision-making of smaller teams,” she adds.  The directors will decide autonomously about the thematic areas covered by the foundation. Martina Kolesárová will be responsible for the agendas of education, inclusion, social innovation, and strategic philanthropy. Michal Kišša will be responsible for the agendas of responsible entrepreneurship and transparency.

The concept of two directors is nothing new, although it is quite unusual in Slovakia. Several firms, such as Oracle, Salesforce, Deutsche Bank, and BMW Foundation have tested the concept abroad. So far, their experience has shown that more than one executive director can help a company achieve more, as each director has her/his own areas for which s/he is responsible and, therefore, can handle more in terms of capacity. 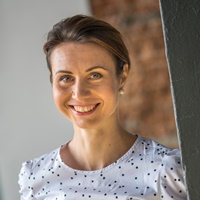 Martina Kolesárová (39) has worked for the Pontis Foundation for almost 4 years now. She was in charge of fundraising and developing cooperation with social innovators. She was involved in the birth of programmes such as Future DIFFERENTLY and This Is 21. She had started her professional career after completing her studies of History and English Language at the University of Prešov and Political Science studies at the Central European University in Budapest. She had worked for the British Council and the Slovak Renewable Energy Agency. She had lived abroad for four years working for a corporate social responsibility consulting firm in Tel Aviv. In Washington, she had worked as a senior volunteer for international foundation Ashoka which supports social innovators worldwide. 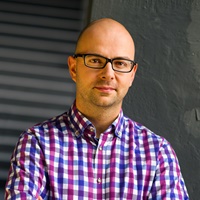 Michal Kišša (39) has worked for the Pontis Foundation for 12 years now. From the beginning, he has focused on the issue of responsible entrepreneurship. He helped launch responsible entrepreneurship reporting in Slovakia, cooperated on different CSR publications and helped prepare corporate responsibility strategies and reports for several companies, such as Slovak Telekom, dm drogerie-markt, Orange Slovakia, VUB Bank, Slovnaft, New World Resources, Accenture, and Západoslovenská energetika . Since 2015, he has also worked as an executive director of the Business Leaders Forum which brings together responsible firms in Slovakia. He studied English Language and Literature and European Studies at Constantine the Philosopher University in Nitra. 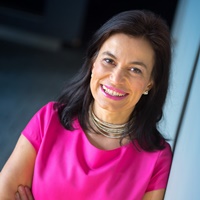 Lenka Surotchak (48) has led the Pontis Foundation strategically and executively since 2002. She was involved at its beginnings as well as during its transition to a Slovak organisation. Before, she had lived in New York and worked for the Foundation for Civil Society and other non-profits and think tanks in the US. She graduated from Journalism at Comenius University in Bratislava and Public Policy at New York University. In the Pontis Foundation, she has been involved in all strategic changes. Under her leadership, the foundation launched projects focused on corporate and individual philanthropy, volunteering, and development cooperation abroad. She is also a pioneer in the field of corporate responsibility (CSR). In autumn 2019, after 17 years, she is moving from the position of the executive director of the Pontis Foundation to its Board of Directors.