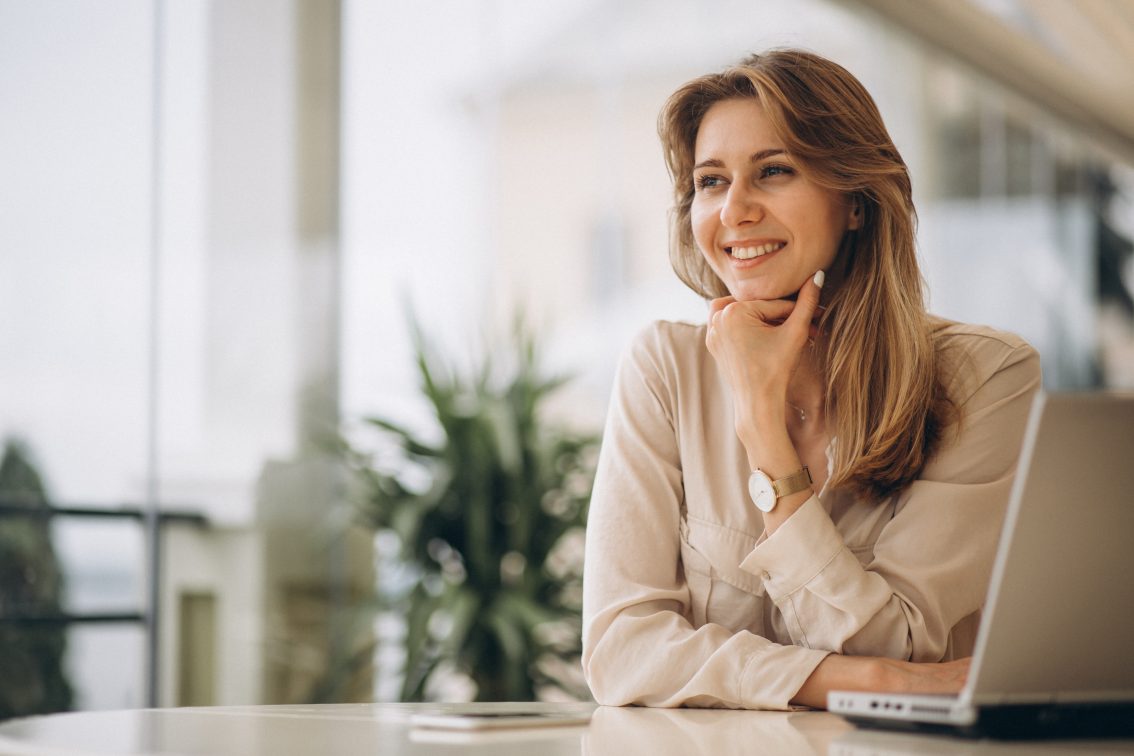 Support for women in leadership affects women as well as men

Concerning gender equality, Slovakia is on the tail among the countries of the European Union. The coronavirus pandemic has exacerbated this problem. What are the barriers that prevent women from growing their careers? Should quotas be used in the management of companies? These were among the questions we asked at our event entitled Women in Leadership, which took place on the 10th of May for member companies of the Business Leaders Forum and our Charter of Diversity ambassadors.

“There is plenty of misinformation about women and their rights, so data and facts need to be brought to the subject,” said Miriama Letovanec, an analyst and public policy expert, and co-founder of the Žemy initiative, which opened the event with the latest data on gender equality and equal opportunities.

According to the European Institute for Gender Equality, Slovakia is on the tail of the European Union in terms of gender equality and equal opportunities. Only Romania, Hungary, and Greece score worse results. We perform similarly in the field of women in leadership. On average, only a third of women participate in decision-making processes, whether it is in politics, the private sector, science or research. According to M. Letovanec, however, this is not only a problem of Slovakia but concerns several post-communist countries, including the Czech Republic, Hungary and Poland.

The pandemic has exposed women’s work

The pandemic, which affected women significantly more than men, also had a huge impact on gender equality. Besides the fact that women do much unpaid work, the pandemic, and the related distance learning for pupils and students, has further increased the level of care for the household and its members. Also, the sectors most affected by anti-epidemic measures are mainly represented by women. 86% of women work in the field of care-taking, 76% in the field of health care and up to 93% in education.

“What can help us cope with the unprecedented crisis is the Recovery Plan,” says Ms Letovanec. She adds that it was very important for this aid to go to the most affected sectors and, thus, have a positive impact on women too.

While there is a relatively broad consensus on the need for more women in management, many companies and public institutions think that if this issue is actively addressed, for example, by quotas, it is an artificial interference in the natural course of things.

Plzeňský Prazdroj aims to increase the share of women in senior positions to 40% by 2023. Before that, however, it had long had the philosophy that the company should reach a higher number of women in management in a natural way. Pavlína Kalousová, director of corporate relations and communication, initiated a study after joining the company. The study looked at what the company had done to advance in this topic in the last five years. “The data showed us that although we succeed in changing the corporate culture, there was no real impact on the increase in the representation of women in managerial positions,” she said in a panel discussion focused on sharing good practice. “We realised that for something to change, we needed to set specific goals. It is only when you set a specific goal that the environment begins to change so that you can achieve this goal,” P. Kalousová added.

At Unilever, they strive for a balanced share of men and women in management, but they do not see this goal as a fixed quota but rather as a long-term vision. “We try to capture this issue at the beginning of employees’ careers. We provide them with opportunities for personal development, and access to mentoring, and help them build their experience so that they can move forward,” says Zuzana Kuťková, HR People Partner Lead for Unilever Czech Republic and Slovakia.

Where should businesses start if they want to have more women in higher management?

At Accenture in 2017, some divisions were far from the goal of equal representation of men and women, which the company had set globally. The main problem was the low representation of women in the IT sector. They had to take many active steps to find women to whom they could offer a job. Measures to support women have been tailored directly to the needs of their employees.

“We have developed a concept entitled female career lifecycle. We tried to identify the things that a woman needs to achieve or meet in a given period of her career life,” says Lucia Skraková, Inclusion & Diversity Lead at Accenture. She emphasises the need for dialogue with employees, as well as surveys of their needs, through which the company will find out how women feel, what they need, and how they can be involved in shaping company policies.

The experience of Plzeňský Prazdroj shows that education is an important first step. Prazdroj organised several workshops on gender equality, on why gender diversity is important, where there are barriers, but also how each of the employees can help the company in this issue. Within HR, they are working on how to change the recruitment system, how to help teams develop careers of talented women, and they also plan to focus on greater support for parents.

At Unilever, gender equality issues are rooted in corporate culture, so they are a little easier to communicate. “We try to take this into account when hiring employees. More than experience, we care about one’s attitudes and whether he or she considers inclusion as one of the essential values,” says Z. Kuťková.

L. Skraková emphasises that it is very important to return to the essence and explain why it is important. “We perceive that this topic is very polarising because cultural prejudices are still strongly present in Slovakia. Therefore, it is necessary to work actively with men, but also with women, who do not receive the support of women so naturally and automatically,” she states, adding that Accenture has proved its worth in the broader framework of promoting diversity and inclusion, which is not limited to gender equality.

According to P. Kalousová, it is clear that many people take the issue of supporting women in leadership very personally, and perceive it even as a certain threat. “It is necessary to be sensitive, but on the other hand, we need to communicate transparently and unambiguously about what our values and corporate culture are, from which we will not move away. Gender diversity must not be communicated in such a way that it is an advantage for only one group. It is necessary to talk about it as a common thing. We also need to show the view of men-leaders, what benefits they see in mixed teams, what benefits it brings not only to them personally but also how it can be beneficial for the business strategy,” she says.

Unilever is an example that if diversity and inclusion are firmly rooted in the company culture from the very beginning, employees can discuss differences in opinions correctly within internal communication channels. “Some employees even naturally became ambassadors of these topics,” says Z. Kuťková.

Katarína Navrátilová: You do not need to be perfect in everything

Katarína Navrátilová, who has been working for Tesco for over 20 years. Currently, she holds the position of General Manager for Tesco in the Czech Republic, before she worked as Product Director for Central Europe. She shared her inspiring story at the BLF Relay. For several years, she has also been a member of the Board of Directors of Tesco Stores SR, thanks to which Forbes magazine has placed her in the ranking of managers in the highest positions in Slovakia. What helped her the most in her career?

“I have always felt supported by my managers,” says K. Navrátilová. Her career, family background, as well as her mentors helped her the most in her career growth. One of them was Alison Horner, the then HR Director of Tesco, who helped her realise that it is not possible to be the perfect director, the perfect mother and the perfect partner, all at the same time. “Alison helped me realise the need for balance, to perceive myself not as perfect, but as successful. I am grateful to her for who I am today,” she adds.

Don’t be afraid to talk about your needs

Katarína speaks openly about the fact that it has not always been easy to combine motherhood with work. Her husband helped her a lot. When she was given the opportunity to work in Turkey as head of business and a member of the board of Tesco, her husband left his managerial job in the Czech Republic after 14 years and moved to Turkey. They often encounter the opinion that they are not a “completely normal family”. “It is quite odd to see that people perceive it as natural if a woman decides to end a career because of a man and stays at home, and how unusual it seems to them if a man does the same thing.”

When Katarína, during her time in Turkey, was offered the position of HR Director for Central Europe, and decided to accept it, they worked as a family for several months at a distance. “In retrospect, I realise that I should have thought more about what would suit me best as a mother and wife, not what was the best for the business. I should not have been afraid to communicate it. ”

Therefore, her advice is: Don’t be afraid to stand up for yourself and communicate your needs openly. It will not hurt to ask.

A great opportunity for women who are or want to become leaders is the so-called Lean In Circles. These are small groups of women who, under the leadership of a group leader, meet regularly to support and educate each other. There are currently 33 of them operating in Slovakia.

The circles are based on the global Lean In initiative, which was established in 2013 to support women in achieving their goals and gaining healthy self-confidence. “Our goal is to create a community in which women want, encourage and inspire each other,” says Katarína Trnová, Marketing & PR Director of Lean In in Slovakia. One of the activities of this initiative is also erasing stereotypes in companies and helping to create an inclusive work environment.