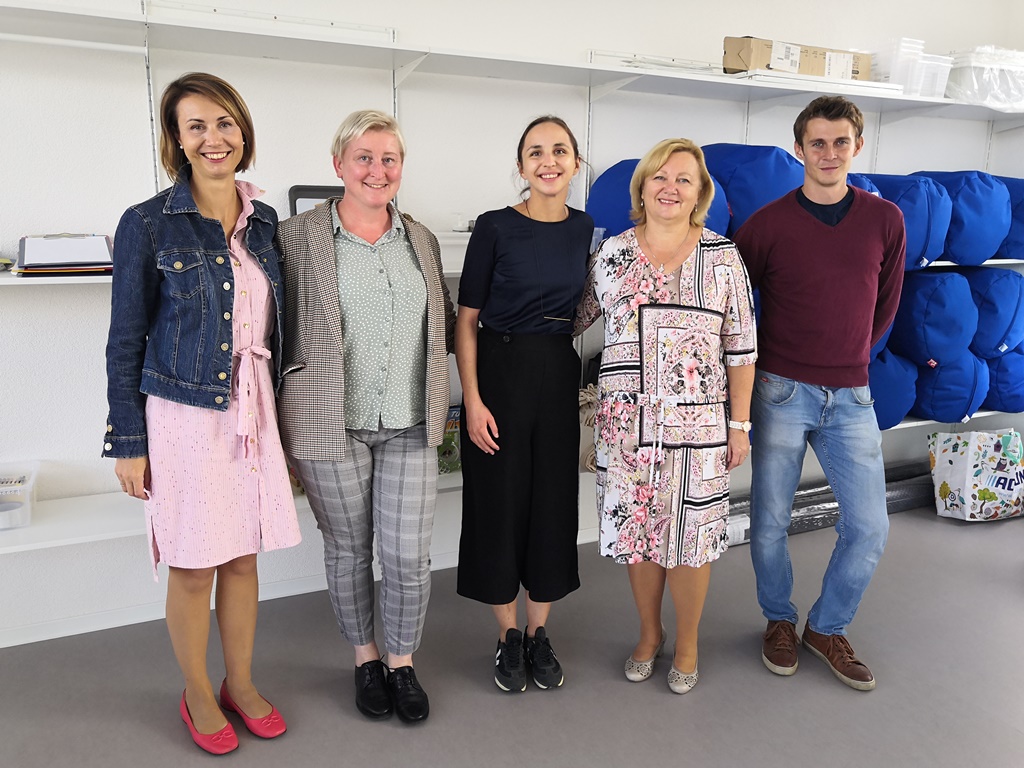 We have opened the second Open Future centre in Zvolen

The Open Future Centre in Zvolen, which was supported also by the City of Zvolen, is the second of its kind in Slovakia. In a modern coworking space, children acquire the skills needed in the 21st century, such as digital literacy, teamwork, creativity. An important part is also the creation of children's social innovation, i. e. an activity that will bring a solution to the problem in their communities or regions.

After Trnava, where we opened the first Open Future centre in 2019, we decided for Zvolen. Thus, second-grade pupils of the primary school of Zvolen have gained an opportunity and space to develop their digital and soft skills, entrepreneurship and talents. The programme peaks with the creation of children’s projects for solving problems that they perceive. We were able to open the innovative club also thanks to the cooperation and help by the local government. “A project of a similar nature has not yet been implemented in our country, so I am very pleased that we are the second town in Slovakia to have this opportunity,” says Zuzana Almáši Koreňová, head of the education department in Zvolen. According to Almáš Koreňová, the innovation that the children have to create is also an interesting part of the project, which can help at the local level.

The innovative club was established in Zvolen at the Petr Jilemnický Primary School 1, attended by a higher number of pupils from socially disadvantaged backgrounds. “Our goal is to communicate to children that there are various opportunities that they can take, regardless of the background from which they come,” explains M. Kolesárová. School principal Anna Cúttová welcomed the choice of the location of the new centre: “We bring different activities to our pupils. The Open Future programme differs from them in the possibilities it offers. I believe that it will bring children new experiences and topics that will interest them. I really appreciate that the programme is accessible to everyone.”

Recruitment of participants to the centre is currently underway. Due to the pandemic, pupils visit the centre class by class. Children will not mix with other grades. They will be included in the programme with their classmates. They will be accompanied by a programme coordinator from the Pontis Foundation and trained mentors, students of the Matej Bel University in Banská Bystrica, as well as inspiring people from civic associations and companies from the region.