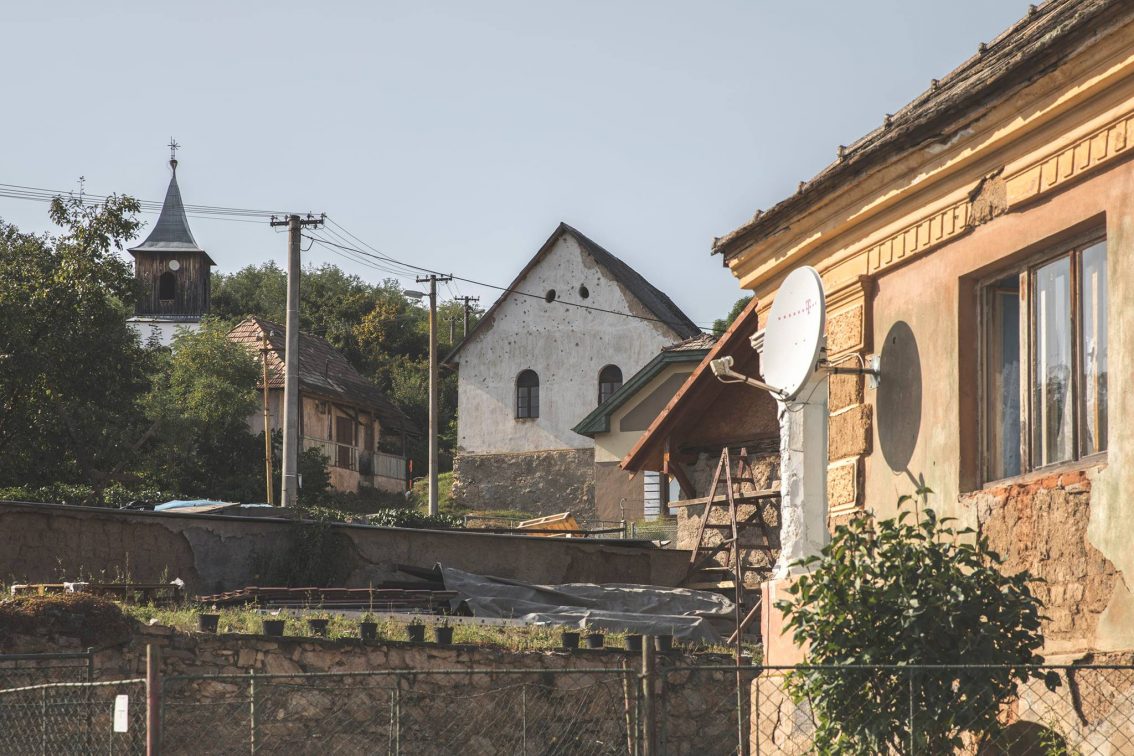 We now know who was awarded the grant from our Shine grant call: social innovation will liven up the least developed regions

In cooperation with the Swiss Re Foundation, in April, we announced a Shine grant call aimed at supporting social innovators. From 35 submitted projects, we selected a winner, which is a civic association entitled Posledné domy (tr. The Last Houses). The organisation focuses on the development of economically poorer regions of Slovakia. Besides the financial support, the association also receives six-month mentorship from business experts from around the world.

The winning project aims to attract new inhabitants to the regions of Central and Eastern Slovakia. It thus responds to the economic inequality of the regions, which in Slovakia is one of the highest in the European Union. While the Bratislava region ranks among the most developed, the regions in central and eastern Slovakia lag behind significantly. “Young and educated people often leave these areas, mainly due to a lack of career and business opportunities. There is a lack of leaders in the regions who would act as the initiators of social change,” says Lívia Gažová, an architect and activist who works for the civic association Posledné domy.

The association wants to reduce economic differences by transforming unused older houses that are part of the architectural heritage. They will be able to serve, for example, people from bigger towns who want to live in the countryside. “We will attract new residents who could subsequently become economic and social engines of regional development,” Lívia adds. They want to renovate the property using traditional techniques and employing the local workforce.

The civic association wants to contribute to the growth of the economy in less developed regions, activate the local community, preserve the cultural values of the architectural heritage, and thus prevent further degradation of these areas in Slovakia.

Financial support and professional mentoring as a reward

The Pontis Foundation, which has long supported and developed social innovations, also participated in the evaluation of the submitted projects. “The winning project connects several actors – the local government, private owners and civic organisations. We consider such thinking and focus on the collective impact a guarantee of successful social innovation,” says Martina Kolesárová, executive director of the Pontis Foundation.

The association will receive a financial reward of 5,000 euros from the Swiss Re Foundation. Further, the project applicants will participate in a six-month acceleration programme, which begins in September. It will include mentoring, coaching and education from world business experts from Swiss Re. The role of the social innovators will be to develop a sustainable business plan for their idea. After a successful presentation of the plan to the jury, the organisation can receive another 15,000 euros for the implementation. The final phase of the Shine programme focuses on monitoring and verifying the impact of the supported project.

About the Shine programme

A total of 35 organisations submitted their project to apply for the programme. The projects focused on modern solutions in the fields of environmental protection, smart agriculture, access to health care and reducing economic disparities. The independent international committee decided that the winner would be the civic association Posledné domy (tr. The Last Houses) with their project entitled Community Development in the Least Developed Regions.