We Presented the First SDG Awards

They are active in protecting the environment, helping the disadvantaged and vulnerable, interconnecting and educating. For the first time, the Pontis Foundation awarded organisations, institutions and individuals for their contributions to the Sustainable Development Goals.

At the BLF CSR Summit 2019, the largest responsible entrepreneurship conference, on the 12th of November, we hosted the first award ceremony for the SDG Awards in the following categories:

17 Sustainable Development Goals (SDGs) were defined by the United Nations in 2015. The idea is that only by the cooperation of different actors we have the power to end poverty, fight inequalities and stop climate change. As part of the Via Bona Slovakia Awards, the Pontis Foundation has already twice presented awards to companies which contribute to one or more of these goals.

“We felt there was a need to focus more on this issue. We believe that by showing examples of various initiatives from the public, private and civic sector, we also motivate others to make a change in favour of sustainability, fairness and accountability to the environment and the planet,” explains Michal Kišša, executive director of the Pontis Foundation.

Winners of the SDG Awards 2019

For the long-term interconnections and improvement of the cooperation of the public and non-profit sectors.

The Office acts as an intermediary between non-governmental non-profit organisations, the government and the public administration. It provides a quality and comprehensive source of information on the development of civil society as well as on the need for public involvement and participation. It is a contact point for communication and coordination of non-governmental non-profit organisations with contact persons in relevant ministries, and relevant government bodies and organisations.

For fighting food waste and helping people in need.

The Food Bank Slovakia collects free food from different donors and stores and distributes it to humanitarian and charity organisations which provide food aid to people in need. The Food Bank’s work is volunteer-based. This year, it will help approximately 97,000 people in need in Slovakia. It also helps reduce food waste at the retail and consumer levels.

For erasing prejudices and stereotypes about the employment of the Roma.

The Prijatelni.sk (tr. theAcceptable.sk) campaign was launched by a video inviting the public to a “whitening website” – a fictitious CV-editing product to make one acceptable to employers. The campaign led by Creative Director Robert Slovák (Goodeas) together with Barbora Mistríková (Divé maky), Yolka Udicová (Respect APP), Silvia Kušnírová (SKPR Strategies), brought attention to the problem of discrimination against Roma job seekers in a provocative way. As the experiment of the Institute for Financial Policy showed, almost half of the CVs of Roma-born applicants remain unanswered.

For educating and cooperating with firms and the public administration in the field of the circular economy.

A few years back in Slovakia, almost no one knew what to imagine under the term “circular economy”. Thanks to the team of the Institute for Circular Economics, awareness of this topic has increased significantly – Ivana and her colleagues put it into practice in cooperation with companies, local governments, and the public administration. In their work, they bring together important actors at different levels to achieve a systemic change in waste management in Slovakia.

For bringing the topic of seniors and active ageing to light and publicising it.

The topic of ageing and the quality of life of seniors in our country is still marginal. Táňa is a co-founder of the civic association Zrejme (tr. Let’s Mature) which seeks to change the position of seniors and the perception of ageing in society and to promote intergenerational dialogue. She aims to support social services for seniors based on intergenerational relationships.

They received a bioplastic award

The award nominees for the contribution to the Sustainable Development Goals were proposed by a committee composed of representatives of various sectors: the business sector, media, the public and non-governmental sectors. The committee also selected the award-winners.

The award itself is in line with the idea of sustainability. It is a product of creative studio crafting plastics! by two renowned Slovak designers Vlasta Kubušová and Miroslav Kráľ. The award is made of corn starch bioplastic which is compostable, and therefore environmentally friendly. It symbolises an honest and transparent work hidden under several layers and can only be revealed when the viewer takes a closer look at it or shines a light on it. 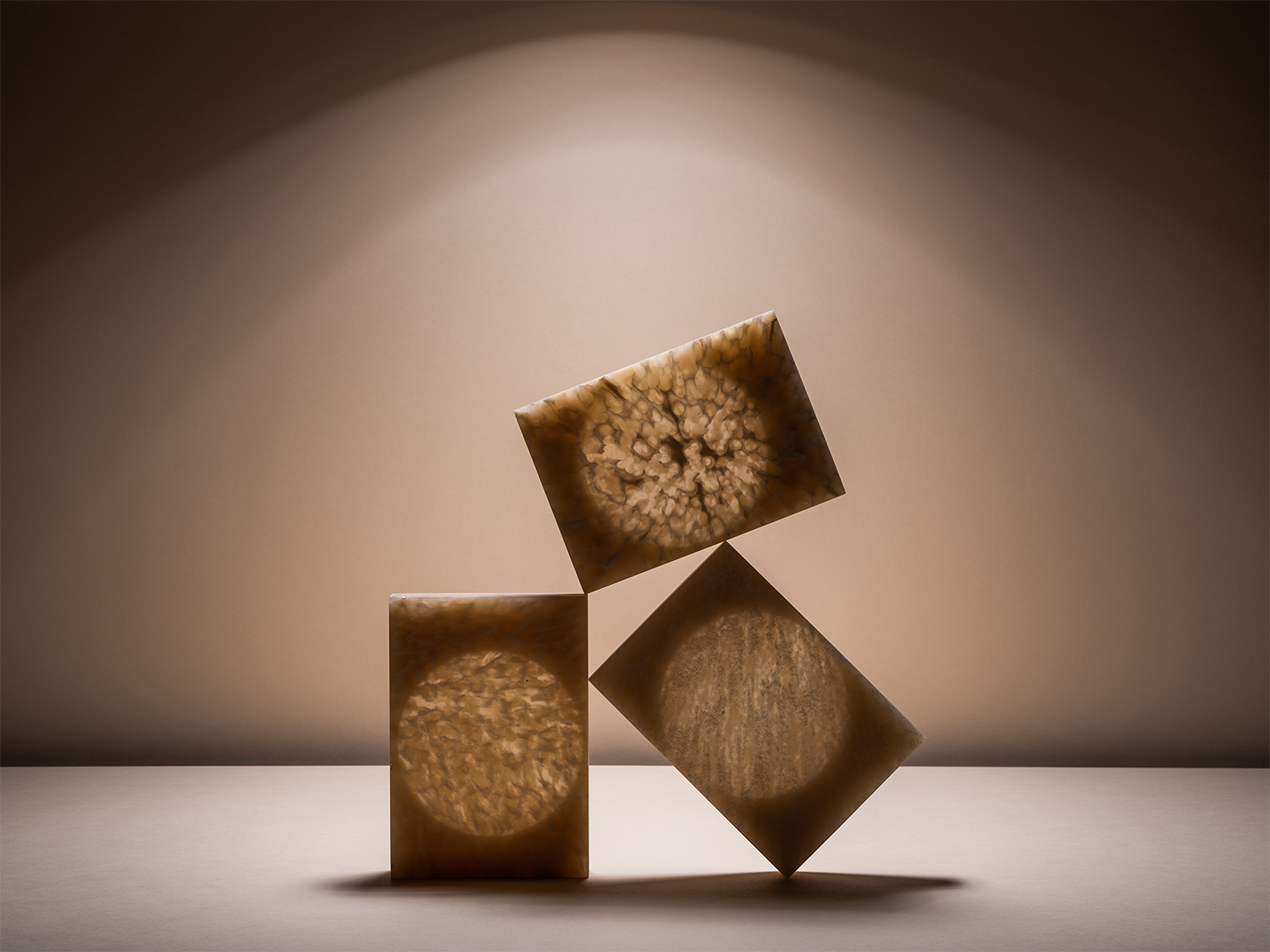